The best game a movie ever had. Escape from the Butcher’s Bay was the most distinctive & innovative game of its time blending perfectly a mixture along with complete balance of both the elements of an FPS & stealth action. Chronicles of Riddick still holds some components that aren’t found in any game yet and that’s one of the many reasons Star Breeze Studios has the guts to produce the HD version of this game as a whole new package even after all these years.

Today we take a look at the sequel which follows Riddick on his new journey. The story is begins where Butcher’s Bay ended. If you have already played the original game then you can skip the next few lines. The game starts of with you acquiring the character of a convict named Riddick. He’s been held up in a highly secured prison. As an inmate of Butcher’s Bay Riddick has to stay alive by dealing with active guards, corrupt prisoners and some mutants as you go to the prison’s underground tunnels. Carrying on the story from the end of Butcher’s Bay, Riddick & John somehow reach a large ship named Dark Athena. Riddick gets captured by the Mercenaries which are plenty in that ship. So he’s in same place where he started. Once again you will have to escape from your capturers by using all the same tactics used in the previous game. This time the game play is more action centered rather than being sneaky and stealthy. 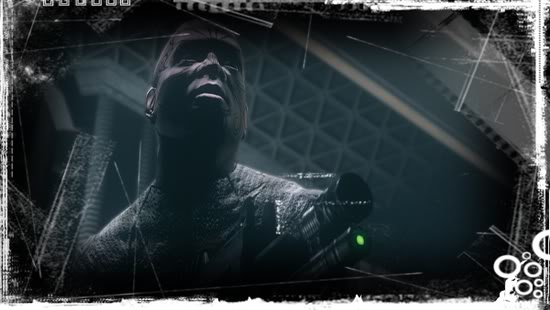 Stealth is a key element of this game. Though you can rely on weapons but you won’t last long, so sneak & attack is always a wise option. Riddick might look quite muscular and huge but in fact he’s as much a human as a normal being. That means, a few gun shots are enough to drain your life bar. A large portion of the game’s start will require you to interact with prisoners. They will assign you different tasks and in the end you will get rewarded with something useful. There are some interesting hand to hand fighting sequences which are really fun and one of my favourite in the game. This time the game also includes the Mech bonus missions which were only available in the PC version previously. The mech handling is fine but not something to get you over excited.

Star Breeze Studios use the new Athena engine to recreate the all of Butcher’s Bay graphics. The graphics aren’t that bad even after all this time and the game looks fine; but certainly show its age at certain points. Environments often look linear and the cool light effects with claustrophobic prison atmosphere aren’t enough to cope with the current graphics standards. Overall the graphics in Dark Athena are satisfying and a lot better that the recreated Butcher’s Bay. The facial elements that look edgy and cut at various points in Butcher’s Bay are no more a problem in Dark Athena. They look real and the dialogues fit almost perfect with the animations. 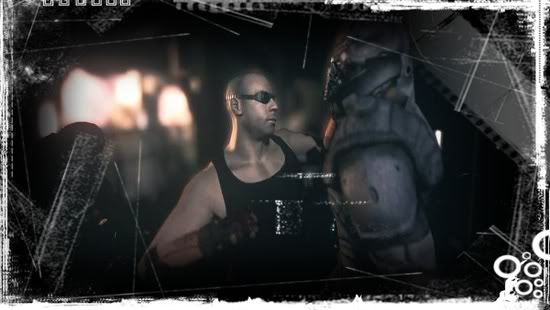 Butcher’s Bay was a flawless game in its time but as many said the biggest flaw was the lack of multiplayer. Dark Athena contains a healthy component of online play. It has usual modes like Death match and Team Death match along with some unique modes like Butcher’s Bay riot, Arena and Pitch Black. All the new modes are satisfying only if you don’t experience lag. That being said all the matches we played had a lot of lag; we strongly hope they remove this problem by providing a patch as soon as possible.

In nut shell Dark Athena is nothing new and is more or less a copy of the original game. The game fails to provide the required immersion and fun required to carry its players to the end of the story. Dark Athena does nothing special or innovative to achieve the standards Butcher’s Bay achieved at its time; rather it carries the same game to an all together new story and environment with a hope to attract gamers by a mere new name. The game play is the same the A.I is bad and the graphics are just fine making it only a recommendation for new comers. Those who have played the original title will get bored only after a few hours of play with no inspiration to play it up to the end.

Final Verdict:
GOOD
A very mediocre sequel to a classic game.
A copy of this game was provided by Developer/Publisher/Distributor/PR Agency for review purposes. Click here to know more about our Reviews Policy.