The Darkness II Review Round Up

Posted By Kartik Mudgal | On 08th, Feb. 2012 Under News | Follow This Author @KartikMdgl 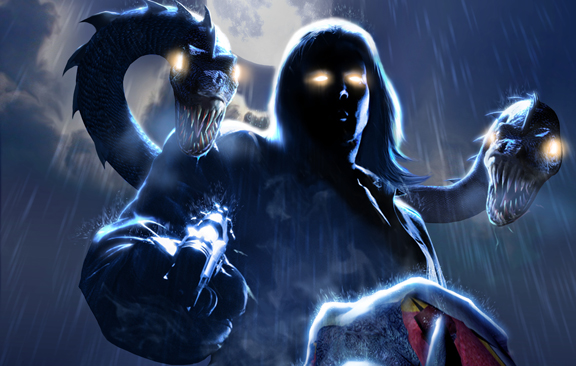 The scores for The Darkness II went live yesterday, and our review will be up soon as well. The game has received some good scores, ranging from exceptional to decent, and you can check out the prominent ones below.

The game was released on February 7th in the US, and will release on February 10th in the EU. The Metacritic is currently at 79, which shouldn’t please 2k Games, but oh well.

Check them out below:

The Darkness II is everything I wanted a sequel to The Darkness to be. It’s almost excessive in its violence, the combat is addicting, the hand-drawn Graphic Noir art style is gorgeous, and underneath it all is a game with a heart and a truly interesting story. Jackie’s a supremely messed-up individual, but we still love him because of all the crap he’s willing to go through in order to save Jenny. If you’re looking for any of these things, The Darkness II won’t disappoint.

Better A.I. and combat mechanics than the first Darkness, gorgeously painted environments, and the same ol’ omnipotent snake-headed dark force makes for one heck of a game play combination.

The Darkness II’s copious gore might upset sensitive stomachs, but it’s vastly superior to its predecessor in every respect, spinning a frantic, fantastic neo-noir nightmare you won’t want to end. Even those who ordinarily dismiss horror with a shake of the head should give it a shot.

The Darkness II is not an absolute masterpiece but, with its style and fast paced action, it can conquer so many player’s hearts. Cooperative gameplay, in the end, adds a lot of replay value to the product.

The Darkness 2 it’s an intense shooter, and while it may not be the most brilliant or the best designed, it’s definitely a great experience that FPS fans will appreciate.

The characterisation, acting and story are all spectacular – and the way it works to create connections between the player and the characters within should be taught in schools, if such schools existed. The gunplay is frantic but at the same time you feel powerful, and the art style doesn’t strive towards realism because it doesn’t need to.

Nothing in The Darkness II’s story line feels out of place or unnecessary. It doesn’t digress needlessly into side missions or other time-wasters designed to just keep you playing for longer stretches. Instead, Digital Extremes believed in the strength of both its combat system and Jenkins’ script to inspire players to play through it again once the credits roll.

While it lacks some of the openness and emotional pull of its predecessor, The Darkness II is a highly polished, immensely fun shooter that delivers a stellar mix of over-the-top gore, furious action and clever, character-focused storytelling.

Despite some problems with polish and a story that takes time to develop into something great, The Darkness II ends up as an early treat in the new year. The narrative elements help the pacing considerably, breaking up Jackie’s engaging and brutal murderfests.

The Darkness II succeeds far more than it fails. The single-player experience features some genuine emotion in its narrative, something games which don’t feature skull-extricating tentacles rarely manage to accomplish. And while the Vendettas cooperative multiplayer content feels lackluster by comparison, it’s not bad either and serves to pad out this short but otherwise delightful game.

The Darkness still packs plenty of gut appeal, with limbs being sheared and torsos torn asunder. Alas, players cannot sustain themselves on gore alone. Ultimately, the ultra violence will whet your appetite for bloodlust, but fail to slake your thirst for a truly great game.

It’s derivative, gratuitous and needlessly profane, but beneath the gruesome veneer lies a tale of – believe it or not – genuine tenderness.

Ultimately, it’s this unique style that makes The Darkness 2 worth your time. After years of chest-beating military domination, the FPS genre is starting to show signs of life in more eccentric ways. Everything old is new again, so by concentrating on character, story and giddy comic-book excess, The Darkness 2 is a more compelling offering in 2012 than it would have been in 2008.

Levels are linear and predictable, focused on ushering you from one straightforward encounter to another so that you can go crazy with those deranged arms of yours. If you are a fan of the original game, bear this in mind: The Darkness II is a fun, very short FPS without the authentic atmosphere and subtle touches that made its predecessor so intriguing. Still, if you’ve got a lust for virtual blood, The Darkness II leaks enough of it to satiate you.

Tagged With: 2k games, Review Round Up, the darkness 2