The Dishwasher: Vampire Smile is the second game in the series making it the sequel to The Dishwasher: Dead Samurai and both made with the help of Microsoft’s/Xbox Live’s own XNA game creating studio software.  The first game was a  winner in a contest in which the best XNA game studio creation won a contract with Microsoft to publish their title as a full arcade game.   Microsoft chose well because the game was a hit and it became notorious for being a dark, difficult platformer.  The Dishwasher: Vampire Smile is an excellent sequel and goes even darker in its story while you can also play the story in co-op or arcade in co-op.  That said you can choose to play the game as either ‘Yuki’ or ‘The Dishwasher’ in single player. 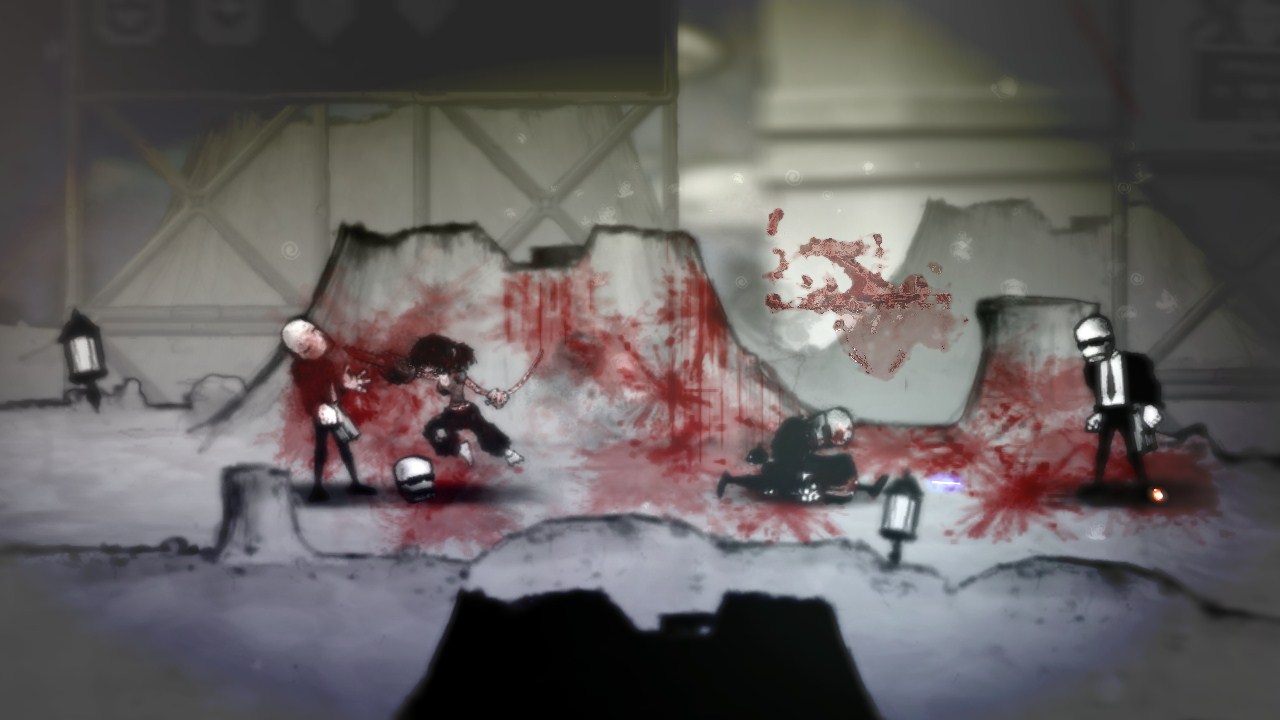 The game really is a dark one and almost a horror story in the beginning but it’s the way that you transition from a dream state to wake one that really makes it genius.  As the story goes on you embrace who you are and I would have to say you are really missing out on the game if you skip the comic strip like fading cinema scenes.  Even though I would rather have had them narrated, it adds to the game unique style that you won’t find anywhere else while never hearing the voices of the characters.  In the story mode you can play the game on easy, normal, or ninja while you will have to unlock the even harder Samurai difficulty and Speed Run mode.  There is one other difficulty that you can unlock in the game which is an even easier one that easy called Pretty Princess.  In such a dark game the developers have still managed to fit humor in the game as playing this difficulty will have you seeing hearts as well rainbows when torsos are torn in half and just dying repeatedly will automatically unlock this mode.  In addition you get an Achievement for unlocking the mode entitled ‘Reviewers Will Be Pleased’, which of course I found funny in which it was was implying that reviewers will be happy they can beat the game quickly to review it or that they are just bad at games, I don’t know, but finally some credit in a game.  Dish Challenge is another arcade style level people can compete for on the leaderboards.

You eventually get the use of a gun that has infinite ammo however enemies tend to block most of the time while using your gun.  Regardless you will still have a full arsenal of melee weapons at your disposal and can upgrade them to make them more powerful during the story.  Even Cloud’s Sword is in the game from Finally Fantasy VII along with many other weapons like a giant pair of scissors, meat cleavers, the death hammer and much more.  The mechanics are pretty much flawless with combos never being to hard to pull off.  When it comes to Arcade Mode, you can progress through around 50 stages that become harder and harder as you go along.  Depending on what arcade level you playing is dependent on what weapons are available for you to use.  Again you can go through the Arcade Mode in co-op as well making it much more fun. 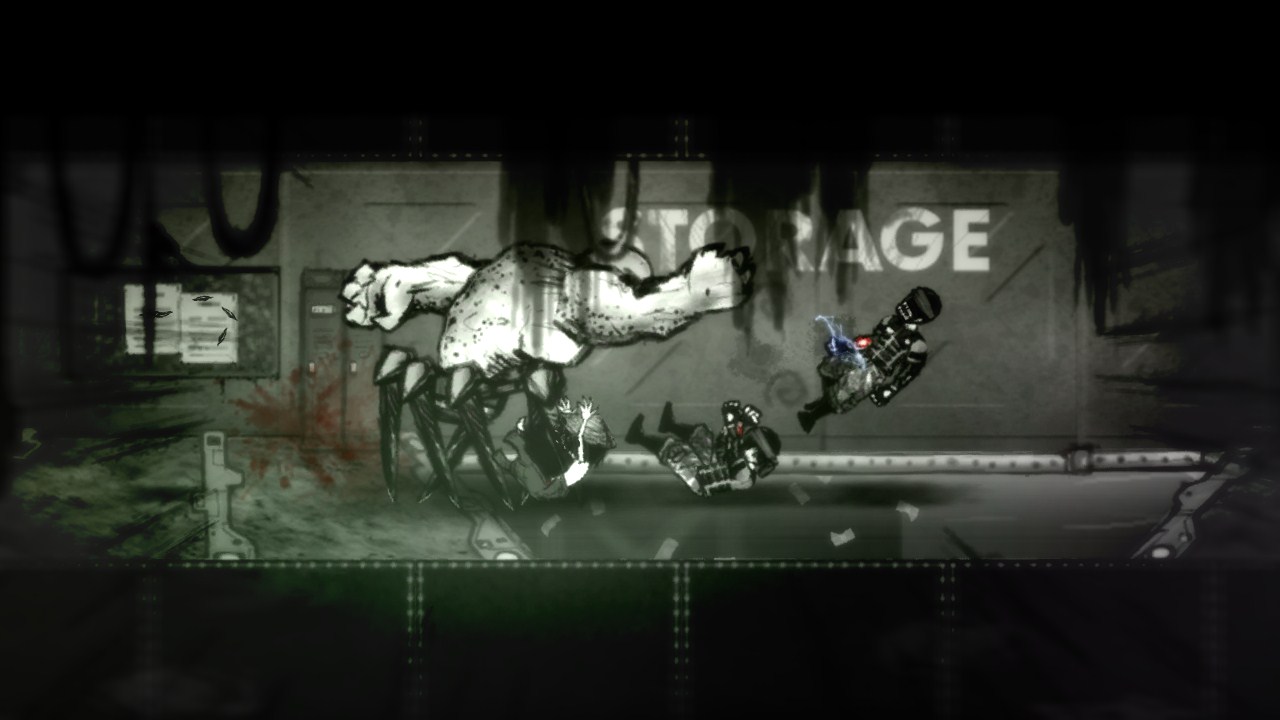 Even the music is excellent as it is a most modern sounding metal usually when battling and becomes ominously dark when not in battle.  This adds so the whole vibe of the game and is what part of makes it stand out so much from any other game.  Just the sound and background movement of the main menu shows you a taste of this.  Vampire Smile is one gory game too, even if you are play on Pretty Princess difficulty, it is like a modern day Mortal Kombat in that same sense of brutality.  The leaderboards in the game also show everything including Arcade Solo, Arcade Co-Op, Dish Challenge, Weekly Rush, Speedrun with Dishwasher and Speedrun as Yuki.  It’s like a dark Japanese Anime, only it’s not made in Japan or by the Japanese.

The Dishwasher: Vampire Smile is one of those games that are classic, if not for it’s unique style for its hard difficulty as a platformer game, or maybe both.  You might brush this game off as being a descent platform game and move on or you might keep trying to beat the game on the hardest difficulty  or keep shredding your way through all the Arcade levels with a friend.  This game a true dream for platform whores as it will challenge them in many ways while you’ll have to use strategy and combos at the right time to beat this title at its toughest.  This game is well worth 800 Microsoft Points though with out a doubt, especially if you have a friend to play it with.

Dark story that is not typical of what we see in games making this a true piece of art. Co-op in story mode or the nearly 50 Arcade levels.

Cutscenes are comic strip style, so you will be reading the story instead of hearing it. Can get very difficult.

Final Verdict:
SUPERB
The Dishwasher: Vampire Smile is just as gortastic as the first game only with even more new features and new story that is well though up.
A copy of this game was provided by Developer/Publisher/Distributor/PR Agency for review purposes. Click here to know more about our Reviews Policy.