The Division: Base of Operations, Main Characters, And Level Cap Explained

More details pour in for The Division. 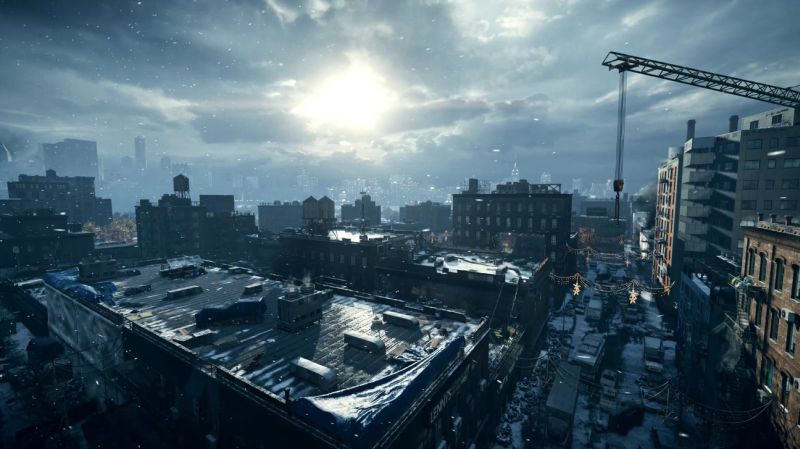 The Division is about a game in which a virus has wracked humanity, and a bunch of survivors are trying to take back New York City. It’s not a new premise for a game (or for anything, really) by any means, but it is a pretty novel setting for an MMO.

In The Division, you overall progress in reclaiming New York City, so to speak, will be represented by your Base of Operations, which will continue to grow and develop as you ‘save’ New York. So sort of like your villas/homesteads/towns in Assassin’s Creed, or the Mother Base in The Phantom Pain, or Colony 6 in Xenoblade, but something far more automatic.

“Players are invited to take back New York and restore order in the city. This process has a visual representation in the Base of Operations. The BOO is a bastion that players save from a siege, and that they restore progressively as they complete missions in the open world,” Ubisoft said. They noted that each Base of Operations will have three wings (Medical, Security and Tech), which will each lead to unique main storylines through the games. Players will interact with different characters in each wing, which gives them the impetus to embark on new missions. Players will be allowed to tackle missions in any order they want by alternating between the wings.

Finally, they discussed the game’s level cap, which appears to be 30. 30 sounds low, but it is exactly what Destiny launched with two years ago- and like Destiny, Ubisoft will probably raise the level cap here with future expansions. Plus, they promise, Level 30 players get access to a whole range of post game content.

“At maximum level players unlock ‘Challenge Mode’ difficulty for a few select missions, the hardest difficulty in the game at launch and offering some of the best rewards for the most hardcore players. Crafting is another end-game activity, players will have to gather the Blueprints and materials to make some of the best items in the game. Often these Crafting materials drop in the DarkZone and at Maximum Level there is a dedicated DarkZone bracket meaning that players will only encounter other Level 30 Players.

“Between the DarkZone and Challenge Mode you have the perfect places to try out your latest top tier item acquisitions offering a mix of both PvE and PvP content. And finally there is still the rest of the open world to explore, players can return to anywhere in the world to finish off any side-missions or collectibles they missed while leveling,” Ubisoft said.

The Division is out in march on PS4, Xbox One, and PC.