The Dwarves Wiki – Everything you need to know about the game

Everything you need to know about The Dwarves.

The Dwarves is an upcoming story driven fantasy RPG that is slated for release on the Windows PC, Linux, OS X, Playstation 4 and Xbox One sometime in 2016. The game is being developed and published by KING Art Games. The game was funded on Kickstarter. The campaign was launched with a goal of hitting at least $260,000 and the development team was able to raise more than $310,000. While the team has taken it’s campaign off of Kickstarter it is still accepting donations through PayPal.

The Dwarves was officially announced at the end of July, 2015 and the developers showed the game off for the first time at Gamescom. On September 1, 2015 the Kickstarter campaign was officially started. Within the first few days, the game was able to raise more than $100,000. On September 15, the developers announced they were bringing back a composer the German company has used before in several of their other games in Benny Oschmann. Oschmann has recorded music for The Book of Unwritten Tales, The Raven and other games for multiple companies. At the same time the firm announced that it had also started work on recording the voice acting. KING Art did reveal that most of the dialogue had not been finished yet but they wanted to have something finished and ready to show off at Gamescom.

During the fundraising portion of the Kickstarter campaign, the company stated it had hit a number of different stretch goals, including the ability to bring the game to the consoles as well as adding new missions, an entire orchestra to help with music, new characters and several new quests. Eventually the game got local co-op added to the gameplay and the company announced this local co-op could be played by up to four different players. The developer has not announced exactly when the game is going to be out but Q2 2016 is currently the target. 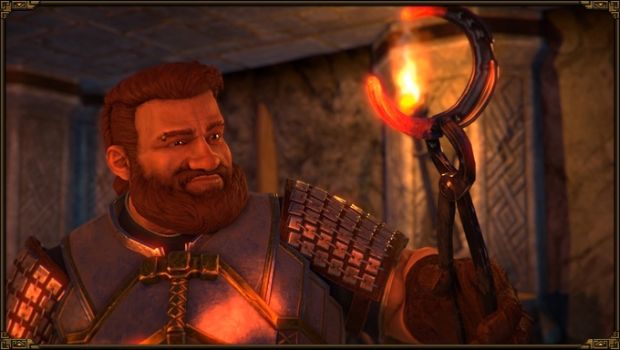 The story of The Dwarves is actually based on the first of a series of books written by German author Markus Heitz. The user will play as Tungdil, a dwarf who was raised among humans and gained his knowledge of the five Dwarven Kingdoms primarily from books. At the beginning of the game, he sets out on a grand journey across Girdlegard – a large conglomeration of kingdoms that was once fairly peaceful but is now more dangerous than ever. The developers have said that they wanted to stay as true to the books as they could, but also needed to put their own touch on the game’s story. This means that people who have read the book series will recognize aspects but will also be presented with new adventures, enemies and characters. As the title might suggest, dwarves are put front and center throughout the game. 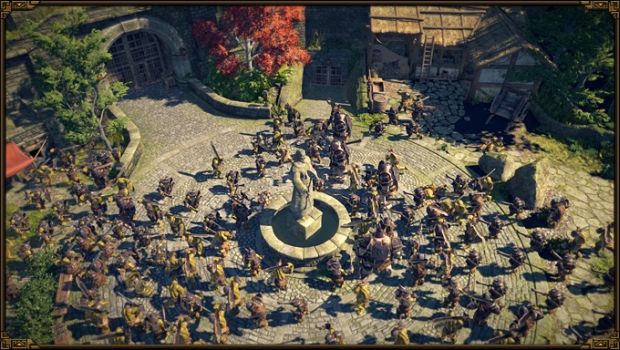 The gameplay has promised that players can expect physics-based combat and a new kind of battle physics called “flocking.” Using this mechanic, the developer explained that “If a dwarf lands a mighty blow with a heavy war hammer, struck orcs are thrown back, and some of them might even be pushed into an abyss.” The developer has said that a large part of the game will involve the player traveling across the game world on a world map that is alive with allied armies, enemy hordes, and NPCs that can act as allies or at the very least aid you if you have the right materials (as with traveling salesmen). When the player meets allies or merchants they can talk to them, buy things, and perhaps receive a new quest. There are also random events and encounters that can occur anywhere in the world. The degree of these random encounters varies wildly. At times these are small side missions that have little bearing on the larger gameplay and other times these encounters call for tough decisions and might have far-reaching consequences.

There are hundreds of waypoints on the map that players can travel to. There will be frequent switches from the world map to a more detailed view, where players can explore important locations and solve hidden puzzles. The several hundred waypoints are connected by lines and the journey from one point to another takes one day. During each journey injured party members regenerate one injury, as long as the party has enough provisions. As Tungdil the player sets out to gather a group of up to 12 companions to travel with. These companions can either be recruited or hired. Before each battle kicks off, the player picks up to four heroes to accompany them into a fight against hundreds of enemies at once.

Each playable character has a set of skills that can be learned or improved during “level-ups”. They can be obvious skills, like an especially powerful attack or a new spell for the team’s mage. Some are unusual talents such as camouflaging and walking through enemy lines undetected. That same character can power up that skill to the point where they disguise as an enemy soldier and cause quite a bit of confusion. 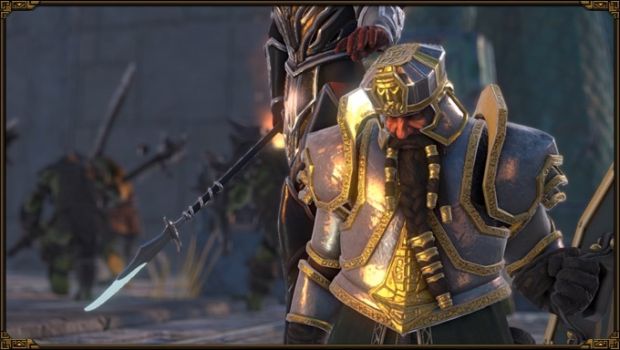 Tungdil is the main character and the main hero of The Dwarves. He will spend most of the game traveling with a number of other heroic dwarves. Most of the other characters the players will be able to take over have not been named though there are a few other heroes named by the developer. KING Arts has named Rodario, who is an actor and has the ability to use the camouflage and disguise skill as another one of the dwarves that will be in the player’s party. In total there are said to be about 50 distinctive characters, respectively character classes/races, in the game. Enemies are going to be spread out over a range of different races such as Orcs. Not all of the enemies have been detailed or divulged.