The Escapists 2 Review – A Prison Full Of Fun Hurdles

There's a lot of skill needed to escape these prisons.

It looks like it’s back to prison in the sequel to 2015’s prison-escape hit with The Escapists 2. The developers at Team 17 made sure that when returning fans played it this time around  it would be like putting on a comfortable old shoe. However, new players won’t feel left out as this game is a fresh start of sorts. Though there is enough here to make this game feel like a worthy sequel, everything still seems to be familiar as the original, and even that nostalgic 8-bit graphic-style is still as welcoming as ever.

You’re basically a criminal and you’ve been locked away in prison. Why? How? Who knows? The Escapists 2 doesn’t focus on any real story, but rather mini cut scenes with cute little sprites that give you all the information you’ll receive on what exactly is going on around the prison. The gameplay focuses on finding your way out and finishing the level with yet another little cut scene. You’re pretty much in this alone story-wise, but it won’t feel too lonely when you first begin your escape.

Getting out of prison won’t just involve sneaking past a few guards. The Escapists 2 has a high challenge rate where enemies are plentiful, and much of the game is unforgiving. Opportunities will pop up where your character will be able to make deals for items that will help in the escape. Making friends with NPCs to trade with is key to your success.

The Escapists 2 is not a forgiving game. It won’t help you out beyond the opening tutorial and at that point the game is almost nightmarish in difficulty. If you pay attention, you’ll have to follow guard patterns and the ins and outs of patrols. You’ll eventually be able to gather items such as a shovel or rope to help you get farther through the prison as well. Some items are very confusing and will make no sense, but other items will give you that feeling that there is some hope to getting out of prison alive. Memorizing the patterns within the game is one of the hardest challenges there is. Certain areas within the game are unguarded for specific amounts of time, and memorizing these sequences and locations are just the beginning of the grueling moments you will face in order to make a clean escape. 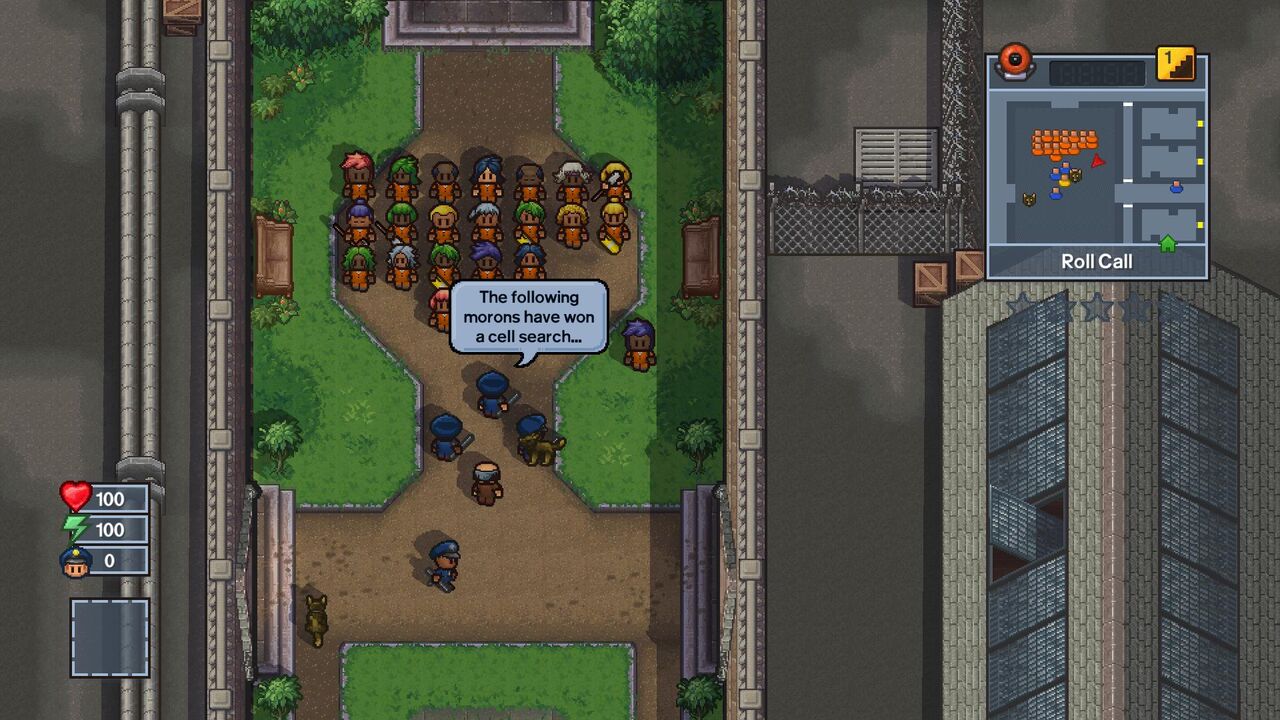 "The crafting system makes a return and you’ll quickly notice that it has been overhauled from the original game."

As everyone knows, you can’t escape prison by just roaming the prison floors and finding a door marked “Exit”. There’ll be many opportunities to travel underground through vents, hidden walls and more. There are many different paths to get around the prison system and I’m sure there are plenty I haven’t yet discovered. Wearing cool disguises is another way you can get past a few guards, but be careful, those cute little patrols aren’t that easy to deceive. It comes down to practice, practice, practice. You’ll need to plan the paths you’d like to try, and than try countless times to see whether they work.

Even though this game has some gruelingly challenging moments, it does have that sense of accomplishment when you finally escape. An escaple brings along a ton of enjoyment and interesting highs and lows. If you’re up for the challenge than you should be expecting a good time along with a lot of fun humor filled in to complement the graphics style. There won’t be a dull moment in The Escapists 2. 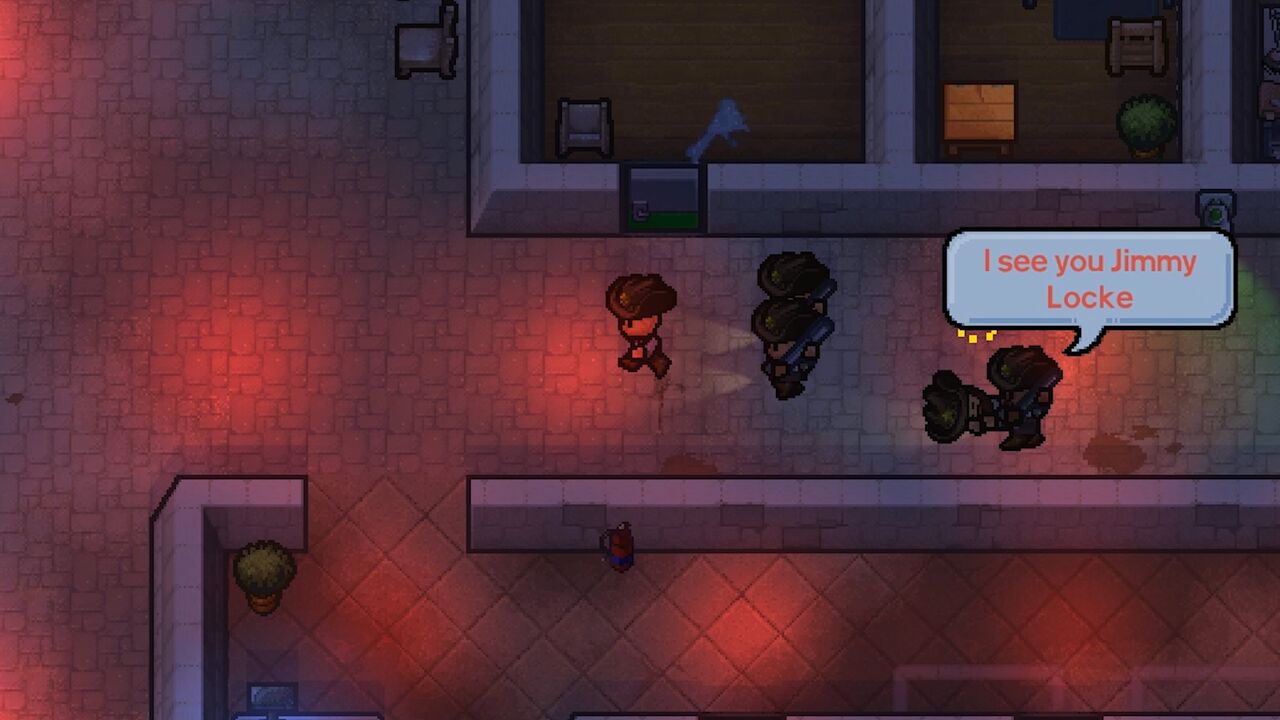 "Overall, The Escapists 2 is light on story, but heavy on strategy and difficulty."

Just like the first game The Escapists 2 is a beautifully rendered pixelated trip from the past. This popular style has become very commonly used among many smaller and indie games, and at this point might even feel overused. However, The Escapists 2 feels right with this particular look. I couldn’t imagine going down a  barren dark halls of a realistic looking prison, when the The Escapists 2’s  color palette and beautifully rendered character sprites really steal the show. There are a few visual inconsistencies that drag the game behind a little, but overall it’s an impressive and colorful world all around.

There’s also a fun multiplayer experience where you can join strangers or friends to help you within the prison across different modes. I found the most fun in the versus mode where I raced against strangers to see which of us could get out of prison first. The game also features a co-op and it’s fun to pair up with someone to escape prison together.

Overall, The Escapists 2 is light on story, but heavy on strategy and difficulty. If you enjoyed the original then there’s no need to wait on this one; it feels very familiar and still has that fun factor — if you can manage to get through its horrendous difficulty.

Final Verdict:
GREAT
There's a lot of joy to be had with The Escapists 2. From an updated crafting system to fun challenges and interesting escape scenarios to discover, this game is designed for hardcore strategists and won't be an easy play for anyone.
A copy of this game was provided by Developer/Publisher/Distributor/PR Agency for review purposes. Click here to know more about our Reviews Policy.