The Evil Within Wiki : Everything you need to know about the game

Everything you need to know about The Evil Within

The Evil Within [Pyscho Break in Japan], is a third person action game with survival horror elements that was developed by Tango Gameworks under the direction of industry renowned game designer, Shinji Mikami, creator of the iconic Resident Evil series.

The game, which was published by Bethesda Softworks, was given a cross generation, multi platform release when it launched on October 14th of 2014 to mixed reception. The Evil within launched on PC, PS3, PS4, Xbox 360 And Xbox One and was made available at both retail and via digital download.

Originally titled “Project Zwei”, Tango Gameworks was purchased by ZeniMax Studios and subsequently, the game began to be known as The Evil Within. It has been developed using id Software’s id Tech 5 Engine, which also powers games like Wolfenstein: The New Order.

Shinji Mikami(best known for creating the seminal survival horror series Resident Evil) and who now holds the reins of development of the game stated in an interview, “The game is about surviving in a world full of psychos and the goal is to break through such a world.

“Actually, the genre wasn’t survival horror to begin with, but due to circumstances, it changed entirely after going through various planning phases. Ever since becoming part of ZeniMax, we’ve had several meetings with staff members, where the words ‘I want to make a survival horror game’ were repeatedly heard”. 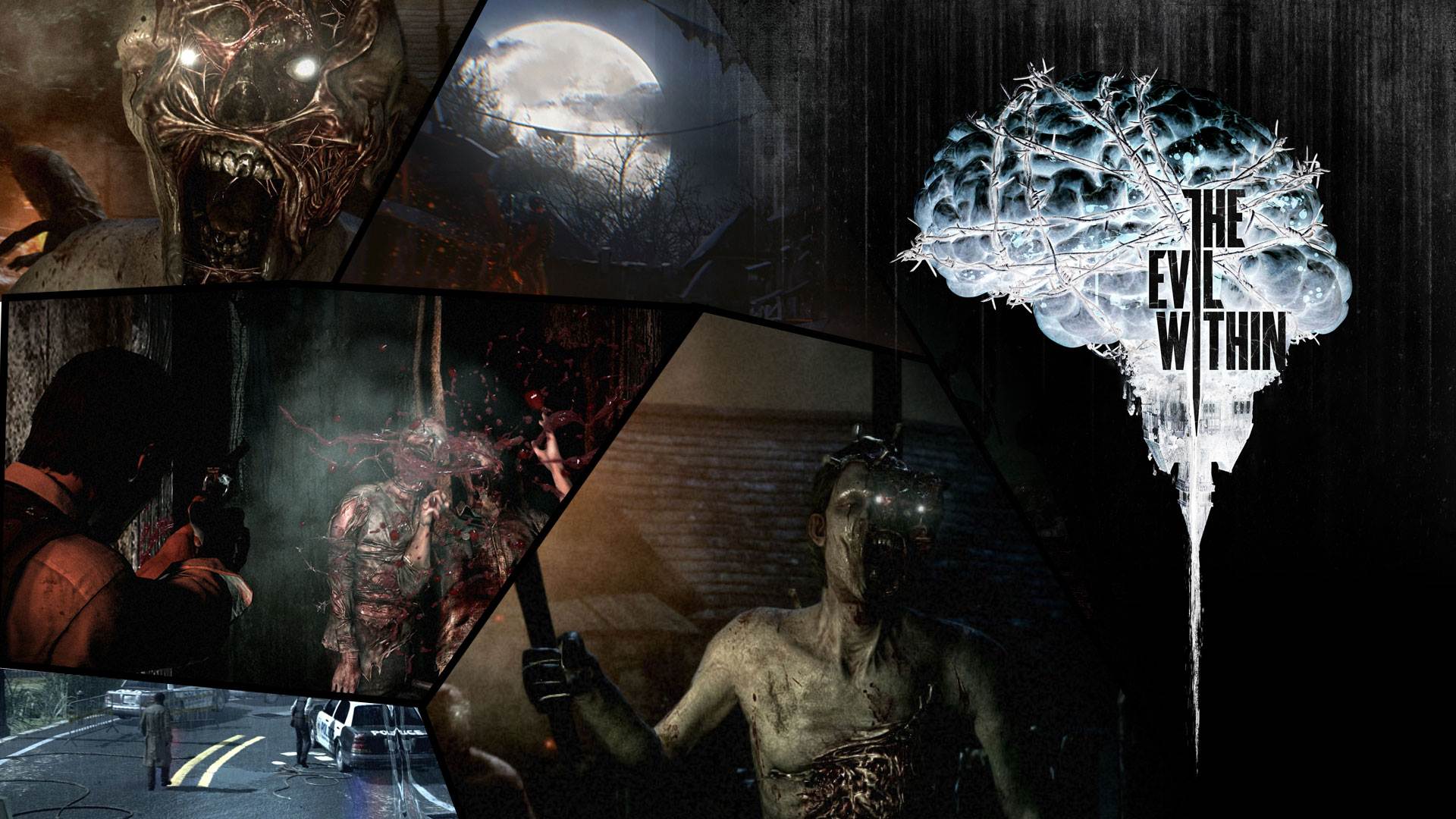 He further stated “I believe that the enthusiasm shared by the staff is one of the main reasons we’ve decided to go with the genre. Survival horror games as of late consist of many action-focused games. I’d like to make a game that can bring the focus back to the horror aspect of the genre. With those feelings in mind, we were able to shape up what we have today.” [reference]

Mikami has later stated that this will be his last game as a director.

The game follows the story of Detective Sebastian, as he and his partner get called to scene where a brutal mass murder took place, and all the while a inexplicable yet powerful force is in the shadows waiting for them. Sebastian Witnesses the killing of fellow police officers one after another and is then rendered unconscious.

He wakes up in a world where monsters walk, and If he has any chance of finding out what’s going on, he has to desperately fight his way through a world mixed with death, madness and fears in order to survive. 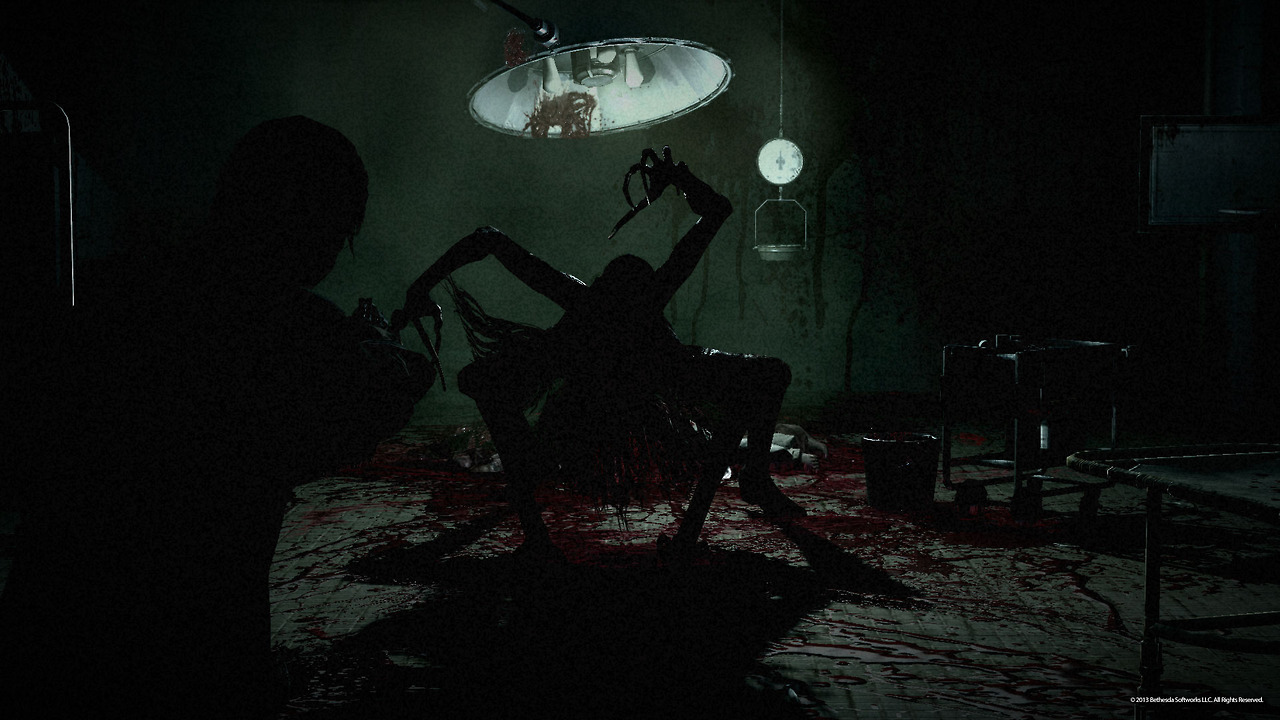 The game is a pure horror survival and thus has various features. As in Resident Evil, there won’t be an arsenal of weapons for the player to use. Guns are to be used very sparingly as the player will have to use well aimed shots to the head or legs to take down enemies. Players may also utilize traps to ensnare enemies, and conserve ammunition.

Based on the players actions the surroundings such as hallways, walls, doors, rooms, buildings, and even nature, will transform, thus making it more difficult for the player to keep up as to where they have been. The game will feature explicit blood and gore with monstrous enemies and environmental elements such as hanging bodies.

Masato Kimura Tango Gamework’s producer explained that the game will take place in different locations, and that the studio was not trying to make a typical horror game but trying to add various elements to make something unique.

Despite the games constant allusions to Resident Evil, some feel as though the games survival horror aspects are artificial, with players being forced down extremely linear paths that are only made survival challenges by way of the developers being scarce with ammunition.

Although  ammo conservation was being used as a talking point of the game, it’s not actually a viable tactic like in other survival horror games. The player must fight their way out of most encounters, meaning they are required to use their ammunition rather than save it for when they might need it badly.

The game was said to feature changing environments that would keep players feeling dislocated and without a clear sense of direction, but once again this was shown to be a largely false claim with the game being, for the most part, a linear series of heavily scripted events outside the player’s sphere of influence.

Sebastian Castellanos – The games main protagonist is a detective with the Krimson City PD.
Joe (Joesph) Oda – Joe is another major character in the game and plays partner to Sebastian and Juli.
Juli Kidman – Partner of Sebastian and Joe, Juli will be the protagonist in an upcoming 2 part piece of DLC
Ruvik – Ruvik is the games primary antagonist and, arguably it’s plot point.
Leslie – Leslie is a patient that has difficulty communicating with others.