Posted By Rashid Sayed | On 13th, Sep. 2009 Under Reviews | Follow This Author @GamingBoltTweet

History shows that the games based on movies generally have never been quite a successful experiment and same goes vice versa. There may be plenty of reasons for that but the fact of the matter is that somehow developers have never been able to find a certain balance between how much the game will have the movie’s characters and story’s influence and how much is it going to be original. And that’s the pressure the developers face when developing a game based on a movie and it doesn’t get bigger than when you are making a game based on the most influential piece of crime fiction in the history. EA takes a second outing with Godfather franchise on the next gen consoles and although promises a lot in the start with all the strategy elements put in but ultimately falls shorts on every front.

You play as Dominic, an underboss in the Corleone family who gets promoted to Don of New York by Michael Corleone starting with the meeting of the families in Havana to divide up Hyman Roth’s empire. But the business is never concluded because the Cuban Revolution forces everyone to flee the country. You are needed to escort Michael, Fredo and Aldo to the airport in an attempt to flee. In all this process Aldo is shot and killed, prompting Michael to promote you into Aldo’s place. This responsibility proves be a great deal of burden on you as you are required to take hold of New York, Miami and Cuba to make your family stronger meanwhile all the other families try to stop you. 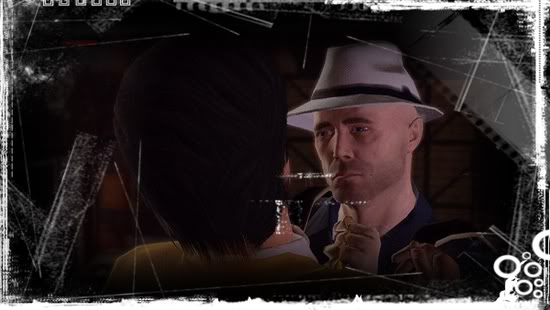 The unique part of Godfather II’s gameplay is the all the strategy elements put into it via the Don’s view. Its essentially a map of the whole city showing various properties of you and your rival families helping you to decide where to attack and when to attack. You can take over the rival family’s business by strategically locating them and earn various bonuses accordingly but beware of the retribution by those families who strike back and its upto you how much importance you give to a certain property and send the reinforcements accordingly.

Family system also functions pretty strategically. As your business grows, so does your family, and eventually you’ll have a small army of made men at your command. You’ll actually handpick all of your made men, which is a fairly important process, as each made man starts with a specific skill that will come in handy as you take over rackets. They can be arsonists, safecrackers, demolitionists, engineers, bruisers, and medics. As your family expands, you can promote made men to capos and capos to underbosses, and every time you promote a made man, you can select an additional skill for them, making them more versatile crew members. 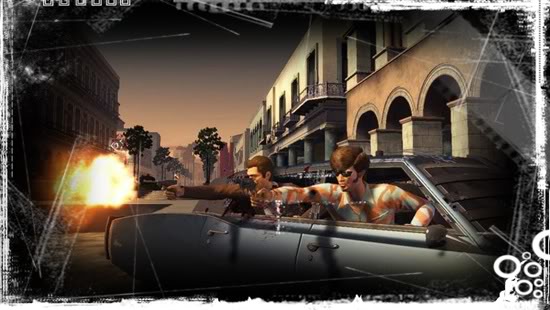 There are some side activities you can get into, such as robbing banks or doing criminal favors for various people. Initially the game is quite engaging. There’s a ton of stuff going on, but the game introduces new elements at a reasonable pace but once you figure out the stuff the game turns into a grind to the finish.

The Godfather II provides three very distinct locations in style and environmental details. Whether you go into a building or are simply driving down the street, you really get a sense of each area. It’s also pretty cool to be able to interact with some characters during intimidation cutscenes, particularly when you’ve successfully gotten them to hand over their business or front to you.

Dialogue and line delivery is quite strong. You’ll definitely be able to get a sense of the different characters in your crew, thanks to their comments as you drive around or go on missions. While there is some music within the game, it’s largely forgettable. The game also features a online multiplayer mode, which is theoretically quite interesting, since you can earn upgrades for the types of weapons your made men can use through it. Multiplayer also puts a creative spin on using your henchmen to gain money and even items for your soldiers.

It takes about 11-12 hours to finish The Godfather II, but it just runs out of steam about two-thirds of the way through. There are definitely a lot of interesting ideas at work here, but the game was never challenging enough to make any of the decisions you have to make feel very weighty. Players of action or strategy games of any variety will blow through this title thanks to the lack of difficulty in the single player campaign, and probably will only turn to the multiplayer once they’ve beaten the game.

The Godfather II povides a lot of fun but fails to live up to the initial promise.

A copy of this game was provided by developer/publisher for review purposes. Click here to know more about our Reviews Policy.
Tagged With: ps3, The Godfather II, xbox 360