The Hunter: Call of the Wild Review – Patience Is A Virtue

The Hunter: Call of the Wild by developers Expansive Worlds is the closest you will ever get to a realistic hunting experience. This open world, first-person shooter mixed with stealth elements is truly a game for those who are hungry with a hunter’s appetite. You’ll select the gender  of your choosing, sent out into wild lands of forests and greenery to hunt down various animals for sport. If you’re looking for an arcade-style hunting experience with fast-paced action and adventure, look no further than this game. The Hunter features mind numbingly slow missions where success is based on patience. This definitely isn’t a game for everyone, but for those interested in a close true-to-life hunting experience, this may be the adventure for you.

The first thing you’ll notice is how open the world is. Trees and valleys feels like they go on forever; every inch of its wide open land are ready for you to take on and explore. And don’t worry, you won’t be hiding around just trees in these vast lands, there are several varying locations of prairie lands, rivers and wetlands, shrubs, and hunting equipment such as podiums to climb on to for a better look, and other very vivid locations that you’d find in forest-like environments. No matter where you are, the world looks beautiful and the animals look great. 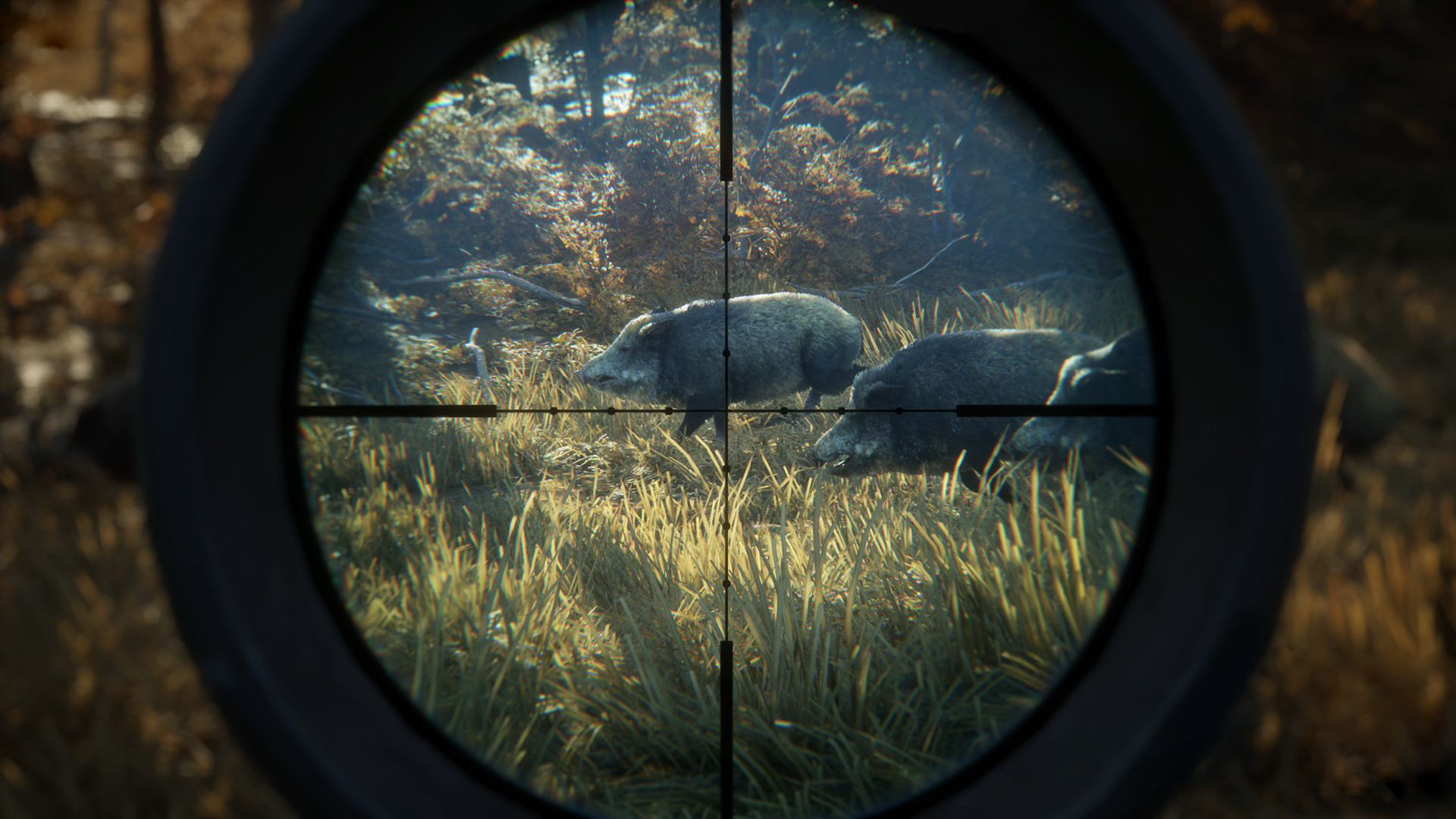 "Patience is the key to the kill and you won’t get anywhere without it."

As I mentioned before, The Hunter is as close to a true hunting experience as you can get so far this generation. That means there won’t be a selection of animals just frolicking about ready for you to put a bullet into them. You’ll need a lot of patience to become the master of the hunt. This could involve tracking down and identifying animal footprints, and selecting the right weapon for the kill. Animals have a very nonlinear way of acting around the open land. Some animals will figure out your location if you’re too loud while sneaking through tall grasses. If you’re facing in the direction of the wind, they may pick up on your scent and know where you are and what you’re doing. Finding their trails may not always lead you in the correct direction either. You’ll come across different paths that seem to lead off in one direction, but the animals may already be long gone at that point. Patience is the key to the kill and you won’t get anywhere without it.

Missions in The Hunter are almost optional. You can choose to select missions that will help you progress through the game along a linear story, or you can turn mission objectives off and roam around the massive lands hunting what and when you please. Tracking down an animal and figuring out its path and how to avoid getting detected all felt well done. There are moments in the game where I felt accomplished when I got the hunt I’d spent so much time trying to acquire by finding clues to its location, but that doesn’t mean it all felt necessary. What I found was shooting a prey never felt fully satisfying. I could hit a deer anywhere on its body, even its head, and it would run off with a long blood trail for me to follow. None of the prey seemed to want to die in one shot, even from a pointblank range.

Fast travels are very few and far between, which this game could have heavily benefited from having more of. You’ll have access to your base at anytime where you can restock on much needed ammo. Since this is a hunting game, don’t expect to find AK-47s and other crazy weaponry in here. You’ll be stocked with a long-ranged weaponry and other weapons can be unlocked through progress. 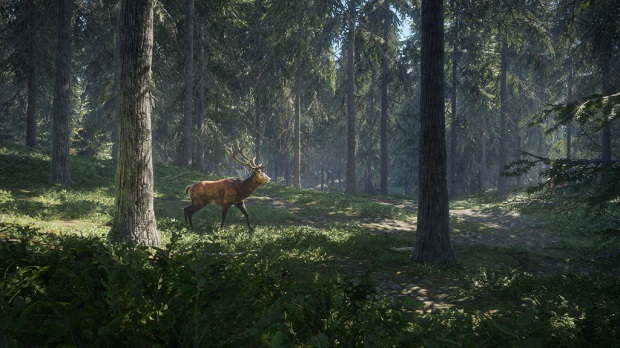 "The Hunter: Call of the Wild is an adequate hunting experience. The developers have implemented a realistic experience by challenging your patience."

The first open area in the game was sparse of content. There are plenty of trees and shrubbery to prance around in, but animals were really minimal. Maybe it’s the realism of an actual hunt, but when a game is sparse on content to the point where it gets boring, well, that’s a little too realistic for me. Luckily, by the time you’ve reached the second area, more animals will be running around ready for your hunt.

The Hunter: Call of the Wild is equipped with a multiplayer and co-op mode to boost the experience of the hunt. Teaming up with up to 8-players allows you to hunt down your game with friends and enjoy the open world experience together. There’s always a lot to do when you’ve got friends around. As for multiplayer, servers were not working properly while I played. Though I can say that it has several different game modes that involve competitive hunting where you can hallenge friends or strangers to the kill.

The Hunter: Call of the Wild is an adequate hunting experience. The developers have implemented a realistic experience by challenging your patience. If you want to put time and effort into the hunt, you might really enjoy the experience provided by this game.

Realistic action, wind variations and variable animal tracking, a huge open world that is beautiful and a treat to explore.

Not enough to do. Sparse lands with few animals means you'll be waiting a while. Your patience will be tested.

Final Verdict:
GOOD
If you're looking for a hunting game to tide you over, this may be the game for you. It's not for people who don't have patience and want a quick kill.
A copy of this game was provided by Developer/Publisher/Distributor/PR Agency for review purposes. Click here to know more about our Reviews Policy.