The Legend of Heroes: Trails in the Sky Review

Posted By Kartik Mudgal | On 12th, Jan. 2012 Under Reviews | Follow This Author @KartikMdgl 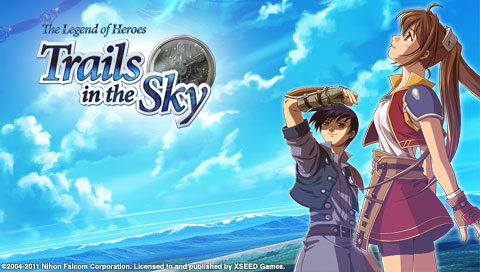 Trails in the Sky is a 7-year-old game released again for the PSP, and oh boy, it’s one of the best, simple and old-school JRPGs I’ve played this year. I really have to praise this game, because it has provided me one of the most engrossing experiences, and it’s impressive considering it’s a JRPG game.

It has a fantasy setting, set in medieval times, and is one that exhilarates;  if you love such niche traditional RPGs, then you are in for one hell of a ride.

It took me a lot of time to finish this game, and I would even rate it as one of the best games of this year, simply based on the fact that it is so addictive. The dialogue and narrative is exemplary, and the characters are pretty well developed as well.

The plot isn’t that deep, but it does its job and features a simple premise. You play as Estelle and Joshua Bright, who are siblings and explore the land of Liberl Kingdom just to become bracers – a group of police unit who protect the land from you know who.

Both Estelle and Joshua are junior members of this group and aspire to be at a higher rank, for that they explore the lands of Liberl Kingdom and get recommendation letters from the different Bracer headquarters. It won’t be easy, as you will face many enemies here and also get used to the combat system of the game. 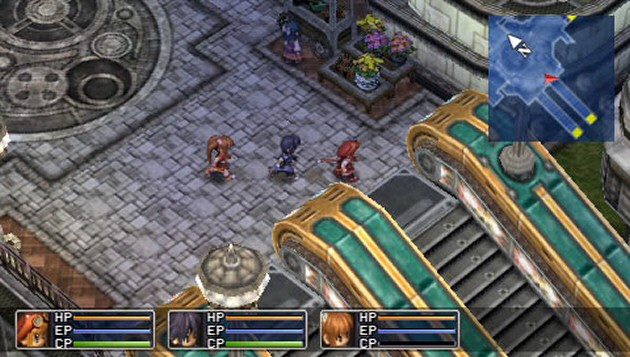 I actually found the story to be quite interesting, especially near the end when things go haywire and ends in a good cliffhanger ending. It paves the way beautifully for another game in the franchise.

The game features a turn-based combat system, and also contains magic known as Arts. Now using magic can take an entire turn, but also allows your characters to do damage everywhere. The combat takes places in a closed enclosure. Your characters can also get a few bonuses which makes it fun to think and formulate effective strategies against your foes.

You can spend a lot of time in this game, due to the enormous amount of side-quests at your disposal. They are usually available at the headquarters of the Bracers. These quests are mostly straightforward and give you Bracer points and cash. You can get side-quests from a lot of different areas, just like most JRPGs out there, expect maybe Final Fantasy XIII. Yes you can talk to people and do things for them.

The only negative part is that you need to travel a lot to do these quests. The backtracking can get really annoying sometimes.

You can command up to 4 party members and have 8 in total. You can also customize these characters using Orbments and is usually effective to boost the stats of your party members. The game is mostly in 2D along with 3D background, and features some decent artwork. 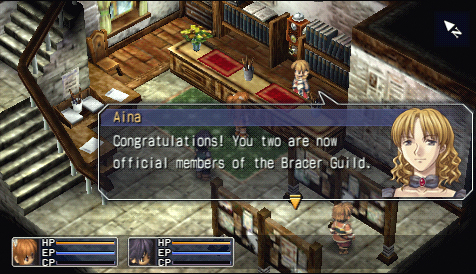 I wasn’t that impressed with the visuals, but hey, it’s a 2004 game. The gameplay and story still makes the game pretty enjoyable.

I also liked the music in this game and they support the game well. Some of the soundtracks are noteworthy, some are forgettable but overall, it’s pretty good. There aren’t many technical issues with the game, considering it’s so old, and the PSP can run it pretty well with absolutely no annoyance.

The thing with this game is that, you will be engrossed for a while and that is the biggest compliment I can give to the game. If you love Traditional JRPGs and own a PSP, then it’s a must buy game.

The thing with this game is that, you will be engrossed for a while and that is the biggest compliment I can give to the game. If you love Traditional JRPGs and own a PSP, then it’s a must buy game.

A copy of this game was provided by developer/publisher for review purposes. Click here to know more about our Reviews Policy.
Tagged With: psp, the legend of heroes: trials in the sky, xseed