The Lord of the Rings: War in the North Review

Posted By Kartik Mudgal | On 25th, Dec. 2011 Under Reviews | Follow This Author @KartikMdgl 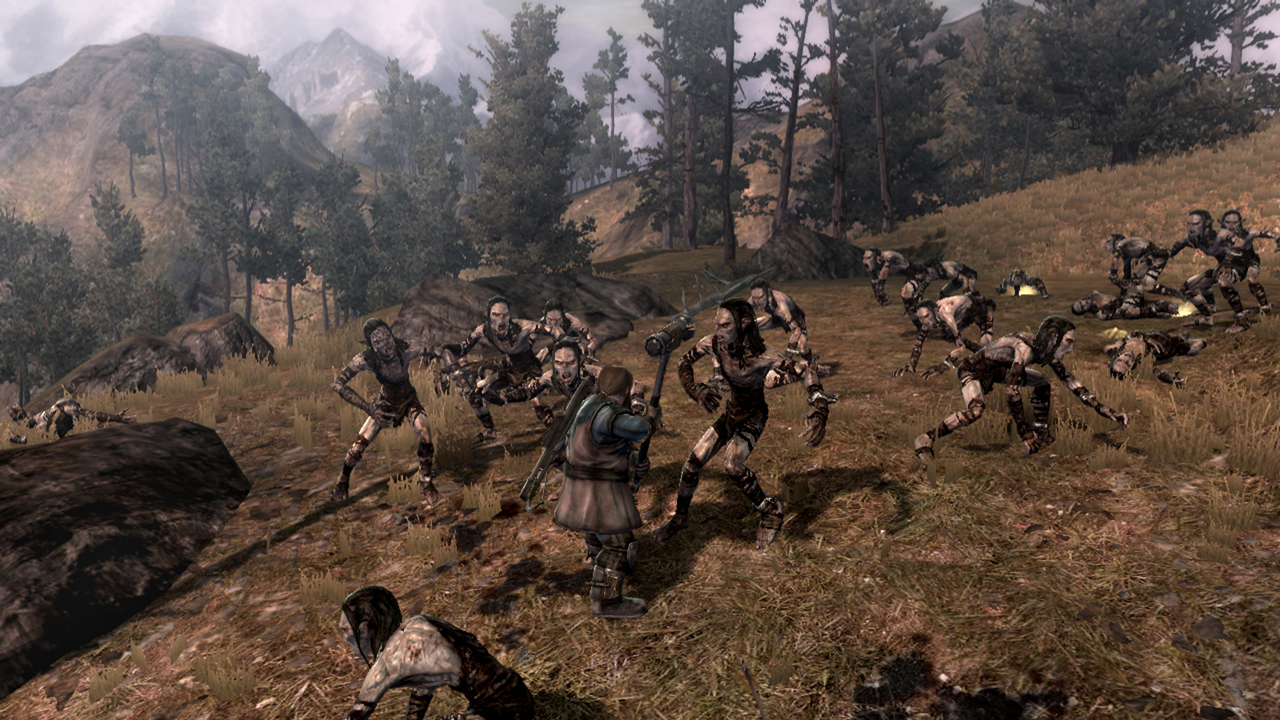 Just by reading the name of the game, you will be skeptical of it. Why? It’s simple, because no one has made a decent LOTR game before. Does that change with the latest LOTR game – War in the North? Well it’s a mixed bag, actually. The LOTR fan in me enjoyed it, but well, I even enjoyed those terrible PS2 ones, but is this good enough game to get if you have a passing interest in the lore? I would say yes. But there are some annoying faults that you should know of.

You can choose any one of the three characters (Ranger, Dward or a Mage) in this game, and the game also has a co-op mode, which I feel is pretty well integrated. So with that out of the way, you can even go solo with one of them and play the story mode. After the initial cutscene, you can tune your character’s looks as you wish and thus begins your journey to the North, where you have to defeat Sauron’s mighty General, Agandaur.

Snowblind studios have showed some good artistic design capabilities here, as the game looks fantastic, and you really have to admire the production values.

Your journey is broken into levels, and you also have secondary objectives to complete. The combat system is quite intriguing here, although, can get annoying sometimes. I picked a melee character for my first playthrough – a Ranger who could also wield a bow with exquisite finesse. All the weapons can be upgraded and you also get better weapons during battle or at the blacksmith.

They cost money though, and that’s hard to come by. I hate repairing weapons in any RPG as it breaks the flow for me, and it’s the same here. In fact, this is the one thing I really hate about the game. You can equip weapons that you find during your journey though, and it’s quite limited due to the inventory space concerns.

The combat, surprisingly, is one of the fun things about the game, as killing the Orcs is a lot of fun. When the blade meets their chunky flesh, it feels good and meaty; the dismemberment also adds to the experience. There is a lot of gore in the game along with QTEs which allow you to do some brutal attacks.

The combat also gets a lot repetitive later in the game, as you feel like you are killing the same enemies and doing the same actions. There is a lot less diversity here. The boss fights aren’t that well designed here at all. You fight the usual Troll with a club or some tough mini-boss type guy. 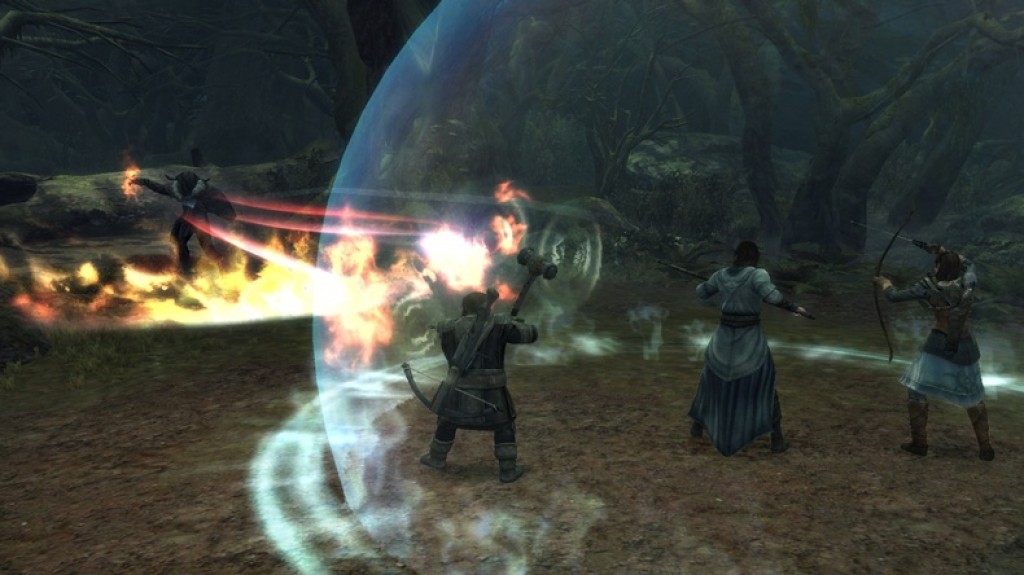 Depending on the character you pick, your teammates can aid you in battle. The mage can cast a shield that recharges your health, and the Dwarf can be a good meatshield.

As I picked the ranger, I had access to swordplay and archery. It’s not that complicated. You fight waves of enemies till you reach your objective, which results in a cutscene.

You will meet some interesting characters in the game, backed up by solid voice acting. You can summon an Eagle called Beleram who can do some massive damage to your enemies. There are plenty of skills that are available to everyone.

It is annoying to talk to the NPCs because they display so less enthusiasm. You probably won’t care about what they have to say. It’s not so bad though, as the voice acting is decent here. It’s weird to say that this but this is, in fact, the best LOTR game out there. While there are some redeeming qualities like great graphics, and fun combat, most of the other things are not worth mentioning.

It does show some glimpses of brilliance, but there isn’t any consistency in the game, which is a tad disappointing. If you are a LOTR fan, chances are that you already bought this game. But for the people who haven’t, this is a perfect rent if I ever saw one. The game is not that bad, but it isn’t that good either.

Although, I have to give credit to Snowblind studios for a job well done. After all, someone’s making improvements, which can only be a good thing.

If you are a LOTR fan, chances are that you already bought this game. But for the people who haven’t, this is a perfect rent if I ever saw one. The game is not that bad, but it isn’t that good either.

A copy of this game was provided by developer/publisher for review purposes. Click here to know more about our Reviews Policy.
Tagged With: ps3, THE LORD OF THE RINGS: WAR IN THE NORTH, xbox 360