Ubisoft’s free to play action RPG is a bit… different.

I gotta say, in spite of me largely being indifferent towards genre kingpin Diablo, I’ve come to really love dungeon crawling loot based games.

The genre has had a renaissance recently, with games like Torchlight II, Path of Exile, and Dungeon Defenders heating up the indie scene, while disguised shooters like Borderlands 2 hit mainstream success. Amidst all this, another big publisher, Ubisoft, decides to throw in its gauntlet in the ring. Their take on the genre? A free to play game with a unique twist, causing the game to be equal parts dungeon crawling and equal parts  dungeon defense.

To be perfectly honest, the game is designed such that it would probably play best on smartphones and tablets. Its tone is irreverent, light hearted, and very humorous, not dark and almost gothic like Diablo. 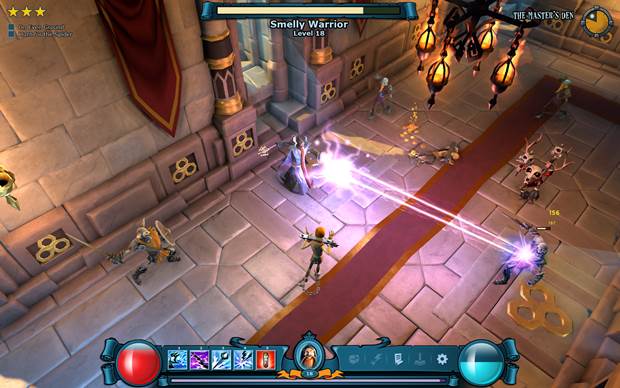 The gameplay itself seems tailor made for short sessions. The dungeons are not the formidable multi leveled, multiple hour treks that they are in other games of the genre, but are instead shot dungeons that you can successfully traverse in a few minutes. The dungeons themselves are sorted by difficulty level, and by clearing the ‘boss’ dungeon, you move on to the next area.

Beating the developer created dungeons is only so much fun, though. No, the main hook in The Mighty Quest for Epic Loot comes from the fact that most of the dungeons that you loot will, in fact, be user created. Basically, every user gets a ‘dungeon’ which acts as their base of operations, and you get to loot these dungeons and get the rewards stashed away there. Of course, the flipside is that your own dungeon, which houses all the hard earned loot you’ve gathered, can also be looted by others.

"Everything else in this game is also tailored to the pick up and play mentality- from the number of classes available to you at the outset to the number of attack slots."

This adds a twofold mechanic to the game- not only do you now have to defend your dungeon and whatever is in it by upgrading its defenses (bought using the gold you earn from raids), you also have to make sure your loot is well defended using traps and defenses that you buy. This gives the game an entire strategy/simulator vibe, and it adds a distinct identity to a game that otherwise, while solid, is really rather standard.

Everything else in this game is also tailored to the pick up and play mentality- from the number of classes available to you at the outset (you get only three, at least as of this closed beta) to the number of attack slots (only four), to the fact that the game actively encourages fast movement, to the streamlining of the actual RPG mechanics so that something as simple as leveling up and selecting your skills is relegated to in between raids, so that the actual action itself is not slowed down, the entire game is tailored to be fast, restless, and fun. No obsessing over what skill you need while the actual raid is on. 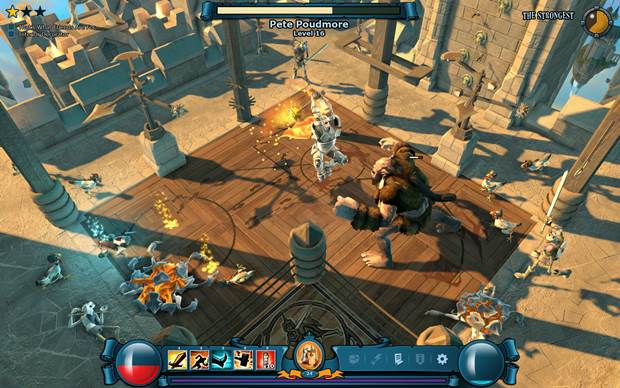 Whereas I am largely positive about The Mighty Quest For Epic Loot, I have to say I am a bit disappointed at how the game seems to fall into the pitfalls of being a free to play title (especially given how Anno Online, another free to play game by the same publisher, featured such great balance).

"The Mighty Quest For Epic Loot is a neat, fun loot based dungeon crawling game."

Upgrading your dungeon by itself, for example, can cause you to go broke and not be left with any loot; the only way to keep some of it, and to avoid the requisite waiting period before the upgrades kick in. Still, it’s early days right now, and maybe Ubisoft will fix this before the final version goes live.

The Mighty Quest For Epic Loot is a neat, fun loot based dungeon crawling game that should be fun for groups of friends who are totally into this kind of a game, but simply don’t have the time for them anymore. We will have more coverage of this title for you as it nears release, so be sure to stay tuned.