Posted By Kartik Mudgal | On 21st, Oct. 2012 Under Reviews | Follow This Author @KartikMdgl

Don’t you love Clementine by now? She’s so adorable, stuck in a place where there’s constant threat from the undead, and not to mention the poor thing had to learn how to handle a gun at such a young age. But that’s life for you. Obviously, considering how this series is story heavy, I will not be talking about any story related thing. 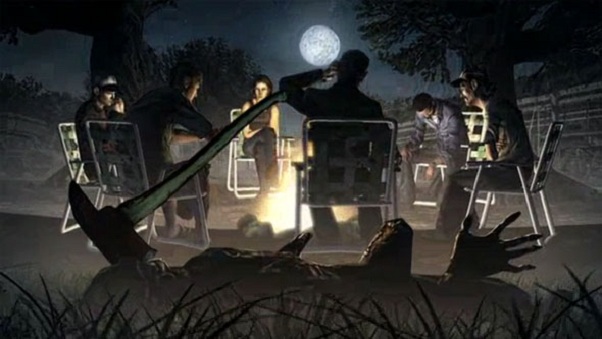 Episode 3 was a very bold one from Telltale where a lot of characters were disposed of, some who I thought would be travelling with Lee and Clementine until the end. Telltale wants to make the entire experience unpredictable and as we reach the finale of the first season, Episode 4 pushed the bar even further as far as storytelling is concerned.

The entire season so far has been a gripping one, filled with great writing, emotional moments, and unique experiences that really re-define the meaning of interactive entertainment. Sure there’s a distinct lack of gameplay here, but as you know, it’s all about engaging the player into this bleak world through the clever use of storytelling. Unlike some similar games out there, the writing here is what makes it stand on its own. 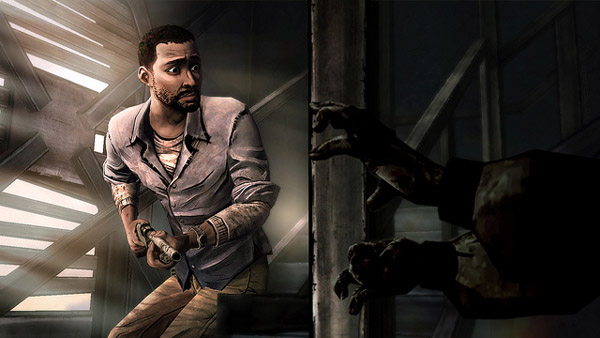 This episode was penned by Garry Whitta, and I’ve been following him since his PC gamer days where he was the EIC, and the quality he brings to the table is undeniable. This episode follows the same pattern as the last one where the pacing slows down a bit only to pick up abruptly leaving you bamboozled at what to do.

The last episode was about the journey to Savannah–a city that Lee and co think will be beneficial to their survival. They also have human enemies to worry this time around along with the undead–which makes the whole thing a but more complicated. Clementine wants to find her parents in the city, and Lee has no choice but to help her; why wouldn’t he? He’s been taking care of her for so long and Clementine is also like a daughter to him. 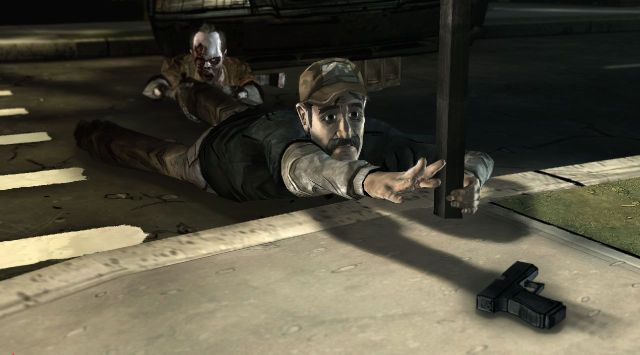 There are some new characters introduced adding something new to the game instead of being just for show. The entire thing is meticulously planned by Telltale which really is a testament to their skills. There will be some intense moments here and the game ends in a bit of a cliffhanger, but that just keeps you clambering for Episode 5–the final episode. Excited? You should be.

If you own the season pass you can download this straight away, if you don’t I recommend buying one as $19.99 is quite fair for such an amazing series. Until next time, then, hopefully all the loose ends should be fixed and we can revisit the events in all the previous episode to review our decisions.

There will be some intense moments here and the game ends in a bit of a cliffhanger, but that just keeps you clambering for Episode 5--the final episode. Excited? You should be.

A copy of this game was provided by developer/publisher for review purposes. Click here to know more about our Reviews Policy.
Tagged With: pc, ps3, Telltale Games, the walking dead: episode 4, xbox 360