War Z is on track to being the worst MMO, which might take some heat off of Final Fantasy 14.

The War Z is the latest to ride the coat tails of the zombie apocalypse genre. The War Z, developed by Hammerpoint Interactive marks the outbreak to MMOs. The game pushes survival to the fullest with towns overrun by zombies and very little to scavenge.

There’s a lot of potential to make War Z a runaway hit, but at this point it’s a slow wandering zombie. Running from zombies can be well and fun, but at one point you want to turn around and fight them. You also want to get to safe zones where you can trade and upgrade or even find the basics to survive. You want to go on missions to save people, kill zombies, maybe find a cure, and maybe even save the world. None of that is currently offered in War Z. 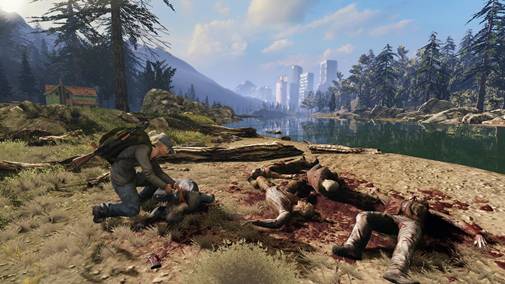 In my experiences I died of either zombies or bandits, which are other players but sadly I died eight times by bandits and only twice by zombies. I found a lot of people in chat complaining about how some bandits have hoarded the good weapons and were picking off other players. When you die, you lose everything in your pack, and although a hammer is pathetic as a weapon, when you come back and can’t even find that, you’ve got no chance for survival. Some bandits hid outside the safe zones and picked off people, and one bandit decided to test out their sniper weapon on me, even though a zombie was only about twenty feet behind. They took my hammer. 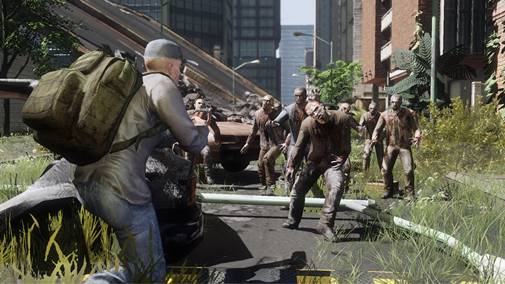 At this point the punishment for dying is also severe. Dying at the hands of a juvenile bandit is pretty frustrating, but you can’t revive your character for a real time hour. When you come back in, your backpack is empty. Your hammer, flashlight, bag of chips, and bottle of water that you actually spent over an hour finding and are pretty useless anyway are gone. Oh, and sometimes you can respawn in town near a hoard of zombies, and you have nothing to defend yourself with, or maybe spawn into a default area where a bandit with a shotgun was picking off people logging in. People who literally come back in with nothing. Nothing but content for such an exploited game.

I understand the ideas set forth by Hammerpoint. On their site they basically said they want to make War Z open and allow the players to create their own missions. Although I like the idea of opening the content up in this way, you have to remember your audience. If they spend more time killing each other, there isn’t much room for growth. By not having any structure, it’s like giving a monkey a stick and expecting it to build a house. It’s a great idea, but in all likeliness, the monkey is going to turn around and hit the other monkey on the head. 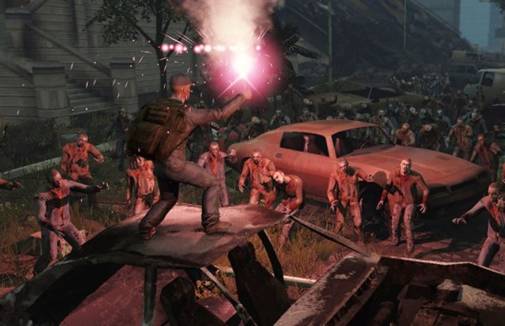 War Z has all the potential to be a great MMO, but at this point it’s an undefined mess with monkeys in charge. The game needs stop the player killing and create some sort of structure that has at least some basic missions and safe zones worth going to. If Hammerpoint doesn’t put the hammer down and make some major changes War Z is going to push the zombie genre past the brink of cool, much in the same way of WWII games. Worst yet, War Z is on track to being the worst MMO, which might take some heat off of Final Fantasy 14.