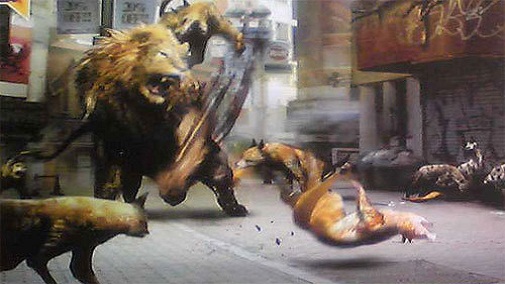 Tokyo Jungle is a pretty unique game, we all know that, but when the concept was presented to Sony, they gave it a disapproving nod before approving it for being, you know, unique.

“It was bad. Initially. It wasn’t received so well at the very beginning. I think there weren’t so many people that thought this game would sell just based on the concept, but as the game started to take form there was good user reaction and feedback,” Yohei Kataoka of Japan Studio revealed to the PS Blog.

“Initially when Yoshida-san said that he didn’t necessarily have a positive view of the project, he explained there was a catchiness to the concept but the gameplay itself wasn’t at the same level.

“So we had to take some time to bring that up to the same level. That’s why it took some time from Tokyo Game Show 2010 for these adjustments to take place.”

Yoshida is the same guy who refused to publish Demon’s Souls because it looked nasty. Although, he admitted his mistake.