Tom Clancy’s HAWX was an average game. But with the sequel, Ubisoft have promised that they will be fixing all the issues that had plagued the original. The first one had some major issues like there was no landing and taking off sequences, hence taking away the realism factor from the game. Also during game play the jets will just rotate a 180 degrees on their own, which was pretty frustrating at times. All these issues were enough to make the first game mediocre.

But thats going to change in the sequel. HAWX 2 takes place in Middle East where the player has to fight off against insurgents. Unlike last time the American HAWX won’t be alone as you will have a UK and a Russian HAWX to support you, with each of them having their own storyline. Also Ubisoft are trying to make the game as realistic as possible with landing and taking off scenes. Also as is the case with any sequel these days, expect more air crafts, better arms and ammunition and the inclusion of UAV’s which will help the player to destroy target from a distance.

Ubisoft have also released some new screens and the game is looking very promising indeed (well at least visually). See for your self in the image gallery below.

Note: Please click the image to see in a pop up and use back-next button to navigate through the images. 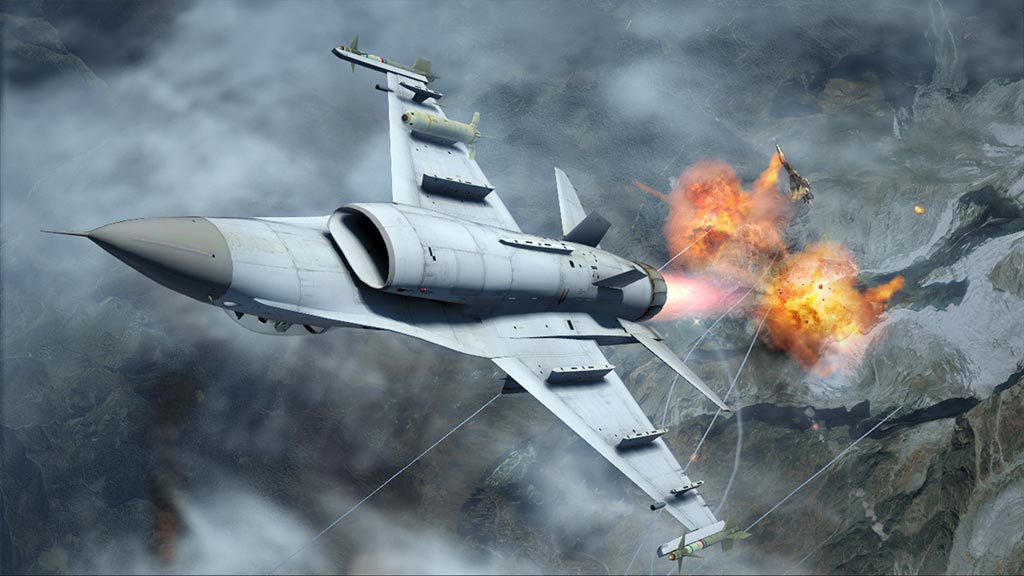