Posted By Shubhankar Parijat | On 03rd, Dec. 2010 Under Feature, Slider 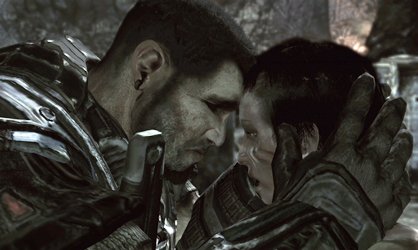 Duos are not made just for co-op play. Duos in video games support each other, compliment each other’s existence in such a way, that each of them become not just a game character, but a person we feel we can connect with.

We write this article as an ode to all those duos. But please remember that by Duos, we do neat mean just the romantic couples. We mean two souls in a single body.

The demolition duo. Jak and Daxter are really and awesome twosome- with Daxter always getting into trouble, Jak doing the same, and both of them up to the task of saving each other’s ass at any time, they make for a great pair. Let’s just hope a proper installment in the series comes along soon. There have been several rumors that the duo may return on the PlayStation 3 at some time, but it seems that Naughty Dog are busy with Uncharted 3. Rest assured just like you, we want to see more of these two!

Halo fanatics, and others, all say this- Master Chief and Cortana are in love. I know that is kind of dumb, since Master Chief is a bad ass war dude, and Cortana is an AI, so it’ll be a bit tough for them to indulge in “couple-y” stuff, but still, that’s what people say. And really, I think these two would look great together. Parts of the trilogy, especially where Master Chief finds Cortana in Halo 3, show that these two would make a great couple.