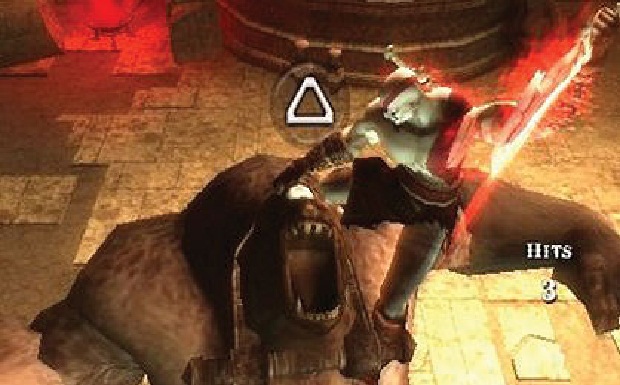 Let’s face it, we all just absolutely hate it when we’re playing a game, caught up in the thrill and excitement and anticipation of the moment, enjoying the smooth flow of the gameplay, when, all of a sudden and without warning, the screen flashes at you, for all intents and purposes, ‘Press X or Die!!!’

Quick time events are lauded for bringing cinematic value to video games, and for adding an element of interactivity to cutscenes that are otherwise meaningless to the player as part of the overall gameplay structure and progression of a game. However, they are also simultaneously known to be notorious for breaking the flow of the game, for ruining the atmosphere, and for simply wrecking the immersion.

Some games, though, just do them right, and when they do, they end up being better games for that. Below is a list of fifteen games that feature integrated QTEs as a heavy part of the gameplay, that you simply must play. These games were not hindered by the inclusion of quick time events. They were not diminished by the apparent randomness of an atmosphere destroying button prompt on the screen. No, the games that are listed below are those that were enhanced thanks to the inclusion of quick time eents, and probably would have been lesser games without them.

So, without further ado, let me present GamingBolt’s list of fifteen games that did QTEs best:

Please be warned that the videos embedded below will have major spoilers. If you don’t like that, well, sucks for you.

However, what The Force Unleashed had in spades and what was arguably all that saved it from utter mediocrity was its penchant for the cinematic. It had a story to tell, and it told it excellently well. Small wonder, then, that it integrated the same impressive and dazzling dramatae into its gameplay, by providing gamers the world around with some intense QTE based sections.

Heavenly Sword was Sony’s attempt to pacify the God of War fanboys waiting for the series to appear on Sony’s high powered console by giving them something that was equally intense and cinematic. And while only a fool would truly argue that Heavenly Sword was anywhere near God of War’s standards, I’m pretty sure there will be general agreement and consensus on the fact that it was a darned good action game, and an excellently fun romp from start through to the end.

Like God of War, which it was clearly emulating, Heavenly Sword included some QTE sequences in its larger scale battles. Providing the game, which had a tendency to degenerate into mindless button mashing, with an awesome sense of urgency, nobody complained about the QTEs in Heavenly Sword. Everybody was just having too much fun on the ride.

What could possibly be worse than having button mashing inducing QTEs? Well, having QTEs in a touch screen controlled game, of course. Now, not only are you suddenly randomly expected to press a button out of the blue, you also cannot rely on your muscle memory to help you- in other words, you really must be paying attention to the game, because if you’re not, then you’re pretty much screwed, and the game will most likely drive that point home by subjecting you to that pointlessly long unskippable cutscene yet another time.

But The Legend of Zelda: Phantom Hourglass utilized its own twisted take on QTE’s- touch screen based scribbles and patterns, of all things- rather excellently, adding immensely to the immersion, and truly making you feel (way too often), that you’re involved in an intense boss fight. This was illustrated perhaps best in the final boss battle of the game (linked to above), where the stakes depended solely on your ability to whip the stylus out and begin to doodle on your touch screen at short notice.

Seriously, it made what was already a great game even better.