Tattoo enthusiasts often refer to tattoos as a type of skin art. To some, tattoos are a huge part of their life, as each design and color means something to them. A tattoo isn’t just “some kind of art”, but rather it is so much more deeper than that, especially to gamer.

Gaming has made a huge impact on many people’s lives, and has spawned careers, hobbies and an industry that is ready to surpass the movie industry in every possible way. Ever since the days of Mario, gaming has been a major part of pop culture. And many times people want to take that love out of their gaming PC or console and put it into their skin by getting tattoos of  their favorite characters. With that said, here are some tattoos that are quite impressive and what I might call a work of art that these players have bled for. 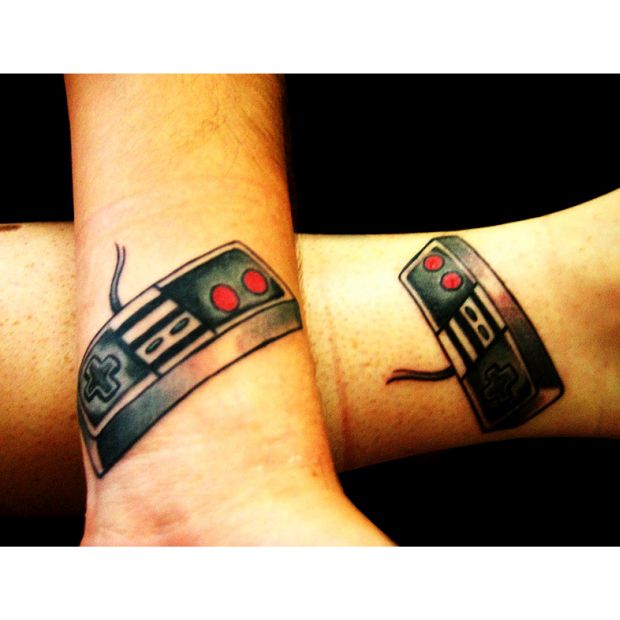 At least most of you who read this, have been playing video games ever since you got your first NES. However these days, the NES has been sidelined (but not forgotten) as most games are played on the Xbox One or PS4 or PC. No matter how advanced the console gets, no one forgets their first love, the first time they held the controllers, they knew that this is what they were born to do. Ok, so maybe I’m being dramatic, but still for some of you, that is exactly what you felt. This player here, absolutely adored the Nintendo system, that she permanently had the controllers tattooed on her arm. Now that’s commitment.