Every once in a while  a really good indie game comes out, this time it’s an Action Hack and Slash RPG game called Torchlight for the PC. 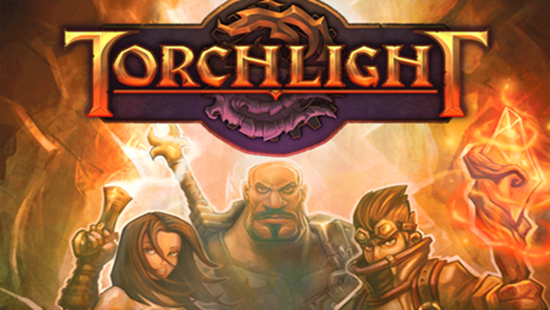 Once you choose your class, you get to choose your pet, and pets will guide you through the entire game, attacking your enemies and even selling items for you which i will further explain later on.  There are 2 types of pets, Dogs and Cats, they don’t differ from each other in any type of way other than looks, so this one is just personal pereference.

You start in the town of Torchlight, which is the only town in the game, so this is the only place you can sell or buy items, do quests and other stuff. The Town is above a mining area which has a corruption of Ember inside it, so you are on the quest to try and destroy that Ember. There is only 1 entrance to the zone where you fight monsters and level up (not counting portals that open up when you start a quest) and you always go down and down deeper into the dungeon, so you might think that the game is small in scale in terms of areas to fight, but trust me- its not. You will find yourself wandering around a lot until you find the right place to go to, and its sometimes worth doing so because of hidden passages you can find.  For example you need to go forward, but instead you can cut left and kill a few monsters, which will then reveal a hidden passage which will lead you to some treasures and help you out, so I highly suggest not going straight forward all the time unless you are 100% positive you visted all the possible directions. 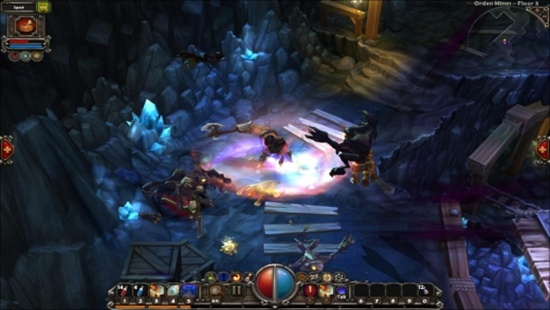 Of course just like any other RPG, once you level up you get to choose which points and skills you want to add to your character. Since there are only 3 classes your choice should be very simple; if you are a Destroyer choose Strength  if you are a Alchemist choose Magic,  and if you are a Vanquisher choose Dexterity. Skills differ depending on your class but they are also pereference only, you can add to which ever you want depending on your level.

Like I mentioned  before, you get to choose Pets, now I will further explain on the “your pet can sell stuff for you” thing: If your package is full, you can put all the items you want in the Pet’s Package, you can then tell him to go to town and sell those items for you while you stay and finish off that monster, the pets return will depend on where you are, if you are deep in the dungeon it will take about a minute, if you are very close to Torchlight it should take a few seconds, this is something I always wanted actually; I hate it when I have so much stuff I want to sell but I’m too lazy to go all the way back to town to sell them and then come back. The Pet is a great and unique addition in that respect.  But thats not all, Your Pet can equipe rings and necklaces to make him stronger, he can even learn spells so he will do them instead of you.  In the game you will also find a few fishing spots, in these spots you get to do a really simple minigame where you have to click the mouse once the fish catches the hook, if you catch a fish you can feed him to your pet which will then turn him into a different creature for a few minutes, this is really good to do when you are in a big fight, feeding your pet will make him stronger and more efficient. 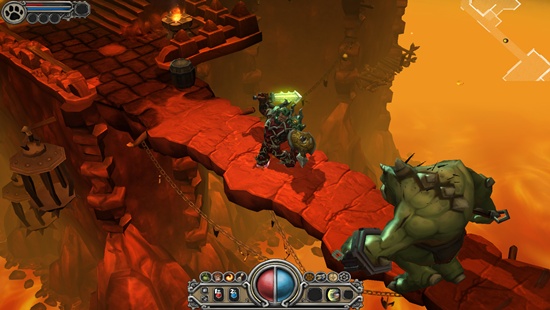 One thing I highly dislike about the game is the main quest or campaign. You first strart by meeting with this guy Brink who (SPOILER ALERT) gets mutated by this evil wizard, sure its cool and all but you don’t know who Brink is, you don’t know who the magician is, and hell you even don’t know what’s the story behind Torchlight, so the story is really a disappointment in my opinion but it sure doesn’t take anything away from the great gameplay and replay value the game has.

Speaking of replay value, every level in the game is comepletely randomized, even in quests, all the levels lead up to the same place, but they you can go to the same level and it will be different, so you can  play the game again in different areas, which I highly recommend you to so you can play with the other classes aswell.

Since this game only carries a $20 pricetag you wouldn’t expect it to have any type of Multiplayer and you are right, the game is single player only, but the developers of the game (Runic Games) have said that they will be releasing a Torchlight MMORPG which will take place about 2 years after the single player campaign.

All in all Torchlight is a great game with the only major issue I had with it was the story, I highly suggest you at least try the demo out and for $20 this game should not be missed out by RPG fans.

Graphics are a bit dated. Story is a bit dumb and hard to understand. No Multiplayer.

A copy of this game was provided by developer/publisher for review purposes. Click here to know more about our Reviews Policy.
Tagged With: pc, Torchlight