Total War: Attila Wiki – Everything you need to know about the game

Everything you need to know about Total War: Attila. 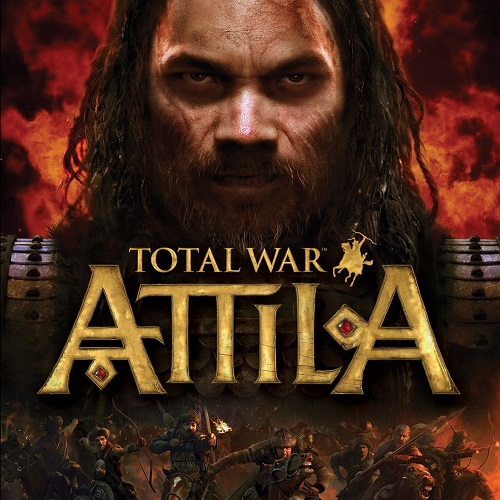 The Creative Assembly are a subsidiary of Sega Corporation who are currently set to publish the game when it launches. In the Total War series, Total War: Attila is the ninth entry into the franchise that is a full standalone game.

Currently scheduled to released on February 17th of 2015, the game is currently only confirmed to be a PC exclusive title only for Microsoft Windows. The game will be available at retail and via digital download with pre-orders already being made available through numerous online stores.

The development process for Total War: Attila has been (at time of writing) kept somewhat under wraps. What we know thus far is that the game seems to be running on a modified version of the Warscape engine that was found in The Creative Assembly’s last game, Total War: Rome 2.

This includes a number of tweaks and improvements to the overall visual representation of the game. This includes improvement and optimization of the campaign map and in game battle visuals. As well as some mechanics returning from Total War: Rome 2, a number of gameplay elements have been tweaked, but no information has yet been given detailing the tweaks.

Some new inclusions include the “Apocalyptic Destruction Mechanics” which allows the player to make use of fire as a weapon instead of a passive augmentation of weapons such as flaming arrows or flaming trebuchet ammunition etc. The player can make use of fire to burn buildings and territories in an effort to instil a sense of terror in the defenders, presumably hurting moral.

Similar to Sid Meier’s Civlization titles, the player can now choose to Raze a recently captured city and/or region of the game world. Burning it to the ground and removing it from the equation. The new Raze mechanic is, according to Total War Writer Peter Stewart, “the Scorched Earth policy that Attila brings to Total War”, “…this ‘Raze’ option is designed to entirely obliterate a region (not a province), destroying all of the buildings and reducing the entire settlement to a smoking pile of rubble.”

Thus far, a total of 12 factions have been announced to appear in the game. Traditionally these factions are for the most part playable, though 3 of the 12 factions are day one DLC that can be purchased post launch or obtained for free by pre-ordering the game before it launches. 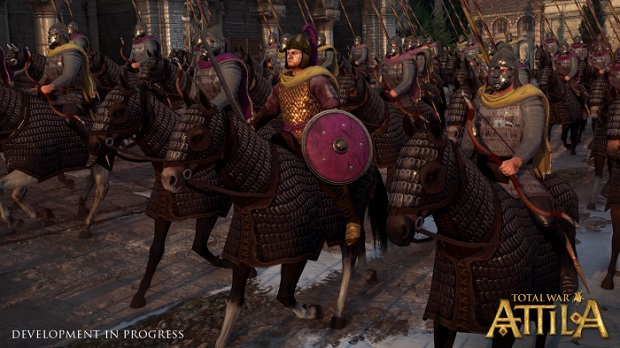 The game is primarily set in the late 300 AD era as the Dark Ages come into being and the Roman Empire collapses in on itself. The Hun’s expansion naturally leads them into conflict with both the Easter and Western Roman Empire as well as other peoples from across the earth. 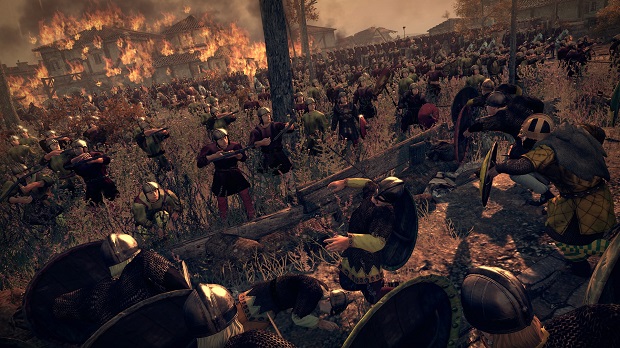 Whilst the gameplay that we have seen thus far is from a build of the game that is still in development, it is remarkably similar to Total War: Rome 2 in regards to how similar the two are.

The game will feature overhauled gameplay mechanics that will effect politics, family trees, how soldiers battle each other (given that the various peoples of the world had developed somewhat distinct battle systems, factions often fought in different ways), tweaked and improved Ui and the Apocalyptic Destruction Mechanics.

Gameplay is controlled from a mostly aerial point of view. but the camera is easily manipulated to a preferred position, with the player taking control of units and giving them commands via keyboard and mouse inputs which can correspond to movement orders, special abilities (shield walls, spear walls, form ranks etc) attack commands and so on and so forth. 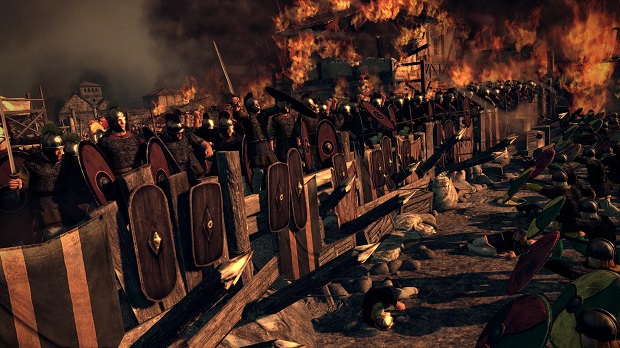 Thus far, a total of 12 factions have been announced to appear in the game, though 3 of the 12 factions are day one DLC that can be purchased post launch or obtained for free by pre-ordering the game before it launches. They are:

The Huns, whom the game is partially referencing in it’s title, are said to be an antagonistic force in the game, though it’s yet to be confirmed if they’re a playable faction.