Posted By Shubhankar Parijat | On 02nd, Mar. 2011 Under Interviews

All PC gamers are well aware of the Total War franchise and the impact it has on PC gaming. Considering the fact that we at GamingBolt.com are huge fans of the series, we decided to sit with community manager Craig Laycock and talk about some of the new features in the game.

Do read it till the end as we touch a lot of points on gameplay, multiplayer and Total War Shogun 3. 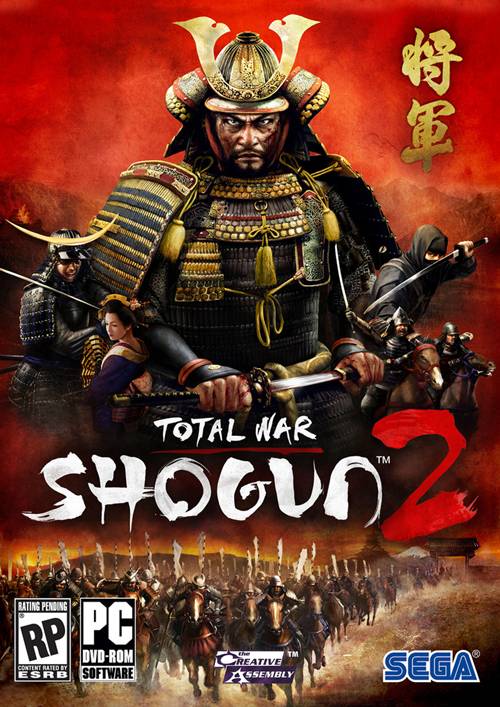 GB: With Shogun 2, you have chosen to concentrate on just the Japanese regions, and not other parts of the world, or the entire globe as was the case with Empire. Do you think this might restrict gameplay options a bit, or have an effect at the variety?

Craig Laycock: Quite the opposite! Japan is a beautiful nation. It’s varied in nature, from mountainous terrain to deep valleys, with a gorgeous “art style” of its very own. Add into this the fact that the Sengoku-jidai period of history (which the game covers) was one of such immense upheaval and you have bags and bags of variety on offer.

Think of it this way: we’ve reduced the breadth and increased the depth. By “zooming in” on the 65 or so regions of Japan, we’re letting people roam a huge land, similar in scale to Empire or Napoleon, but with a single goal – to unite Japan and become Shogun, military ruler. It works very well.

GB: Ninjas and Geishas have been confirmed to be in the game. Can we expect some more of these cool surprises in the future?

Craig Laycock: Absolutely – in fact I can reveal some of them to you now. There are a few different types of agent in the game – the idea being that each agent has its own counter-agent. So the ninja has to keep an eye out for the “metsuke” character, which is a kind of secret police agent. He hunts ninjas down for fun.

Each agent type has its own skills tree. That means you can customise your agent to perform a particular role well. I might have a ninja who’s great at assassination and another who’s great at subterfuge. It all adds depth. 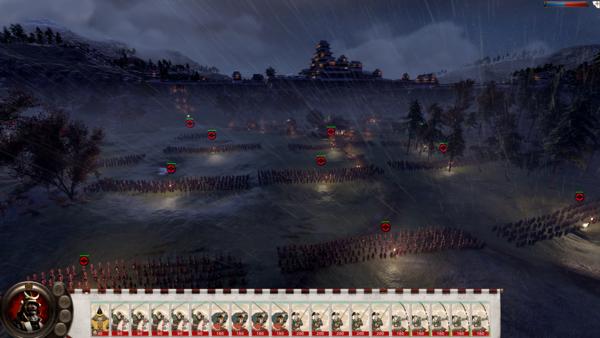 GB: It has been reported that the game engine can support upto 56,000 soldiers in a battle at a time. That’s a staggering figure, and pretty impressive to be honest. Will you be utilizing this in the game to provide huge scale battles, where we can literally have an army of 20,000 soldiers?

Craig Laycock: It’s important to note that 56,000 men is the theoretical limit of the engine. Trying to get that many units on screen will likely cause all but the best computers to melt. However, you will be able to get stuck in to some massive battles even on a modest rig. They’re really the hallmark of Total War, so we’ve made them more epic than ever before. You haven’t played a Total War game until you’ve seen some truly huge armies bounding over the hills of Japan.

GB: Please describe what the multiplayer of Shogun 2 will be like. Will there be a definitive campaign in the mix, or just online Random Map battles?

Craig Laycock: The multiplayer in Shogun 2 is massively extensive. Like, hugely. We’ve completely overhauled the multiplayer system, to the extent where it’s barely recognisable. For starters, there’s an “avatar progress map”. You create an avatar, who is your general in the multiplayer, customise his clothing etc, and he becomes your representative in the game. Fighting battles allows you to control regions on a map, which unlocks various perks.

On top of that, you can join a clan and fight in a clan competition on the very same map, except you’re part of a world of clan vying for supremacy. Co-operative multiplayer campaigns are in for the first time (which see you conquer Japan with a friend with shared victory conditions), as well as a whole range of new multiplayer maps. And that’s just the tip of the iceberg.

GB: We can supposedly indulge in diplomatic and political activities in Shogun 2. How does that work?

Craig Laycock: Yes – in fact we’ve overhauled the diplomacy too. Not only is it smarter than any diplomacy in previous games, it’s now been brought to life with virtual daimyos. As you progress your negotiations, their reactions will inform you as to your chance of succeeding.

The family tree returns for Shogun 2, also, so you’ll be able to get involved with a whole range of political chicanery there too – including giving your children away (yes, really).

GB: Being the game that began the Total War series, of course its old enough to be called “outdated” by now. How drastic will the changes be in Shogun 2? And how many?

Craig Laycock: Shogun 2 is an absolute revolution when you compare it to the original Shogun. We’ve progressed our technology so much in the past ten years that there’s all kinds of cool stuff we’ve been able to implement this time around. Think of it this way: if we could go back to the original Shogun and apply a decade of learning to it, what would we do differently?

The answer is lots, but at its core, Shogun 2 owes a lot to its predecessor. A lot of the guys who work for the studio started out playing the original Shogun, so it’s fair to say its influence on the team is significant.

GB: Shogun: Total War is a decade old game. How do you plan to keep Shogun 2 true to Shogun’s spirit, while also keeping it relevant with the contemporary times?

Craig Laycock: As I mentioned before, keeping true to the spirit of Shogun is important to us. But we’re always looking to push the boundaries, not just of Total War, but of strategy gaming as a whole. If we can make improvements, we do. For example, this time round we’re introducing the whole skills tree RPG system – not just for the sake of it, but because we feel that kind of depth of content truly appeals to Total War fans.

GB: Do you see the Shogun series going anywhere after this? Can we, maybe, expect a Shogun 3 in the coming years?

Craig Laycock: Never say never. No era is off the table as far as Total War is concerned!