There are a host of new features making their way into the next iteration of Trine, and we’re pumped for all of them.

Despite the previous announcement that the game will be making its way over to the consoles as well as the PC, Trine 2 also looks to address many of the niggling problems that found their way into the first game.

Check out the press release and the first Trine 2 screenshot below the break. 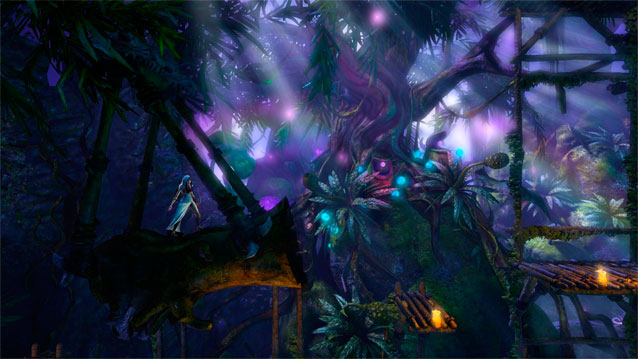 “The Trine series is a bastion of pure gaming fun,” stated Aram Jabbari, Manager of Public Relations and Sales for Atlus, “Expanding upon what was considered one of the best cooperative multiplayer experiences in recent memory, Trine 2 introduces online cooperative support for up to three players, dramatically expanding the fun and appeal of the game’s spectacularly rich action platforming. In addition, the unique traits and abilities of the three character types in Trine 2 mean more now than ever before, with enhanced skill trees and progression ensuring perfect balance. As a result, the game’s new arsenal of thrilling physics-based puzzles delivers just as much challenge and satisfaction for a sole player as for three friends playing together.”

Trine 2 is currently scheduled for release Spring 2011 via digital distribution. Details regarding platforms and availability will be released soon. For more information, please visit http://www.trine2.com.