Trinity: Souls of Zill O’ll is a hack and slash RPG that is not something we have not seen before.  You control three characters at once as they are your party which consists of a wizard, a warrior and an assassin. The character who you might find yourself playing most of the time Areus, until you are willingly forced to switch between characters to complete battles as each have their own useful abilities. Areus is the swordsman and can just as well pull off his long-ranged magical attacks which are both his strong points. The beautiful Selena is faster than hell in combat, while using her daggers her speed is what makes her useful. Dagda is the big guy who utilizes brute strength and is best used up-close, beating the crap out of an enemy. All three characters are fun to use and with the right combination between switching between them can make you an unstoppable force. 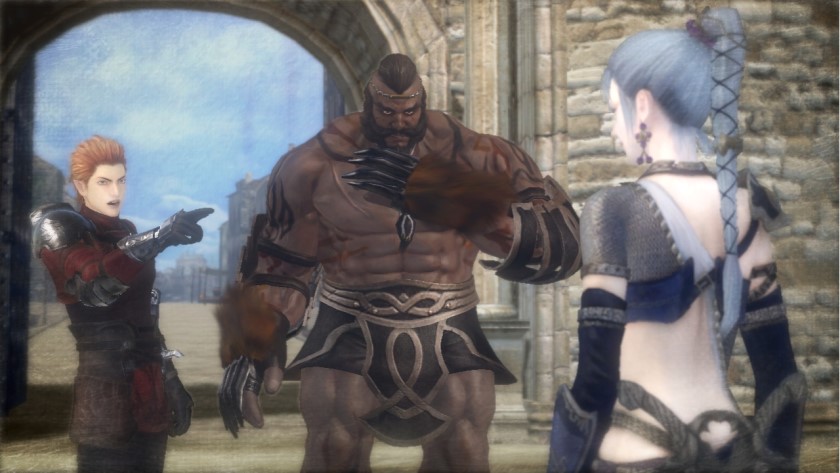 The combat system in the game is by far the best part about it. Easy to use controls as each character has three different attacks, and you can map two sets of these three attacks which can be done easily making the combat flow perfectly as well as being able to roll, jump and guard. Chaining these attacks together will give you deadly combos and add switching between each character by the push of a button whilst doing this will really step your game up. Early on in the game, practicing this is a good idea as the game will get progressively harder and taking advantage of the time you have while things are easier to learn the devastating, character switching combos, will really pay off in the end. When you die you go into the body of another party members while the dead one is revived over time.

Unfortunately your party winds up splitting up a lot of the time in the game, making it harder as well as taking away to feature of jumping into another party members upon death. So upon rejoining with my party I sigh of relief occurs as I wasn’t exaggerating when I said it is hard with out your party members even if you tend to just sticks one character. The graphics in the game are very impressive and quite enjoyable to watch even though there are very few cut scenes in the game which was disappointing to see. Instead of cut scenes most of the time they are replaced with a dull text dialogue that I thought we grew out of. In fact most of the story is told through this text dialogue which really pulls you away from a confusing and borderline boring plot. The story is by far the weakest point of the game. Exploration in the game is not really exploration as you enter areas of the game you will just explore the towns in the sense of reading boring dialogue boxes with not so graphically impressive still image backgrounds. That is not really exploration in a video, as least in my book. Another disappointment was the leveling system, being that is is an RPG this is usually a key element. But instead you are more or less just kind of making your characters stronger as a whole with out much option whilst doing so. Instead of unlocking abilities and skills as you level, you must purchase them from magic shops or get them by doing certain missions.

Thankfully once acquiring new skills and abilities you can build your characters to fit them the way you want to play the game as well as there being some pretty cool ones. You can choose between making your characters have all out attacks or give them more HP and everything in between. You can acquire 20 different abilities for each character, and you can upgrade them as well but unfortunately upgrading them doesn’t make a huge difference which is something that I would like to know why it was set up like that. 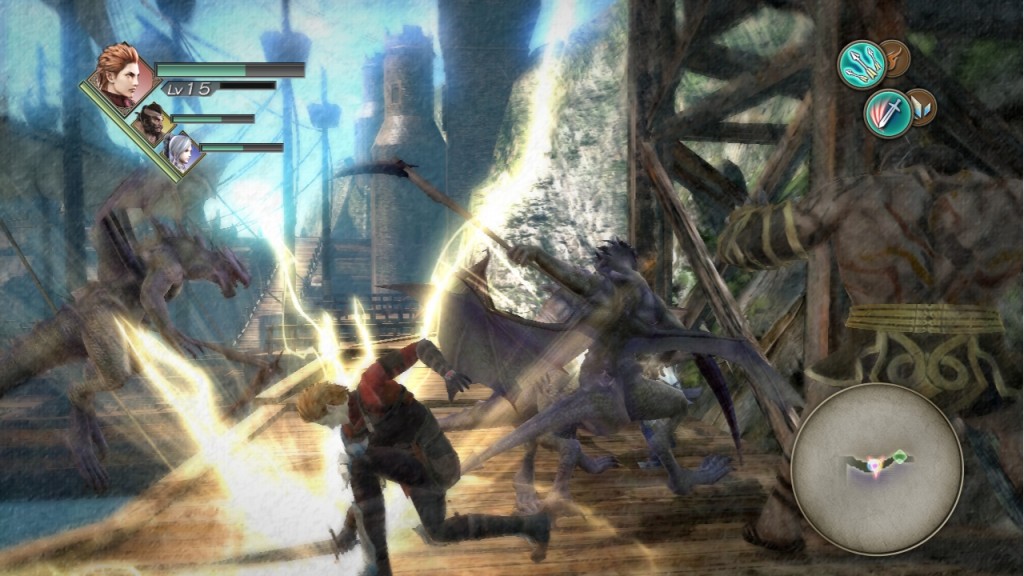 A little magice will do the trick.

Trinity: Souls of Zill O’ll can prove to be very, very long as there are many side quests and so much to do while it is mostly fighting you may have to collect things in a cave. The thing is the whole game is based around fighting which I don’t feel there is anything wrong with, it is just that is the extent of the game with the addition of some amazing looking levels as well as other graphically pleasing things. The game will begin to get very hard and you will have to fight giant monsters and dragons that are rather tricky to defeat not to mention taking advantage of optional quest to level up won’t hurt your chances of surviving.

If you are looking for a hack and slash RPG to delve into for hours with out much of a story, I could recommend this game for you. There are games I play where I could care less about the story, I mean do you think it bothers people not knowing why there are zombies in the Call of Duty franchise that they are killing? The answer is no and even though this is a game where a good story would have made it even better and with our the dialogue boxes, Trinity: Souls of Zill O’ll is a good game that will have you fighting your way through progressively challenging enemies with an extremely easy, flowing combat system. Developed Tecmo Koei and Published by Omega Force, the game is now available exclusively for the Playstation 3.

Great graphics unless you are in a dialogue box. Easy fighting mechanics the are pleasant just to see pulled off. Lengthy game with many quests.

Fighting is really all you will be doing as the story really is not all there. The exploration is dull and bland. Dialogue boxes hurt the game when they are compared to rest of its style.

Final Verdict:
GOOD
Hack and Slash RPG with three playable party members that has many hours of impressive battles.
A copy of this game was provided by Developer/Publisher/Distributor/PR Agency for review purposes. Click here to know more about our Reviews Policy.