We put Tritton's mid-range Nintendo's headset through its paces.

Though not in the upper echelon’s of Tritton’s headset collection, the Kunai is the first headset designed for Wii U and 3DS specifically. On sale for $50/£40, the Kunai for Wii U is a good quality headset at a reasonable price, but the built in mics on the 3DS and Wii U Gamepad make it a niche product that will only really be appreciated at this stage in the console’s life by committed audiophiles.

The first thing you notice about the headset is how well packaged it is. The packaging is slick, easy to open and presents the headset well. The Kunai is an on ear headset, but one that offers a decent level of comfort. It’s lightweight, and the foam on the ear pads is comfy and unobtrusive. A plastic clip connects the two ear pieces, and you can slide out each ear piece to accommodate different head sizes. The plastic shell of the unit seems sturdy enough but, as it’s just plastic, its longevity isn’t going to be especially impressive. It’s hard to complain too much at such a reasonable price though. Using the Kunai for long periods of time is possible without any head pinching or ear chaffing, a pleasant surprise for such a moderately priced headset. 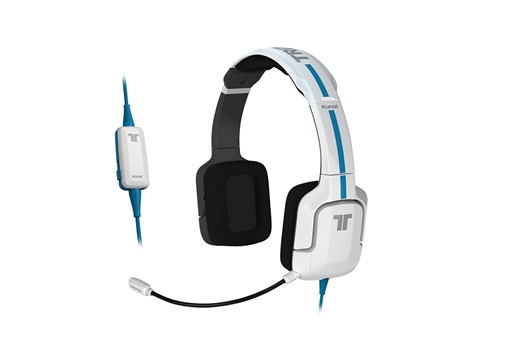 The sound quality is pretty decent as well, another element that wildly exceeded expectations based on the Kunai’s price range. Bass frequencies in particular are punchy and well defined, but this results in a noticeable sacrifice at the top end. I wouldn’t go as far as calling these frequency bands weak or flat, but they lack the same crispness of the low end, and are often overpowered as a result.

When you’re ready to get your smack talk on, attaching the microphone is a simple plug in operation, and you can just as easily remove it if you’d rather not have it in your face during single player gaming. The rest of the setup process is also easy, with a single jack you plug into your Gamepad or 3DS. The problem with only having the one jack is it prevents you using the Kunai as a headset for PC. You can always just get the audio through if you want some decent headphones, but it’s a shame that it lacks full versatility as a headset. That said, it’s branded as a Wii U headset, so I don’t know what I was expecting in regards to this. 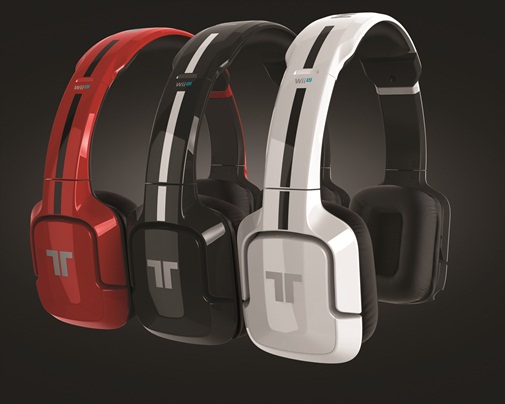 The microphone quality is pretty solid, and the cord that connects to your device has a pretty handy mute switch for when you don’t want to get picked up. That’s also where your volume wheel is, though there is no ability to alter how loud the microphone is. The mic does its job well but, seeing as both the Gamepad and 3DS have their own microphones, it isn’t exactly an essential element. Taking that argument further, both devices the Kunai is designed for also have speakers and, whilst they aren’t as good quality as the headset, it means the Kunai is rendered a somewhat inessential item. This is furthered when you consider that a lot of Wii U games don’t support voice chat, and the ones that do don’t have a huge amount of voices knocking back and forth during the average game at the moment.

For such a well priced unit, the Kunai is worthwhile for those who are interested. It’s a great unit if you want extra audio quality from your Wii U Gamepad/3DS and, whilst it doesn’t come with the same whistles and bells as other Tritton equipment, it’s fantastic for the price. If you’re on the fence though, it’s just not necessary in any way considering the audio capabilities of the two devices supported by the Kunai. It’s a great headset, but not so great to be considered a necessary purchase for all but the most aurally sensitive of Wii U and 3DS users.

Voice support is limited in many Nintendo games, Plastic clips have questionable longevity, Mid and high frequencies are unimpressive, No mic volume control

Final Verdict:
SUPERB
A decent quality headset from Tritton, the Kunai is a solid bit of hardware, but the built in mics on the Wii U Gamepad and 3DS make this a product with limited appeal
A copy of this game was provided by Developer/Publisher/Distributor/PR Agency for review purposes. Click here to know more about our Reviews Policy.