Posted By George Reith | On 07th, Dec. 2010 Under Reviews | Follow This Author @GNReith

It was only ten or so years ago that games seemed to serve the sole purpose of offering a challenge to a specific demographic who were willing to sink several hours into various campaigns and story modes. The climate of our industry is somewhat different nowadays though, as more and more games capture a casual audience by letting them sing, dance and perform other such frivolous activities that seldom featured in our gaming experiences of yesteryear. Yet in a sea of mediocre rhythm action titles and Farmville rip-offs, Truth or Lies stands apart as a party game that can supposedly detect how truthful you are being by the sound of your voice. The interface is clean and simple, even if the questions aren’t

The problem in attempting to evaluate Truth or Lies revolves around its dichotomy between being a party game and being truth detection software. As far as telling the truth is concerned, Truth or Lies is very suspect indeed. The game requires a USB microphone (which does somewhat limit the amount of people who will be able to enjoy it considering the game doesn’t come with one) and it tracks your voice as you answer the questions and discerns how true or false you are with your answers. You get more points for truthful answers, though some of the questions are obviously designed to be awkward in an attempt to force you to try and lie convincingly. Of course you get three skips in a round you can use, just in case you get lumped with a really awkward question. At the end of each round it will tally up the scores and quite humorously play back the most honest and least honest answer for that round, though how they are able to judge degrees of honesty and dishonesty is beyond me.

The way that Truth or Lies tells whether you’re telling porkies or not though is suspicious to say the least. When you create your profile you are asked to answer three questions truthfully and three questions with lies. It then calibrates the software to your voice and the nuances it adopts when you speak truthfully or not. The problem is that I get the feeling that it literally just listens for similar tones within your voice for true and untrue answers. Half the time I actually thought that the game was just guessing fifty fifty on whether I was lying or not. In this respect Truth and Lies generally fails to accomplish what it aims to do but, regardless of this, it was still a blast to play with a bunch of people. The variety in the style of questions makes Truth and Lies a fun romp for all kinds of people. Whether it’s kids, adults, families or other denominations, there are questions to suit all kinds of people. While some of the questions were stale and clearly filler, there were many that were amazing and set up some classic banter across the room. The questions are also fairly abundant and even after a few hours of play there were very few repeated questions coming up. The hot seat mode also adds to the fun, where you can put a friend in the hot seat and ask them your own questions. This mode must come with an advanced warning though, as the questions that your friends come up with are likely to be a million times more embarrassing than what the game can manage. Being told by a game that I was sexually attracted to my cousin was one of the more awkward moments of my life and I would certainly never wish it on anyone else. 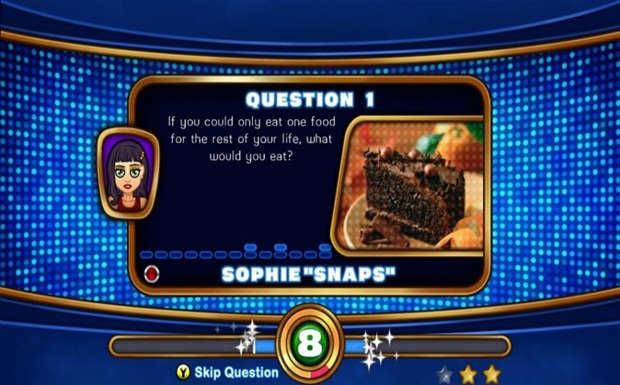 The questions are usually amusing, but there are one or two arbitrary filler questions

The aesthetic side of a game like this is hard to be particularly critical about, as it usually takes a back seat to the rest of the package. The kind of pretty water effects and sixty frames a second action of blockbuster titles won’t be present in Truth or Lies but it is certainly packs quite a slick interface. The one aspect I would highlight is the vocal commentary that accompanies most of the in-game action. Even though the commentator might become a nuisance after a while, it is worth noting that some of his dialogue is well written and quite comically delivered.

One of the thorns in the proverbial side of Truth or Lies is the question of longevity. A game like this has very lifespan when you consider how it only really holds water for short bursts of play. Not only that but, regardless of how many questions there are, there will come a time when all the questions have been answered and the game will lose all replay value. It also doesn’t help that there isn’t a single player mode to help extend game time. With all that said Truth or Lies is the kind of game that becomes fresh with every new group of people you play it with, and for the reduced price that it retails at there can be few complaints. 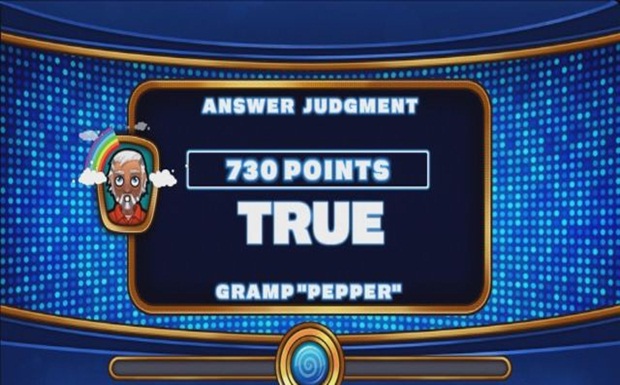 You get more points for an honest answer, but the truth detection part of the software is very inconsistent

If you want a fun party game that anyone can jump into easily then Truth or Lies offers a barrel of laughs for a very low price indeed. Truth or Lies is at its core an enjoyable experience, but this is only if you can get over the very dodgy truth detection software. It becomes hard to wholly recommend Truth or Lies on account of it failing to accomplish what it promises but, regardless of this, it will offer you and your friends more than enough enjoyment to justify its low price.

Good variety of questions, Easy to pick up, Unique concept, Appeals to a wide audience, A fantastic laugh with a group of friends, Well priced

Questions can be hit and miss, The software's ability to discern the truth is suspect, Has a very limited lifespan, Requires a USB mic, No solo play

Lie detecting software turned party game, Truth or Lies offers fun party play at a reasonable price but is rather let down by the reliability of its voice recognition

A copy of this game was provided by developer/publisher for review purposes. Click here to know more about our Reviews Policy.
Tagged With: ps3, Truth or Lies, Wii, xbox 360