Ubisoft Has Three Unannounced AAA Games To Release By March 2020

Ubisoft revealed their financial report today. The company is in some great shape with very good sales, and over 100 million active users across their titles during the last fiscal year. It also showed that Ubisoft has a few secrets up their sleeve, as they plan to release three new large scale productions within this fiscal year.

The company recently announced Ghost Recon Breakpoint, the latest entry in the shooter franchise. As you can see from the chart below, it’s not the only big title they planned for this year, apparently. It’s listed beside three more as-of-now-unnamed major titles that they will release by the end of the fiscal year (which runs until March end of next year).

Assassin’s Creed won’t have a new entry this year, and it’s unlikely that a full title will be released outside the holidays. There’s been murmurs of Splinter Cell making a return, though nothing concrete as of yet, and we’ve not heard anything from Far Cry since New Dawn’s release. It’ll be interesting to see what Ubisoft has in store. Perhaps Watch Dogs 3? With E3 right around the corner, we’ll most likely hear something for at least one of those titles there. 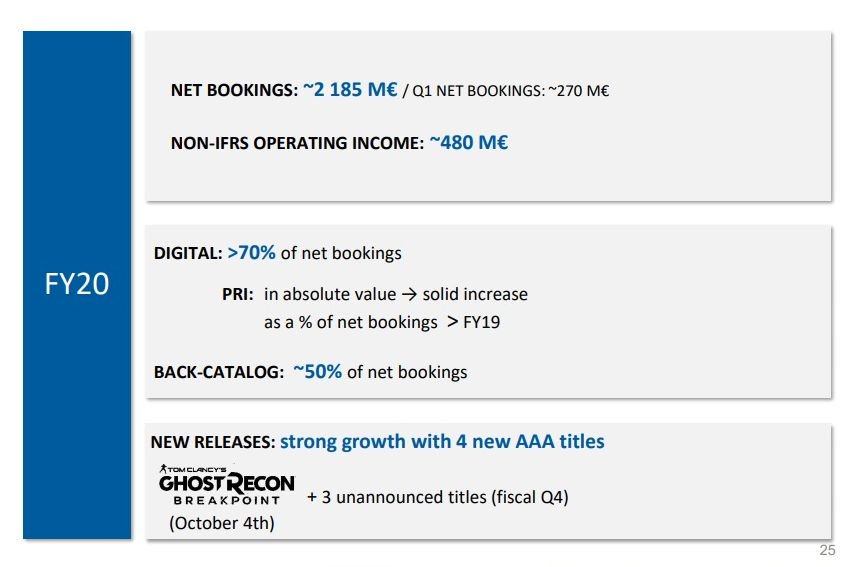