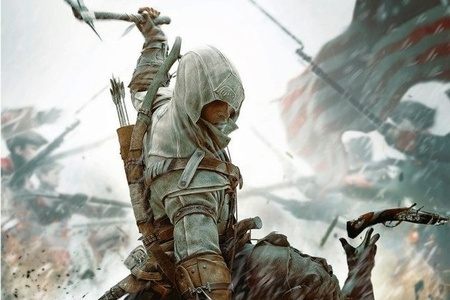 Ubisoft Matt Turner says that while Dan Brown’s Freemason theories in his books are similar to the direction Assassin’s Creed 3 will be taking, they aren’t entirely similar.

“I’m aware of Dan Brown and stuff but he’s not our identity,” he told CVG in an interview. “The Assassins/Templar stuff… our version of that intrigue has a different flavour for sure.

“We have a different pace and way of telling it and I think that’s important for us, that we differentiate from that a lot. Dan Brown’s books are great and obviously very popular but we focus on making our Assassin’s Creed narrative to have its own identity.”

When asked about the Templar conspiracies and how they’re similar in both the works of fiction, Turner said- “Yeah, but we intentionally take different paths. With Templars and Dan Brown’s Freemasons… there are all these conflicting versions on what these people do, with The Illuminati and stuff.

“So there are a lot of different options on how you can tell that story and select different things to be your truth, and I think we have lots of options. We have tonnes of room to exist in the same space but be our own thing.”

He then went on to talk about the frontier in Red Dead Redemption, and what impact it had on the development of AC3 and its setting. “I think it’s a convergence of minds. When people are thinking about the same topic at the same time, they’re bound to have some ideas come around at about the same moment,” he said.

“We’d been working on the animal and the frontier stuff and then Red Dead Redemption came out. We saw it, played it cover to cover, and it was less of an ‘oh shit’ and more of a ‘aha! How can we do better than that?'”

“Because that’s something that Rockstar does – it always strives to be the best,” he continued. “They always try to push things in new directions and I think we need to do the same thing.

“As a team we saw how good it was and how they had tonnes of success and we were like, ‘OK, let’s look at their success and see how we can take it in new directions.’ That’s what I think we’ve tried to do.”