Posted By Kartik Mudgal | On 24th, Jan. 2012 Under Reviews | Follow This Author @KartikMdgl 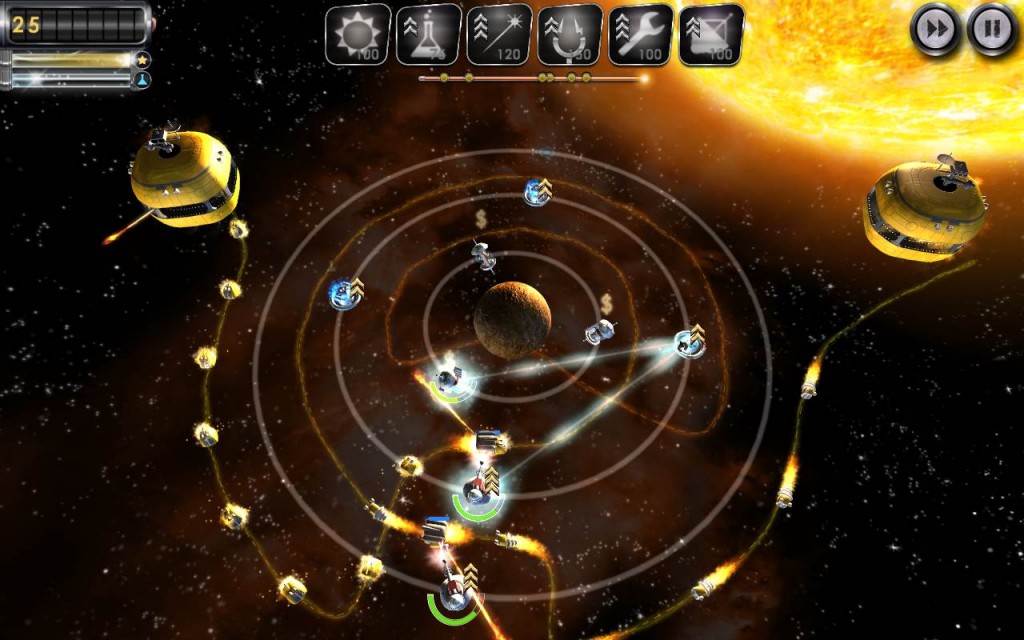 I love tower defence games, and I usually end up wasting so much time with each one of them that I gobble up any new game I see. Unstoppable Gorg is another such type of game, but the premise is so unique and wonderful that it took me by surprise. Now, you will find most of the basic core mechanics in this game, with an added twist of course.

This is a game that became incredibly challenging as I kept playing the main story levels. It starts of slow enough, with a decent text based tutorial which eases you in and teaches you the simple gameplay mechanics. It’s fair to say that you won’t get lost here at all.

Such games are usually devoid of interesting setting and a back story, but here it’s actually interesting here with a cool Alien invasion theme that reminds you of the 50s. The invader ships will usually come from four directions penetrating the orbital ring, where you have your defences to the centre. As you know with other tower defence games, inability to stop them results in a game over. 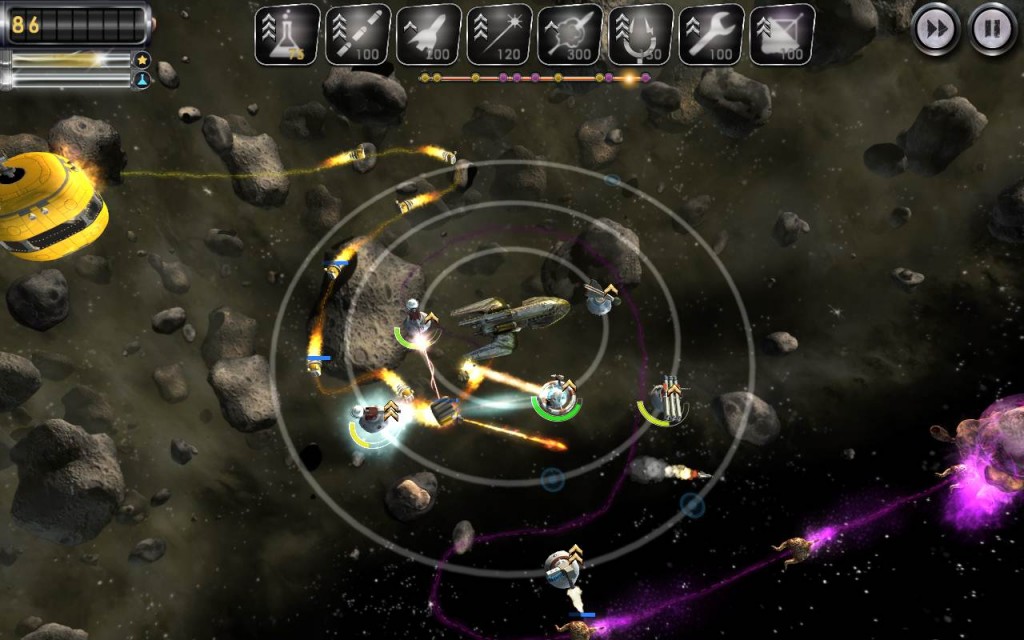 This is where your defence placements come in. The most interesting thing about the setting here is that you can rotate the orbital rings, so that means, you have the ability to keep defences where you need them. You get a limited number of spots to place them in the rings. But you cannot load them with, say, turrets only, because you also need money to purchase new guns.

You start off with 100+ credits, and a money generator satellite (as I call it), requires exactly 100 credits or dollars or whatever. So your best bet is to place one as soon as the level begins so you have a steady supply of money, and the more you place, the faster you earn credits. Of course, as the spots are limited you can’t go overboard with one thing. You can also place a research satellite to get some research points for your defences.

Beginning of each level, you have load outs available to you, with which you can customise what defences and support satellites to take. There is a limited amount, so every choice counts. If you get massacred then fret not, because as they say, “Try till you succeed.” Trial and error applies here, as you keep playing the main story levels. There are 21 levels here, so the game will keep you occupied for a wheel. It’s not a bad deal considering it costs just $9.99 on Steam. 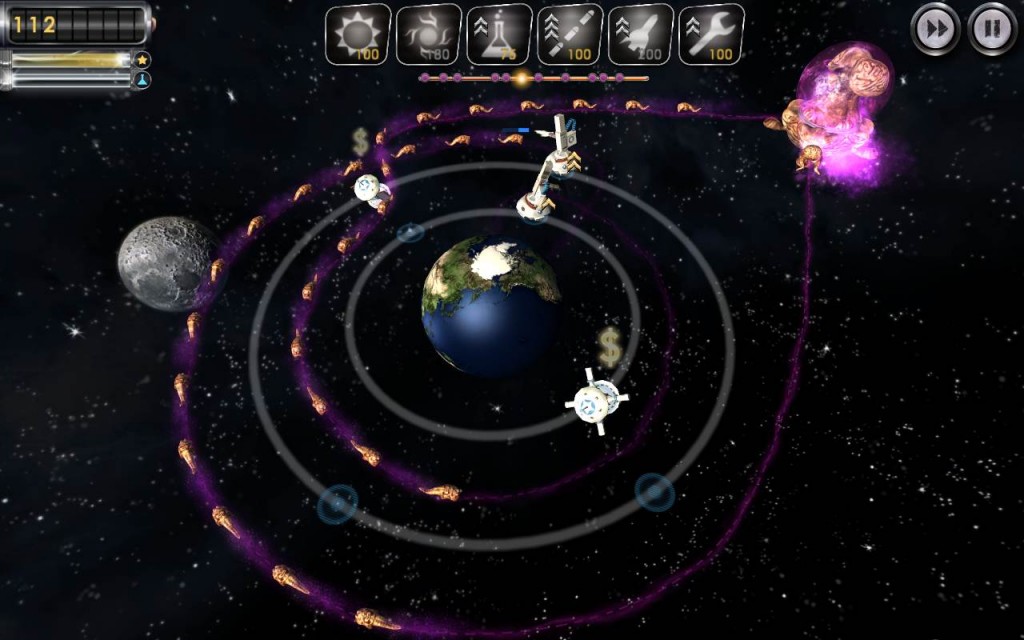 Unstoppable Gorg gets a little challenging and forces you to use a little effort in solving each levels later on in the game. While, it can get a bit repetitive, there are a lot of enemy varieties here to challenge you, and items at your disposal that you can upgrade, repair and sell, to maintain your dominance. The soothing music just adds to the immersion.

There are a lot of keyboard shortcuts at your disposal if you wish to speed up your gameplay, and just like the RTS games out there, it really is beneficial if you learn them. The PC requirements aren’t that demanding, so anyone with a decent PC – Core2Duo and the likes, can run this game no problem. If you are looking for a reasonably priced tower defence game, then Unstoppable Gorg can fulfil that void.

Gets a little repetitive. There could have been a lot more content included.

If you are looking for a reasonably priced tower defence game, then Unstoppable Gorg can fulfil that void.

A copy of this game was provided by developer/publisher for review purposes. Click here to know more about our Reviews Policy.
Tagged With: pc, Steam, Unstoppable Gorg