For all the times I see a console RTS and shake my head in dismay, there are many times when I see a game better focused for the lounge audience making an appearance on PC. Virtua Tennis 4 is one such title that was clearly never intended to move out of its safe haven of home consoles, but it makes for a fairly impressive port regardless. There are a few changes to get your head around in the PC version, but the game is largely identical to the Xbox 360 version we reviewed a few months back. Check out the original review for a full run down of whether the VT4 experience is worth your cash. For those really interested in PC tennis simulation goodness, read on. 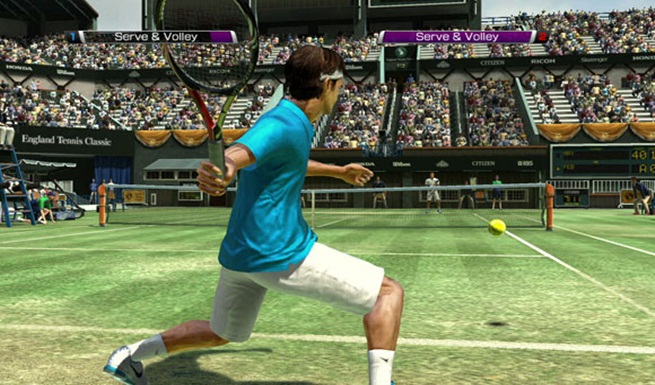 Now if only it felt as good as it looked

The first thing worth noting is the DRM included with the game. If you get the game via an online store then you know the drill, but those who get a boxed copy need to connect so they can verify their copies of Virtua Tennis 4 via Games for Windows Live. It’s not too big a deal for those already using Windows Live but, even if you have a decent internet connection, having to download and install the program if it isn’t your usual gig is pretty annoying. Those who were hoping for some casual solo tennis play without the need for a net connection will be left with disappointment by the whole ordeal. Granted, nearly everyone and their mum has regular internet access these days, but it seems silly to force players to jump through the same DRM hoops for both physical and digital versions of the game. The whole Windows Live aspect isn’t without its disadvantages though, as it allows for easy achievement and online friends management via the Games for Windows Live client. In fact, the whole online segment of Virtua Tennis 4 runs fairly smoothly because of this. 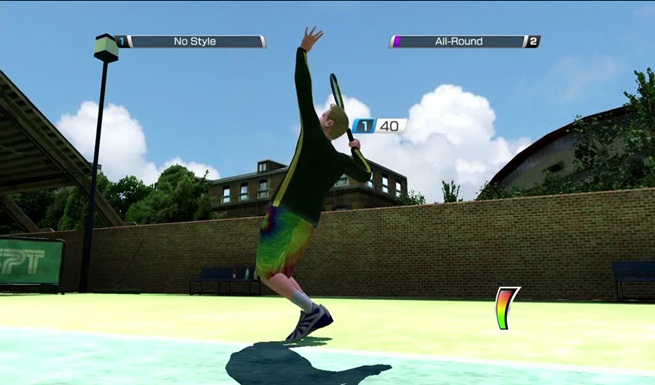 Virtua Tennis is as simple and addictive as ever

The Windows Live link to the Xbox 360 and Xbox Live domain doesn’t end with shared friends lists and online components though, as players can opt to use an Xbox 360 controller as an alternative input method. I’d whole heartedly recommend it too, as the keyboard controls just don’t feel right. As much as I love the old fashioned mouse and keyboard for some game types, it just feels like a poor way to control a tennis game. Fully customisable key mapping is a definite win on Sega’s part, but PC controls were never going to be friendly for a game like this. 360 pad support is definitely a good alternative then, but it is silly that other USB controllers aren’t supported straight out of the box as well. Supporting a particular brand is one thing, but alienating a large segment of your audience is another.

In terms of visuals, the PC port of Virtua Tennis has a level of high polish. The port looks the part when cranked up to full, but also does a good job of supporting a lot of entry level hardware. VT4 is not a resource hogging monster, but it isn’t an ugly beast either. In terms of stability, things are also pretty good for the most part. It was a rare occurrence, but I had a few game crashing glitches that sent me right back to the desktop. A very annoying element, but one that will hopefully be promptly patched up. 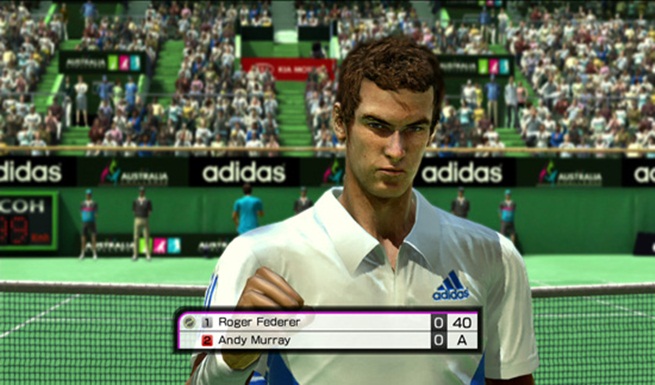 The game looks good, without being too demanding on your hardware

For PC gamers desperate to get a post-Wimbledon tennis fix, Virtua Tennis 4 will cure your ills. Its simple and addictive gameplay formula shines through thanks to a fantastic port to PC. That said, its console brethren are clearly the original and best versions of the game. With flashy motion control modes and slightly more tactile controls, the console version of VT4 are just a few steps ahead in the proverbial race. That said, if PC is your only option, Virtua Tennis 4 is still a highly playable Tennis experience.

Default keyboard controls feel a bit sketchy, No support for generic USB controllers, Odd cases of game crashing glitches, Must download and use Games for Windows Live to install

Final Verdict:
GOOD
As PC gaming is supposedly powering its way through to extinction, Sega have been kind enough to give PC gamers a bit of love with the release of Virtua Tennis 4 for Windows. The controls and DRM may not be quite as forgiving as the game's console counterparts, but it still offers a great arcade tennis experience
A copy of this game was provided by Developer/Publisher/Distributor/PR Agency for review purposes. Click here to know more about our Reviews Policy.