War Thunder Ground Forces serves as an exciting addition to the free to play game War Thunder. Where War Thunder placed a large attention of dog-fighting in the sky and attacking ground forces from above, Ground Forces throws tanks into the mix and manages to play just as simple and effective, while remaining detailed enough for advanced players to excel in. What’s great about the new implementation of tanks and is by far is it’s greatest strength, is that it doesn’t feel shoved in just for the sake of the game’s longevity. Tanks fit perfectly fine within the context of the game which is obvious given the time period and setting of the game, but also in the way the game plays and controls.

Driving tanks are largely straight forward and require no real learning curve whatsoever. The difficulty level of the gameplay itself is tied into the actual tanks. Whereby, three game modes are available that dictate the realism of using the tank. Arcade serves as a beginner’s introduction to the game or for those who wish to keep things simple. Realistic setting lowers down the traditional game elements and moves into a more simulated experience. 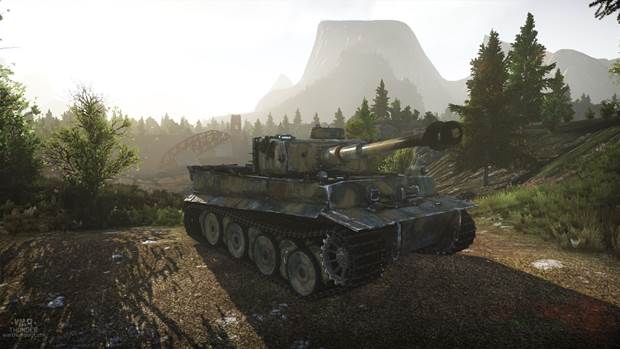 "The difficulty level of the gameplay itself is tied into the actual tanks. Whereby, three game modes are available that dictate the realism of using the tank. "

Lastly, the simulator mode take things right to the edge by stripping the game of all arcade-like elements, available view perspectives for the player, as well as the UI elements. These three levels of difficulty dictate how the player actually plays and goes about their style and tactics in gameplay, and this has been clearly thought out and balanced from a standpoint of player to game interaction. Much of the game plays largely the same as War Thunder with its bird’s in the sky, and this is what makes the game just as enjoyable as War Thunder.

The neat feature about Ground Forces however is not that it’s taken the battle from the air to the ground, but that it has introduced the battle to the ground. This means that not only can tanks do battle with tanks, but also with the planes in the sky, and vice versa. Just as War Thunder used a robust and complex customization system with its plane’s weaponry and crew recruits, by the use research points and earning coins from battle, so to does the tanks. While there’s a premium account available to purchase using real-world money, known as golden eagles, this isn’t necessary. The silver lion coins that you earn from taking part in battle are just as beneficial as they are in War Thunder, but one can see the rewards from purchasing golden eagles. Coins allow you to upgrade your crew, recruit new members for each vehicle you unlock, which will take a while, but this doesn’t feel so neutered that you feel obligated to spend real money.

Instead it encourages you to play on and while your starting tank isn’t exactly something to wink your eye at, the potential for what you can achieve is there. Ground Forces is exactly what you would expect from War Thunder had it started as a ground based game, but also excels on it’s gameplay by feeling more strategic as you play. 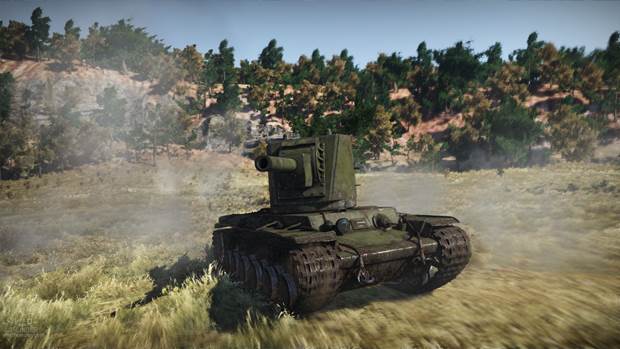 " Tanks are highly detailed as well as authentic, and the setting is just as visually impressive with enormous draw distances, flared lighting effects, and dense foliage."

While the arcade nature of the game has you blowing your enemies apart and scurrying across the grassy plains and hills. The more you take part in the game the more adept to the strategic systems of moving around the field and attempting do battle over long distances. Just like War Thunder the game is something of an eye-pleaser in the visual department, and as it takes place on the ground, the scenery is much more detailed and designed to fit the gameplay.

Tanks are highly detailed aswell as authentic, and the setting is just as visually impressive with enormous draw distances, flared lighting effects, and dense foliage. As the game is still in BETA there’s a few kinks still in place that require attention, but as far as servers and match availability goes everything works perfect and I didn’t encounter any issues regarding the online connection.

It will be interesting to see how the game copes once it actually releases and how well it fairs against similar games on the market such as World of Tanks. Since the game is free-to-play, anybody who’s even remotely interested in tank warfare or shooting down birds out of the sky, would be missing out should they choose not give it a go.