In a genre as saturated as the first person shooter, you can never discount the value of new and exciting ideas, and they become doubly precious when they’re backed up by solid execution. Dream Powered Games’ Warstride Challenges, which launched in early access not too long ago, is doing those things in its early days. Combining speed, skill, and creative design, Warstride Challenges is a fast-paced run-based die-and-try first person shooter, and so far, it’s making good on all of its unique promises. To get more of an insight into how ideas for the game’s concept first came about and what the developers have planned for its future in the coming months, we recently reached out to its developers with some of our questions. Below, you can read our interview with Ludwig Dresch, co-creator at Dream Powered Games. 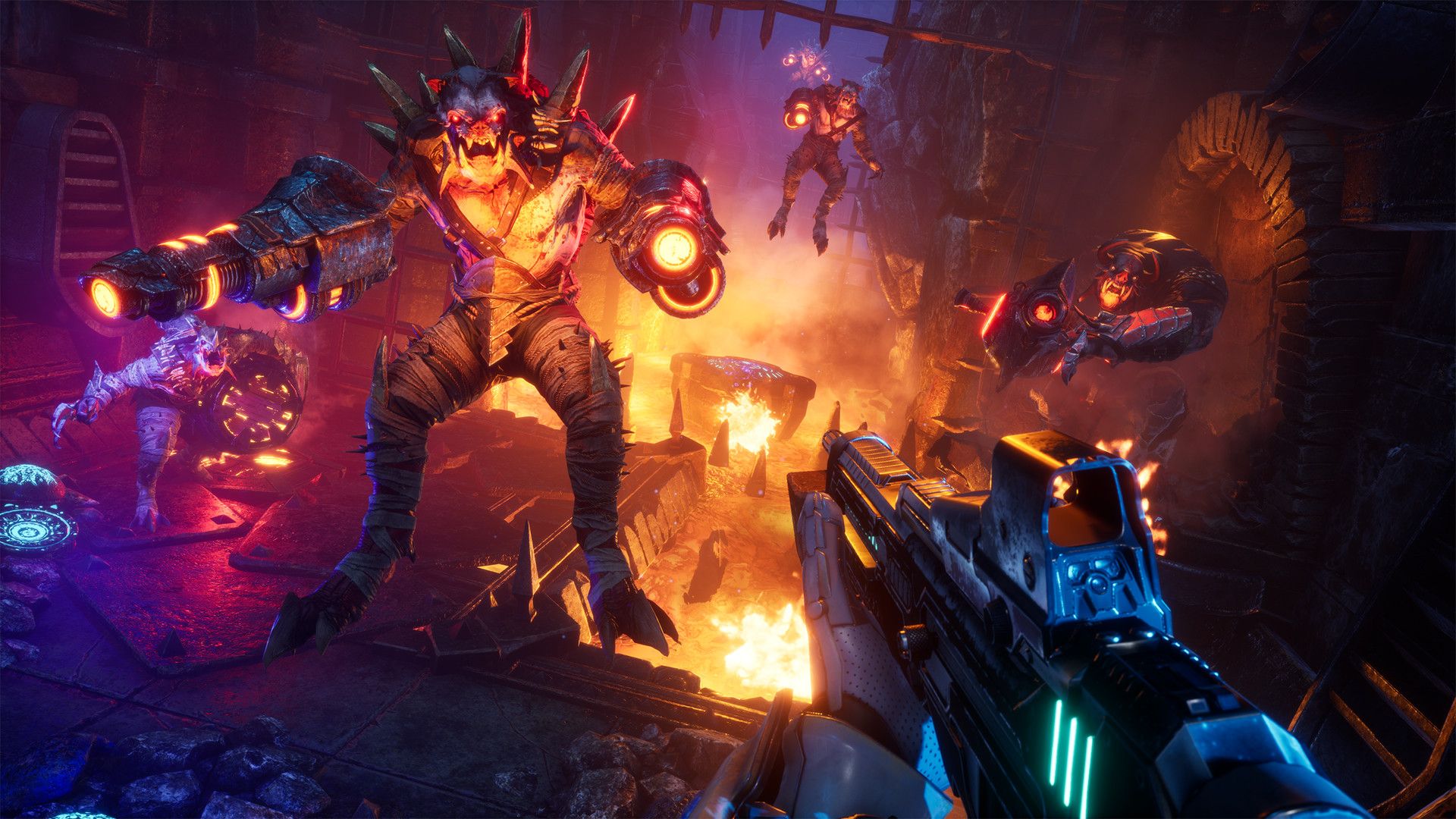 "With Warstride Challenges we wanted to force the player to always go forward, really being a champion not afraid to kill the enemies on his way."

Congratulations on Warstride Challenges’ early access launch! How has the reception from players been in these early days?

So far the reception has been really good, on Steam more than 95% of the players gave it a positive rating, plus many people have joined our Discord and we can say we have one of the best community we saw in game. People help each other, give good feedback and tips, etc.

Warstride Challenges places an extreme emphasis on speed and brutal shooting, and the way the game goes about delivering that isn’t something that has been seen in games all too often. How did the idea for the concept first come about, and how has the process of bringing it to life been like?

We are huge fans of fast FPS, but we wanted to do something a bit different, a lot of good fast FPS have the idea of keeping the player moving, usually to avoid taking damages. But with Warstride Challenges we wanted to force the player to always go forward, really being a champion not afraid to kill the enemies on his way.

Warstride Challenges focuses quite a bit on creation and sharing mechanics. How extensive is the game’s creation toolset? What are your plans for continuing to add to it and expand it?

At the moment the level editor is very basic, players can build level, place enemies and make them spawn, put an exit. But we want to improve it, adding more game modes, more enemies, more gameplay elements with better mechanics, more artistic elements, possibility to change some objects, etc It’s something we will keep improving during the whole Early Access. 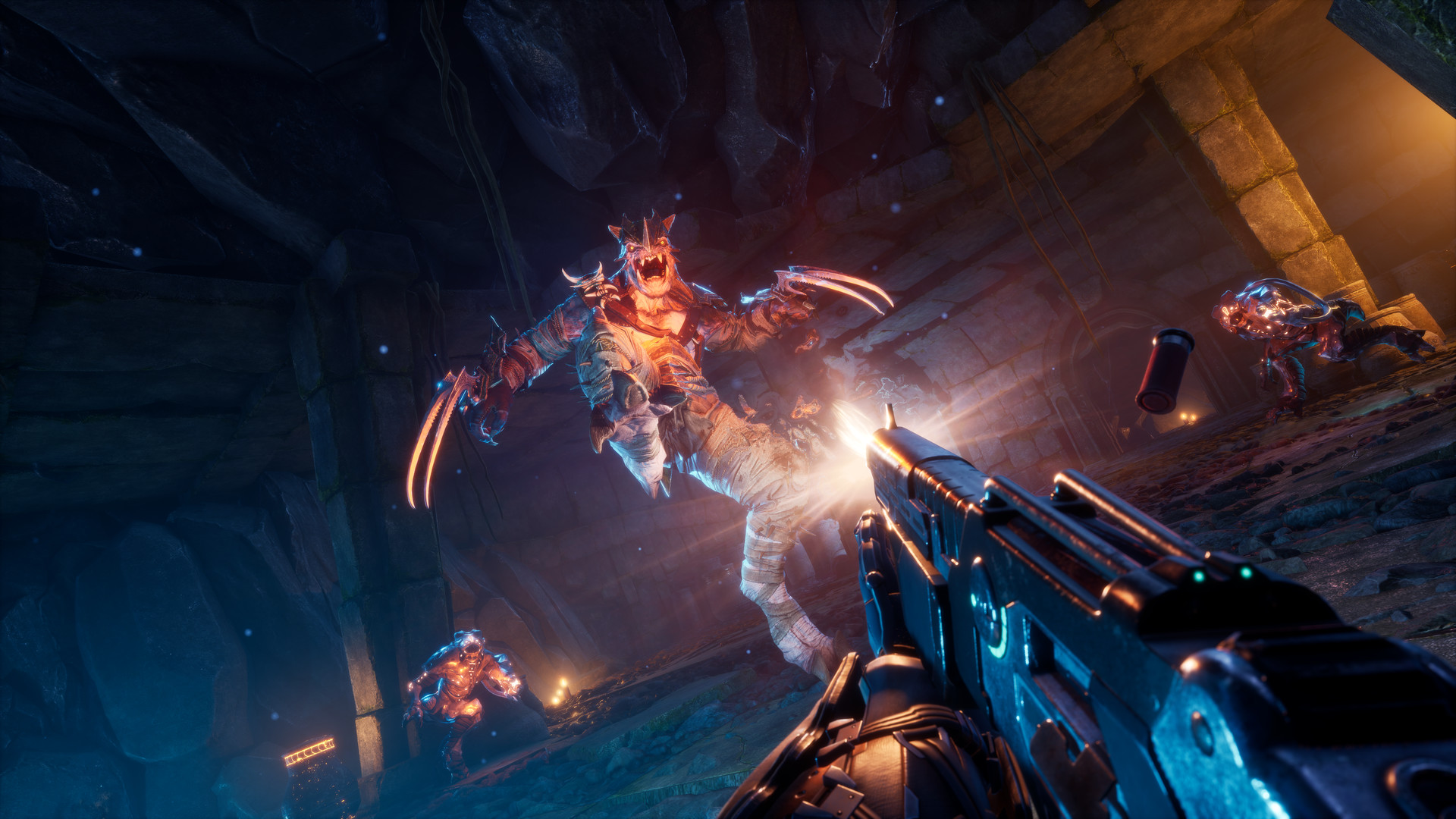 "We don’t want the Early Access to extend too much, so in a year or so it should be over."

What motivated the decision to launch the game in early access first? Roughly how long will its early access period last?

We made a beta last year, and feedback have been super helpful, and players were really happy to see that we have been listening to them. And this is what we like about Early Access. We don’t want the Early Access to extend too much, so in a year or so it should be over.

What should players expect from additions made to the game in the coming months where things like new levels, abilities, and the likes are concerned?

Players can see the living road map on the Steam page, we keep it updated after each update. The next big update will be the release of the 3rd chapter: The Forge, which will have a lot of cool features, like the grappling hook, the stomp and a rocket launcher, then the next very big one will be the live multiplayer.

Warstride Challenges does offer multiplayer elements with leaderboards, ghost races, and the aforementioned Nemesis mode, but do you have plans for more direct co-op or PvP gameplay down the line?

As said on top we plan on bringing a live multiplayer, with a game mode inspired by other titles, we have been thinking about that with the help of the community. PvP would be fun, but with the fast pace of the game that would be difficult, plus we are a very small team, so we need to focus on what really makes sense to us. 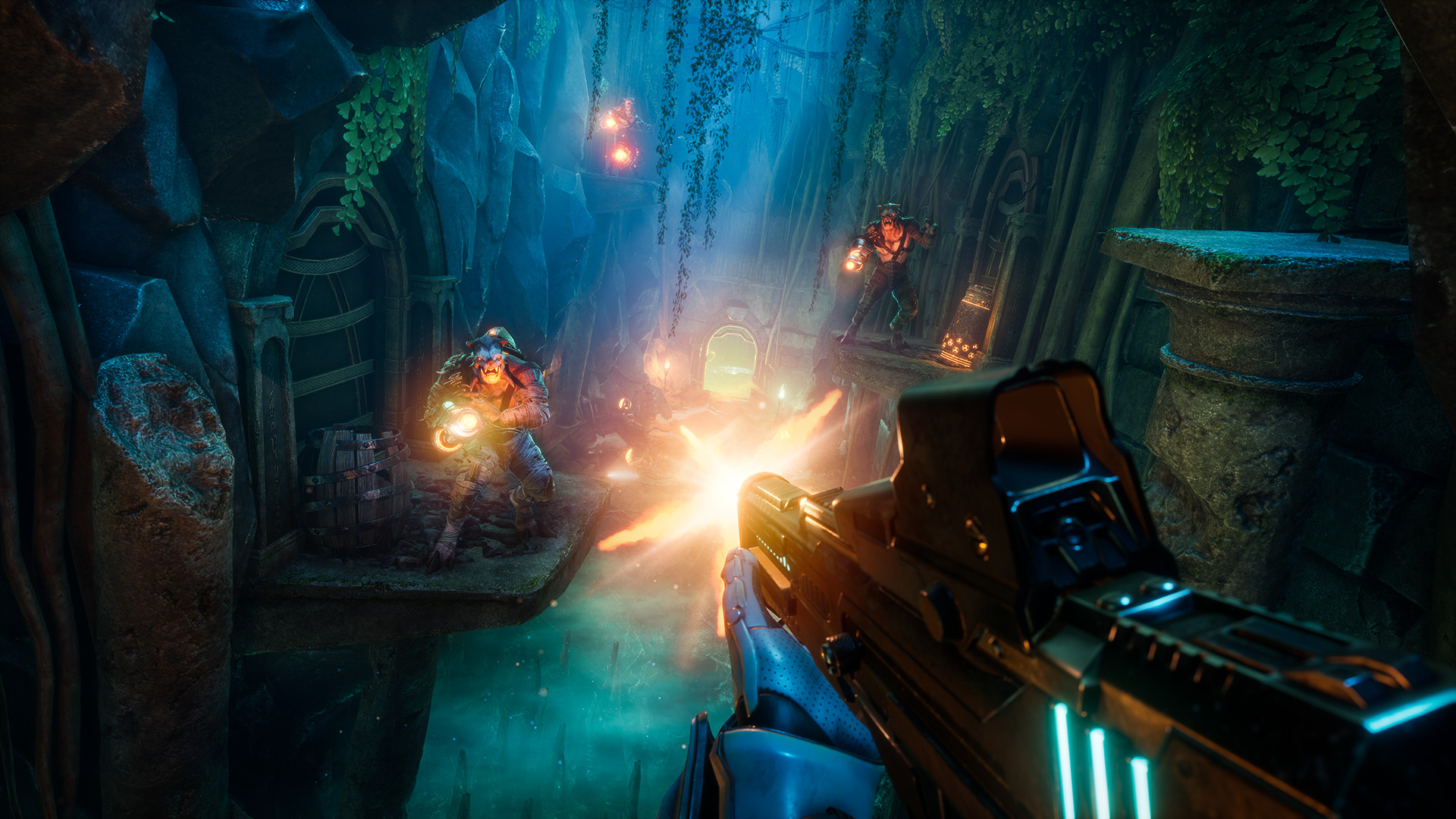 "PvP would be fun, but with the fast pace of the game that would be difficult."

Do you have any plans to bring Warstride Challenges to additional platforms down the line?

The game has already been announced on PlayStation 5 and Xbox Series, and we will see what else we can do.