On a particular forum recently, I saw someone had asked, ‘How many things do you think you have ever killed in games?’ I found this to be an intruiging question- I could only guesstimate at the figure being in the billions, especially if you include games like DefCON. Then I thought, who have I killed most? Coppers? Zombies? Nazis?

In a few words: Mindless. 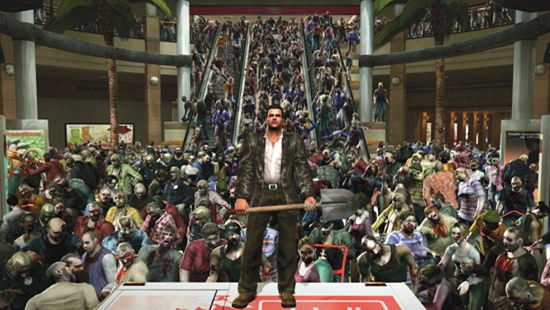 You're going to need more than a shovel, buddy.

Personally, I find zombie games more fun than anything else. There is just something hugely satisfying about blowing off a zombies head while it runs at you. They usually dismember in a variety of colourful ways, too. Zombies are the new Nazis- you can shoot them as many times as you want and no one will care.

In a few words: Fascist scum! 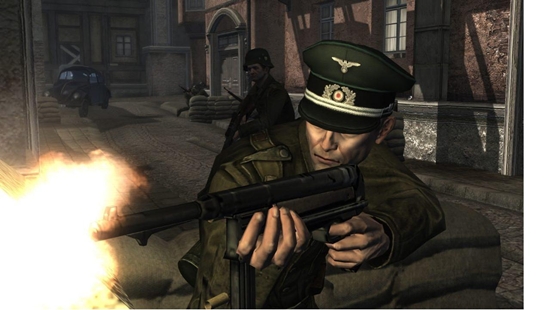 Nazis were the staple enemy in shooters up until about 2006. They were the fallback- if you wanted to just play it safe, you’d make Nazis the foe. Now of course., developers are moving away (albeit slowly) from the WWII setting and towards more modern scenes. But if you want some old school shooters with cries of ‘Jawohl!’ and ‘Americana!’ you should play some Medal of Honor.

Found in: Virtually every game has the Average Joe in one form or another. (There is one game in particular that features the killing of civilians…Hint: В русский)

In a few words: Ducks in a shooting gallery. 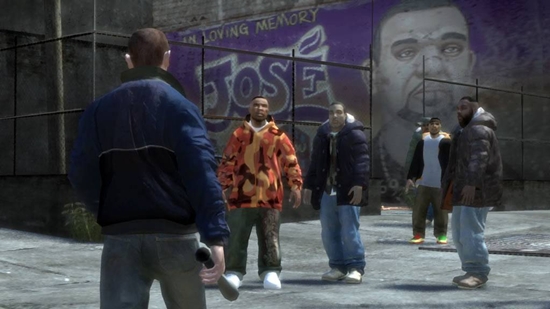 Ah, the ignorant bystander. Who doesn’t feel tempted to show them the pointy end of a rocket launcher? Standard pedestrians have a thoroughly annoying ability to stand next to you and generally get in your way while you blast at someone. Luckily, they often lack much health, and are usually unarmed. Civilians in action games typically act as fodder, whom you are free to set your sights on and blast away. Of course, this doesn’t always happen without consequences though- which brings me nicely onto the…

Found in: Again, many games. Open world games are the most likely genre to have them, but some shooters feature them as a nice, bright, blue distraction from your slightly tougher enemies.

In a few words: Annoying boys in blue. 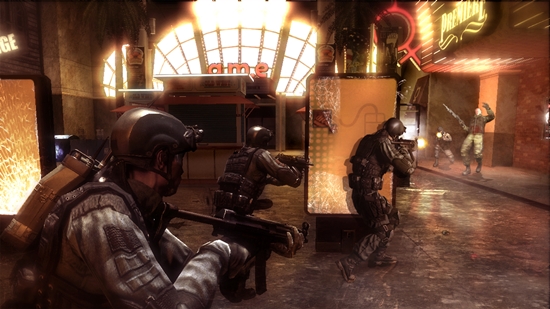 The Police are an interesting enemy in games. Of course, a large portion of shooters will have you take on the role of some sort of law-enforcer, but then again, many star you as a gun-toting gangster. They can take on many forms, from your humble bobby on a bike to a highly trained SWAT officer. When up against the former, you will probably find it an easy kill. However, should you be faced up against the latter, you are in for a world of hurt unless you act quickly. Pepper spray, tear gas and general low calibre weapons are the staple. 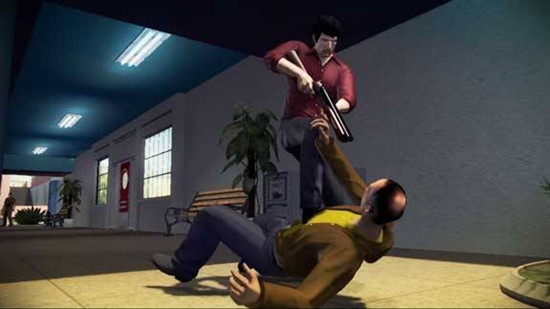 Gangsters are certainly an interesting bunch. They span a variety of games; from the thick-neck leg breakers to the criminal masterminds, there are a range of the tough to the tactical. If you find yourself up against any form of gangster in any game, take stock. Are they in a group with shotguns dressed in cheap shirts? Probably small fry. Are there just two or three of them running away through a back door in big trench coats? Probably the bosses. Prioritize your targets!

In a few words: Not-zombies. 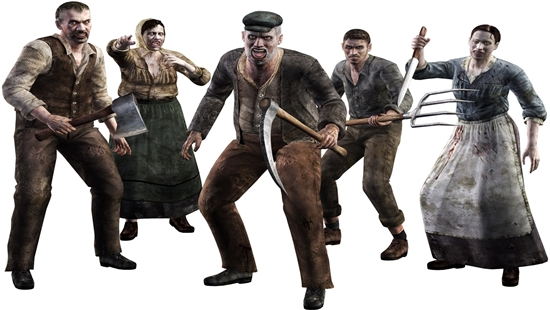 There are a bunch of zombie-like enemies that are found in a handful of games that are not technically zombies. They aren’t after your brains, and they aren’t mindless. Like the Ganados in RE4, Infected will often take several hits before going down, and normally possess some kind of melee weapons, or no weapons at all. On their own they can be easily destroyed, but when in packs… 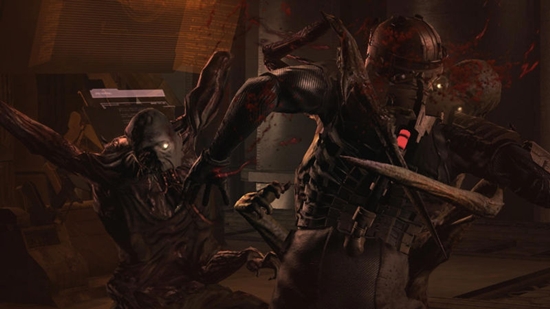 If you find yourself in a compromising position with a Necromorph, consider yourself a dead man.

Aliens rank up there along with Nazis and Zombies as being a staple of the action/horror genre. They have been used in games since they were invented, scaring us and shocking us with their mysterious abilities. That’s the great thing about aliens; the developer can make them however they like. Whether they are small and fast, huge and brutish, or just wierd and hairy, aliens are the enemies that are known for their colourful ways of disembowling you. 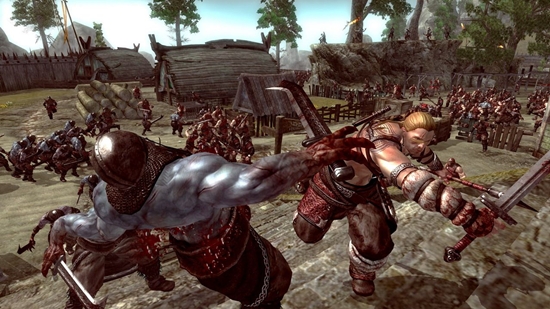 Warriors are a particular type of enemy who are often found in groups. They can be mounted or on foot, and they often wield swords, lances, axes, spears, crossbows, bows or javelins. Yep, Warriors have a healthy array of weaponry. Your standard enemy in these games is unlikely to pose a challenge; after all, these games often throw hundreds of enemies at you at once. Instead, they rush you as a group and take you on from all sides.

In a few words: Secretly iPods in disguise. 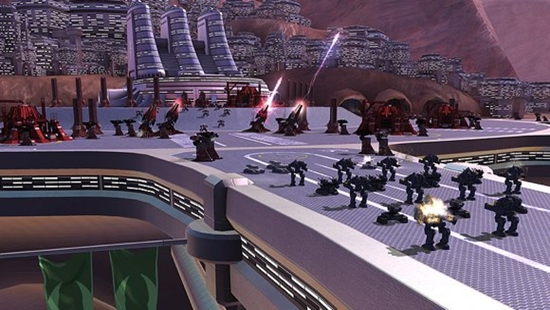 Mechs are the huge bulky machines built to take punishment, and dish it out. Normally packing a minigun or rocket launcher, these guys are one hunk of junk you don’t want to piss off. Luckily, when facing off against Mechs in games, you tend to have some kind of fitting counter- another Mech.

In a few words: Flying annoyances. 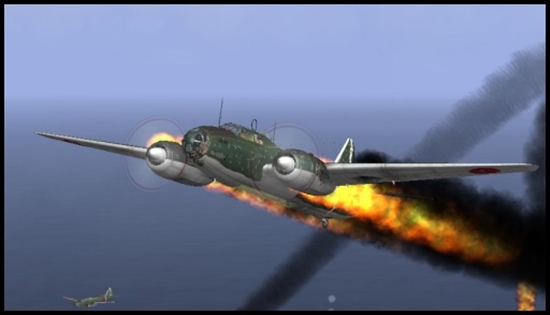 Fighter jets, dive bombers, assualt helicopters….The list goes on. There are a ton of planes to be found in games, ranging from the passive commercial airliner to the latest stealth bomber. Of course, this being a list of enemies, we will be focusing on the latter. They come equipped with an assortment of 50. cal machine guns, rocket launchers and occasionally a hefty payload.