IGX proves that video games have the power to bind gamers together without the need for modern marketing techniques.

When India’s first ever major games expo was announced a few months ago, I was rather skeptical. I thought it wouldn’t go down well- honestly speaking, who really cares to organize a serious games expo in India? This is not to mention the amount of investment that would be required to even get such an event going. But as the event came closer, I was surprised by the the final line-up of games, and the exhibitor list. Then, too, I had an inkling, a feeling, about this entire thing. I wasn’t really sure whether it would do justice to the games being showcased, let alone the exhibitor’s expectations of exposing their products to an engaged crowd, but I had a good feeling.

I wasn’t really sure whether the organizers behind the event marketed the event to make the local community of gamers aware about such an event. We did what we could to aid IGX [GamingBolt is an official media partner of IGX], but there is no denying that from a pure marketing perspective, I did not witness anything that would entail the hordes of crowds that are usually associated with gaming expos. As such, I kept my expectations low and went about my job and attended the event.

The other morning I reached the event, and much to my surprise, there were literally hundreds of gamers queuing up, eager to get in. I stood there for a moment and thought about the power of the gaming community. Gamers are a close knit community and seeing hundreds flocking towards India’s first premium gaming show was a testament that word-of-mouth marketing still beats the hell out of modern marketing techniques. Not all of them read a GamingBolt or a IndianVideoGamer or a Gadgets 360…the news about this expo simply spread amongst the local gaming community. I immediately knew that the event was a success. It was a success not only for the organizers and the exhibitors, but a success for video games, and their power to bind their audience together. 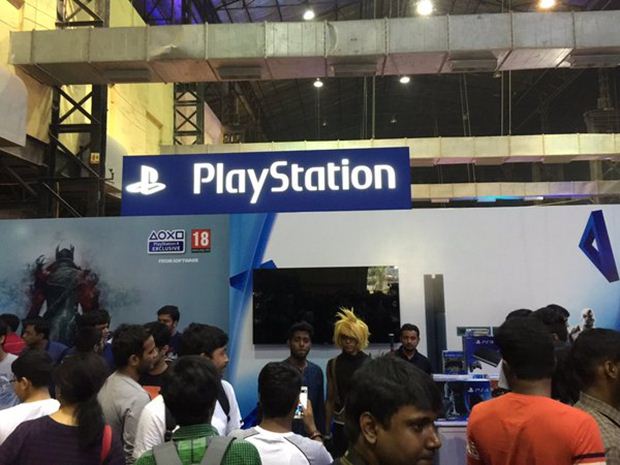 "IGX was a success not only for the organizers and the exhibitors, but a success for video games, and their power to bind their audience together."

The event was literally bustling with players, queuing up to play the biggest games of the year. Of course, no major developer or publisher was present at the show themselves, but the likes of Konami, Warner Brothers and Bethesda were represented by e-xpress Games, a local distributor. They arguably had the biggest booth at the show, not to mention their grand contest running across two days. On the other hand, PlayStation also had a presence at expo, showcasing almost all of their first party games that were released this year. One would obviously expect Microsoft to show up at such an event- the Xbox One has a presence in country after all. But disappointingly, Microsoft were nowhere to be found. What exactly happened is not known and we will never know why they opted out, but it’s a shame, especially given their amazing line up for 2015.

There were a couple of exciting indie projects, such as Apar Games’ Scribbled Arena, which has already been greenlit on Steam, but the star of the show was Absentia VR’s Tesseract Headset. We have covered the capabilities of this headset before, but in short, it can make any PC game VR compatible. Support for PS4 and Xbox One is also on the way. It was easily the most crowded booth at the expo, and deservedly so.

According to Gadgets 360, around 8000 people attended the show. That number is no where near E3, TGS, or Gamescom, but it’s a start. A start of something fantastic and wonderful for the local gaming scene. The big question to ask right now is whether the exhibitors and sponsors will see enough worth in doing this on an annual basis. Do they think whether the attendance number was enough for them to recoup the sponsorship costs, which most likely ran into a seven digit figure? Honestly, I don’t know. In my opinion, IGX was at the very least successful in getting distributors’ and sponsors’ interest piqued. Will this be enough to ramp up an expo for the next year? That remains to be seen. 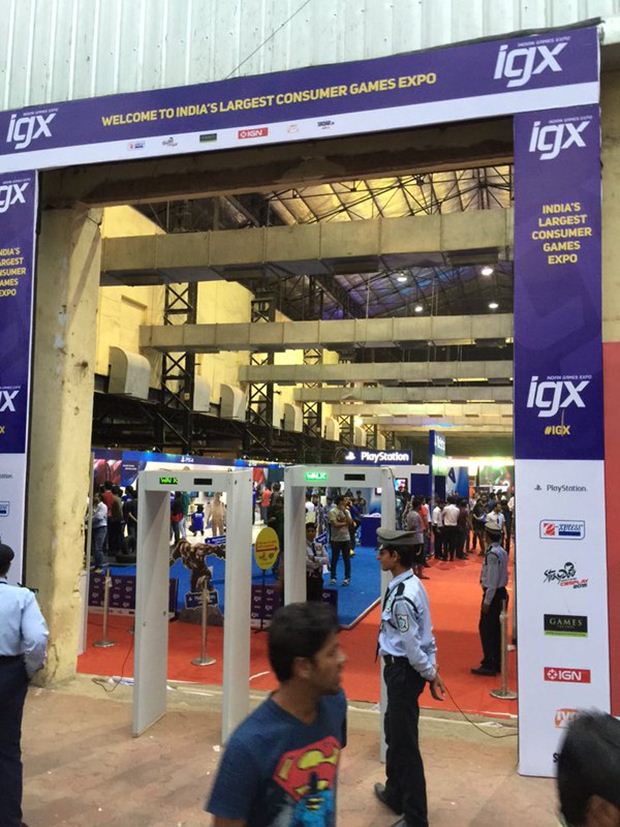 "IGX also served as a testing bed for local distributors and publishers, a test for them to see the true scope and engagement of the local gaming market."

In many ways, IGX also served as a testing bed for local distributors and publishers, a test for them to see the true scope and engagement of the local gaming market. The biggest problem with the local scene is that no one is making the effort to make people understand what AAA gaming actually means, or is capable of. People remain ignorant of the scope or reach of video games as a medium, because no one has made the effort to explain to them just what video games are, or what they can do. IGX is the first co-op effort by major distributors and publishers to educate their consumer base. And hearteningly enough, when they did that, gamers simply flocked in the thousands.

For its first ever showing, IGX is a massive success. With some coherent strategies, next year’s event could be an even bigger deal. If this event is not a testament to the growing local games industry, I don’t know what is.