Whether you’re a trophy whore or not, it’s hard to deny that trophies and achievements add at least a little excitement and replayability to our games.  With that in mind, it’s no wonder that trophies have long been rumored to be on their way to the portable console realm by way of the PSP.  For those of you who haven’t been caught up in the rumor mongering, here is a short recap of what’s gone down.

E3 2008 – the rumors begin– During a stage demo of Buzz! Master Quiz for the PSP, Emerson Escobar detailed a PSP trophy system that sounded eerily similar to the PS3’s trophy system.  When asked if this was a confirmation of PSP trophies, Escobar simply smiled and said, “Check back with us later.” 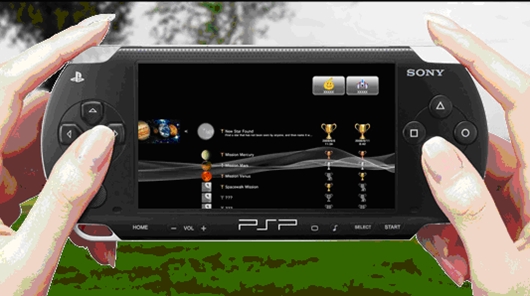 This would be awesome!

Later in 2008 and  early 2009 – the rumors escalate – The PSP received several software updates that merged Playstation Network account information with the PS3, with the most prominent feature being direct Playstation Store access straight from the PSP.  This led PSP owners to ask – If our PSP and PS3’s use the same PSN ID, why can’t PSP games have trophies?  A great question.  Cross-platform awards would be a welcome addition.

E3 2009 – the rumors are crushed – To the chagrin of PS3/PSP owners, Director of Playstation Network Operations, Eric Lempel, seemingly crushed dreams of PSP trophies by issuing the following statement to Joystiq: “You’re not going to see trophies on the PSP.”  When questioned as to why not, Lempel responded, “If people can artificially inflate their rankings and amounts of trophies it kills the whole system.”  For those wondering how that’s possible, the answer is through modding or hacking PSP units.  The relative ease of hacking PSP’s has been a thorn in Sony’s side since the portable’s launch, and allows law-breaking gamers to make considerable changes to the PSP’s hardware and software, even allowing copying of games. 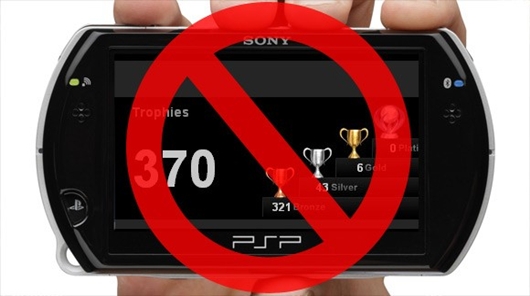 This would NOT be awesome!

Late 2009 – the rumors see new life – In an interview with Playstation: The Official Magazine, Shuhei Yoshida, Senior Vice President of Product Development at SCEA, was quoted as saying, “It’s under discussion, but there are some technical challenges,” when questioned about trophies for the PSP.  Obviously, this isn’t a yes or a no for PSP trophies, but it does confirm that Sony is looking into it.  The “technical challenges” are without a doubt surrounding the issue of keeping the trophy system legitimate and hacker-free.

This is a story that will continue to develop until Sony gives us a definitive yes or no concerning PSP trophies.  The perks some gamers garnish from hacking their PSP’s is currently keeping law abiding gamers from experiencing a feature that many would love to have.  Here at GamingBolt, we’re not all that interested in what side of the fence you’re on, but we would like to know if PSP trophies are something that you would like to have.  Feel free to leave your input in the comments section below.  Until next time, thanks for reading!