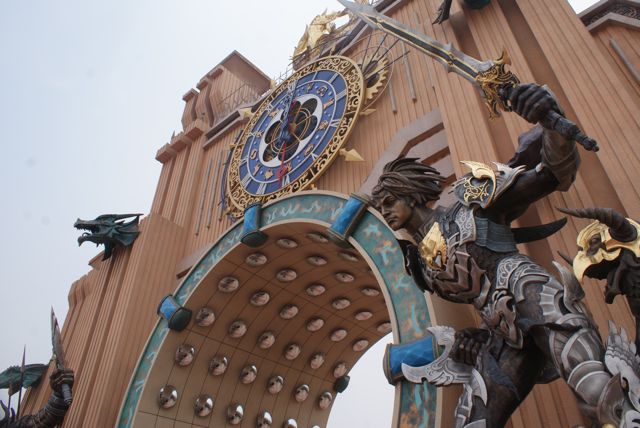 Now these parks are not officially licensed by Activision/Blizzard so names have been changed but it is all to try to capture the real life moments of the huge world of what Blizzard gaming has brought us.  World Joyland in the Changzhou, Jiangsu province of China is intended to merge our digital entertainment lives with the real world.  This includes rides and landscapes seen in the Blizzard game nerds have come to love.  The mission is stated as follows:

The park has huge gaming and technology R&D facilities inside, including the National E-Sports Competition Center, an International Anime Game Expo Pavilion, an Anime Game Technology and Derivatives R&D Park, and a Digital Technology High-end Professionals Training Center.  The park is huge but because it is unlicensed the World of Warcraft park is called “Terrain of Magic” and the Starcraft section is called the “Universe of Starship.”  They hope it to be the Disney World of Chine while the idea of a Blizzard theme park is not such a bad one, however this seems more humorous then entertaining.