World of Warcraft is one of these odd titles that you either love or hate. Regardless of your standing on it WoW is clearly here to stay but, after six years of mediocre expansions, the game was really in need of some fresh content. With that said, Blizzard roll out Cataclysm: An expansion that truly goes above and beyond the call of duty and almost completely reinvents the WoW experience. I started playing World of Warcraft for the first time for the purposes of reviewing Cataclysm and found th expansion to be both a vast improvement on the original WoW, as well as a fairly noob friendly way to start your time in the World of Warcraft.

The most obvious change made in Cataclysm is in the presentation. MMOs are generally renowned for their comparatively weaker graphics on account of many people needing to be able to run them to get the community thriving. This wasn’t so much of an issue back in 2004, but as of late WoW was really starting to show signs of its age. With Cataclysm installed the graphics have been improved immensely and are finally more in keeping with our current generation of visuals. This isn’t just for the end game content either. Though post level 80 content has seen the most improvement visually, the whole game looks much sharper now with more vivid textures and a vastly increased draw distance. The sound hasn’t seen such a huge leap forward sadly. All the music composed for the new content in Cataclysm is of the usually high standard demonstrated in the previous incarnations of WoW, yet they felt fit to change some of the old music including the title screen music and the tracks of many of the previous home worlds. Sadly, these replacement pieces aren’t quite as good as the originals and its one of those cases where a little less tinkering would have gone a long way. 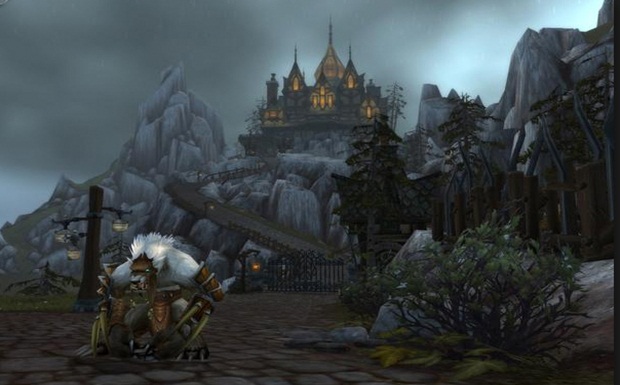 The most important changes you should take note of are the increased level cap that now sits at a maximum of 85. Whilst it may seem a little cheap for the level cap to have only been increased by five as opposed to the ten level gap we have seen in previous expansions, this is well reconciled by the huge quantity of post level 80 content that has been included in Cataclysm. It must be said that some of the end game content is somewhat flat in comparison to what we have been used to in Burning Crusade and Wrath of the Lich King, but there is still a huge amount to sink your teeth into and the new raids definitely hit the spot.

Whilst the new end game content might not be the greatest thing to ever hit the World of Warcraft, the new home worlds certainly are. It is worth noting that all the home worlds have seen improvements and additions, but the additional starting areas for the new Goblin and Worgen races are really the pinnacle of the extra content in Cataclysm. The Worgen story sees you inhabiting a member of Gilneas who begins to aid the soldiers of the town as they fight a werewolf like menace. Without giving away too much of the story you soon get turned into a beast man yourself and must help your people relocate to a new land with your new powers. Though the Worgen lack any particularly inventive powers or feats, I found the story to be much more engaging than any of the other quest lines seen in previous WoW expansions. The Goblin story isn’t quite as gripping, though they do have some rather interesting abilities courtesy of their rocket utility belts. Though it wasn’t able to grab me in the same way that the Worgen story did, the Goblin quest line does a great job of breaking away from the usual clichés we see in WoW. The Goblin quests aren’t about saving the people from the horde menace or assaulting the alliance strongholds. The Goblin story is all about personal wealth, mass greed and a rather zany brand of comedy. If you think you’ve already seen all that World of Warcraft has to offer, just wait until you sink your teeth into some of the Goblin quests. For all the new races are able to offer, I was a little disappointed there were no new classes in Cataclysm. I guess I’m being a bit greedy here, but the addition of the Death Knight in Wrath of the Lich King was a definite plus and I was hoping that Cataclysm would’ve done the same. 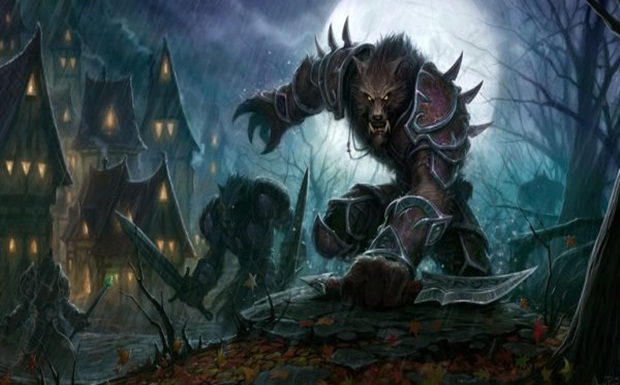 Unleash your inner beast as the new Worgen race

Aside from these major additions there are a large quantity of small fixes and improvements that boost the whole WoW experience for, both first time and, veteran players. When I was installing WoW for the purposes of this review I was absolutely loathing the thought of having to download the usually vast quantities of gigabytes worth of patches. Thankfully the new installer associated with the Cataclysm update allows you to play the moment the core files have been downloaded, meaning you can start playing immediately and continue downloading subsidiary data whilst you quest. It’s a rather small addition, but I was grateful as it saved me a good few hours of waiting around. A further alteration that helps you experience more of the game in a shorter time is a range of changes that allow you to level up much faster than before. I’m sure there will be some more dedicated players who are opposed to such a change but it honestly makes the game that little bit more enjoyable. Whereas before you needed to regularly grind to stay on top, you can now focus more on your quests than ever before and you’re never too far off that next new skill or upgrade. For those who love to play with their guild mates, you’ll be pleased to know that the guild system has been immensely solidified as well. The biggest change is that your guild will now earn experience points as you quest and raid together, and higher guild levels net you ridiculous bonuses for all guild members. These are all fairly small changes, but they really help you get in the game faster and make you want to keep playing for longer. 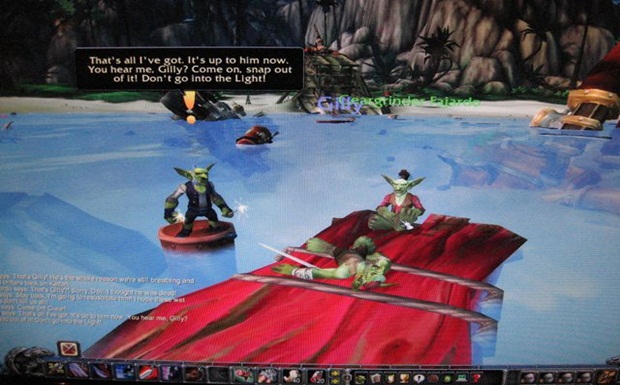 … or you can plough through the bizarre Goblin quest line

After experiencing WoW for the first time I was certainly finding it hard to see exactly what the fuss was all about. With Cataclysm installed though, I found the experience was much more enjoyable across the board. I still have general reservations about WoW as a stand alone title, (a subscription is how much a month?) yet there is no doubt that Cataclysm is the best expansion the game has seen yet and it truly brings the World of Warcraft into the next generation. If you love WoW then you should consider Cataclysm a necessary purchase.

Goblin story isn't quite as engaging as some of the other plots, Some of the end game content is a little bland, A new class or two would have been nice, Replacement music for some of the home worlds isn't as good

Final Verdict:
SUPERB
Marking the third expansion pack for the world's biggest MMO, Cataclysm truly brings World of Warcraft into the next generation with improved graphics and a completely reworked new suite of content
A copy of this game was provided by Developer/Publisher/Distributor/PR Agency for review purposes. Click here to know more about our Reviews Policy.