Following in the footsteps as World of Warplanes and World of Tanks, World of Warships seeks to imitate vehicle warfare through the use of strategy, accurate damage and realism, all of which are experienced through an online multiplayer battle system. Right off the bat it’s clear that World of Warships is geared towards competitive gamers, this is something that’s prevalent from the game’s menu system which features loadouts, ship classes, and an intricate progression system.

This continues into the battle space where things tend to start off slow, possessing a feeling of doubt and unsurety, not lasting long thankfully, before the player finds themselves within the intensity and chaos amongst the threat of surrounding warships. While each mode of play carries a similar style of play regardless of the rules of the game, capturing zones residing around land masses and defending each one from an oncoming threat that seeks to take it for themselves can be as exhilarating as it’s exhausting. 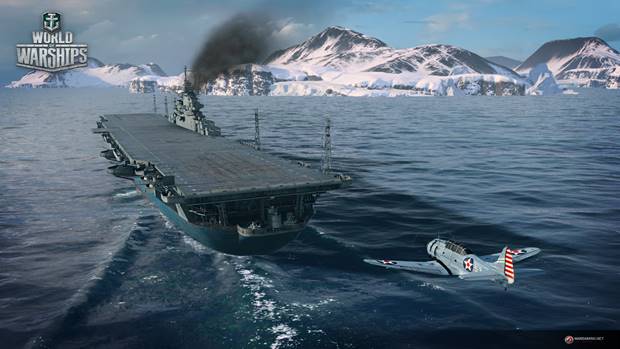 "This continues into the battle space where things can start off slow possessing a feeling of doubts and unsurety, not lasting long before the player finds themselves within the intensity and chaos amongst the threat of surrounding warships"

Destroying the opposing team’s ships while simultaneously receiving damage to your own does well in delivering a sense of threat and a thrilling adrenaline. It’s as overwhelming as it rewarding, something of which requires a great level of patience and learning that some may feel uneasy with.

Just like the previous games in the series, Wargaming.net seems to cater their games specifically, those with a deep level of interest and enthusiasm for vehicle based warfare and realism will feel right at home and will know exactly what they’re getting their selves into.

With that being said the audience for such a title is rather niche, this allows the studio to harness and focus their vision and resources for the game more appropriately, and fans of the series will without a doubt receive enjoyment from the game. In short, this isn’t casual. 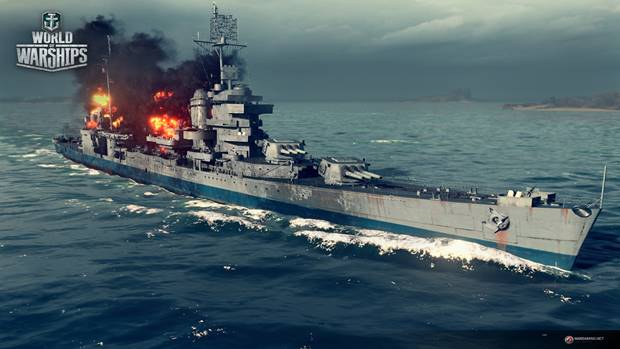 At this current point in time players are given the choice of four different ships. Destroyers, Battleships, Cruisers, and Aircraft Carriers. Whether or not this increases over time is questionable but given the studios’ history with their other titles, it’s a given. Each type of ship contains different properties for how they perform in battle, and players should find comfortability with a ship in a fairly short amount of time.

Destroyers make use of Torpedo’s and smoke screen distractions, following up with speed and maneuverability that puts them one step ahead of the other ships within the game. On the other end of scale the game offers up Battleships which consist of more powerful firepower and a higher level of defense and durability, which of course comes at the cost of slower movement.

Engaging in battle works on the basis of realism within the authenticity of the ships themselves. Weak points on the base of the ships and targeting the weaponry of the opposing ships can cripple their ability to retaliate if not destroy them completely. Although battles play out fairly chaotic there is a level of strategy and tactics, and since this is a team based game, working as a unit should aid in delivering this feeling of play. 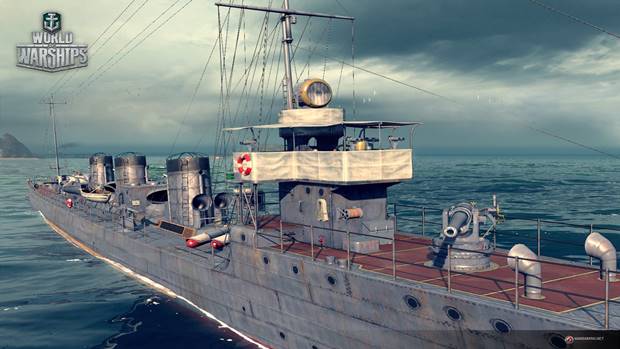 "Whether or not this increases over time is questionable but given the studios' history with their other titles, it's a given. "

Sadly enough my experience with the game failed to deliver such as there’s not much the player can do in regards to aiding a fellow teammate. Should the player’s ship be destroyed during battle they will be given two choices. One of which is to spectate the match through the perspective of his or her fellow team mates.

The other is to select an alternative ship from the port and head straight back in to the battle. Outside of gameplay the player is given various options in customizing different aspects of their ships. Those such as the modules for artillery and armor stood out and these consist of the gun systems, engines, and the hull.

As well as various ammunition and consumable types for use during battle, these modifications can aid in the survivability, maneuverability, and concealment of the player’s ship. All of which play an important role during battle, along with the state of the ship’s artillery and guns. 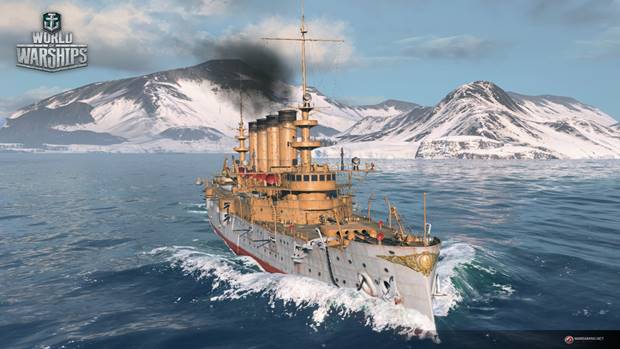 "The other is to select an alternative ship from his or her port and head straight back in to the battle."

In terms of the game’s level design there’s not much that can be said when looking to other titles such as World of Tanks. There’s an extremely large amount of water and it contains a few masses of lands. In regards to how fast each ship can travel and make it from one section of the map to the next, the balance between speed and size feels just right. Battles occur from far as the player looks down his or her binoculars into the distance, and this continues as each team sails closer to one another as the battle becomes more intense.

As the game continues through it’s development it will be interesting to see just how much the game will evolve and if any major gameplay changes will be made from now until its release. As of right now there are a few minor glitches and the servers aren’t perfect.

It’s by no means unplayable but there is room for improvement. It’s fair to say the game scales well across different configurations and performance seems solid enough given its current stage in development. This is topped off in fairly acceptable visuals and the attention to detail is by no means slacking, as each ship is intricately modeled and they look stunning when engaging in battle.