WRC 6 Review – A Rally Game for Fans, and No-one Else

If you’re looking for a complete package of a rally racing game look elsewhere. World Rally Championship 6 is a fun, accessible racing game, but it stops the moment it has established a core experience. The game is, at times, a pleasure to play, but those moments are so fleeting that the majority of the experience is a perfectly average sequence of racing stages, that offer little more in the tenth hour of play than they did in the first.

WRC 6 begins with an introductory drive through two of the game’s stages, using each turn, bend and straightaway to explain a core system. Pull R1 to accelerate, R2 to break, press “B” to pull the handbrake. That’s about all you get and it’s about all you need to get going in WRC 6.

Single player features a variety of modes. Quick Game allows you to craft a stage yourself, choosing where to race, the conditions, the time of day, as well as which car and driver you’ll use. It’s a good way to jump straight into the game, and enjoy your favorite stage.  Custom Championship allows you to set up the championship of your dreams, featuring the rallies of your choice. You can play through the whole series, and then challenge your friends to match you on all your favorite stages. 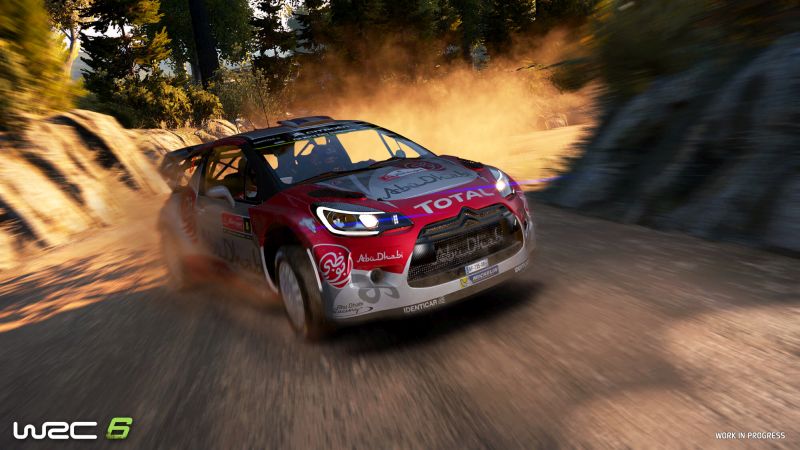 "World Rally Championship 6 is a fun, accessible racing game, but it stops the moment it has established a core experience."

Career mode is primary draw of WRC 6’s single player experience. In career mode, you’ll sign a contract with a team, joining their roster for a few seasons to compete with their cars and under their colors. Each team has a strategy, some favor speed over all, while some value keeping the car intact, while still others are willing to adjust their strategy to your play style. Once you’ve signed on with a team, you’ll compete in the championship for however many seasons you contract dictates. Conformity to team goals will improve team moral, and make your team more efficient in the pit stops between stages. If you fail to meet your teams goals at the end of your contract, you’ll need to find employment elsewhere, but struggling drivers needn’t worry too much, other teams are always looking to hire.

Career mode is the standout feature of WRC 6. It gives each race stakes and consequences, and helps to frame the driving in a way that breaks up the monotony of merely transferring into the next stage or rally. Despite this, it doesn’t go far beyond giving each race a little context. The maintenance area does not change from rally to rally, there’s no visual customization of your cars or uniforms based on your achievements, nor do the personalities of your crew factor in any way. At the end of each season, you’ve either performed well enough to renew your contract or not, with very little consequence either way.

The unfulfilled potential of career mode is mitigated somewhat by WRC 6’s weekly challenges. Each week a pair of challenges ask players to drive under specific conditions and modifiers. Players compete to earn points, with their largest point margin being earned from their first try. If you’re unsatisfied with your rank after your first run, you can go through again to accrue points and bump your position on the leaderboard. In addition to taking place on a specific stage, with specific cars, there are also modifiers, like a race without pace notes, which make this mode even more challenging.

These features make WRC 6 a solid rally driving game. The cars are beautifully modeled, and they handle well. The game is accessible to new drivers, while retaining a high skill ceiling to reach for. At the end of my first season in career mode, I was just beginning to really understand how my car handled, and enjoyed improving on that understanding and pushing myself to eek out every bit of speed I could as I slid into tight turns. The game is particularly satisfying when you can nail a sequence of turns just right. 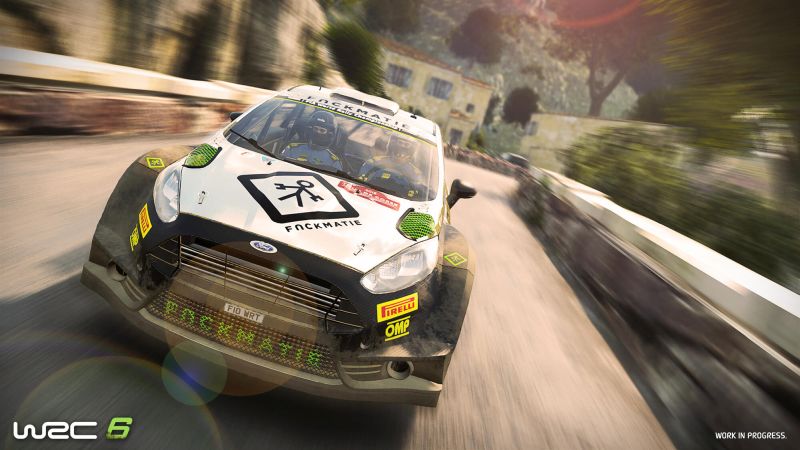 "The cars are beautifully modeled, and they handle well. The game is accessible to new drivers, while retaining a high skill ceiling to reach for."

To compliment the excellent handling of the cars, WRC 6 has fourteen rallies to participate in, across five continents. These rallies feature a wide variety of stages, from short winding arenas, to switchback mountain passes, to marathon dirt tracks. Playing across the game’s rallies never felt repetitive, and the variable weather and time-of-day settings made the already wide selection feel even vaster.

Where WRC 6 succeeds in establishing a strong core experience, it struggles in the details. While car models are beautifully rendered, the environments you drive through are decidedly not. Grassy fields are monochromatic, trees are amalgamations of two-dimensional cutouts, and boulders simply look silly. The game’s skyboxes are flat and uninteresting, and are mostly vague extensions of the closer, equally boring landscape.  I don’t often care about graphics, but the low quality in WRC 6 lent the game a strange two-dimensionality, and I sometimes found myself hurtling head on into obstacles because I wasn’t able to discern the depth that was present. This problem was compounded in night stages, where three-dimensional context for what I was approaching was largely removed.

In addition to its graphical issues, World Rally Championship has numerous problems with consistency. Roadside features that seem like they should be soft turn out to be immovable. I’ve run into barbwire fences a number of times, expecting to be capable of removing myself from the tangle, only to find that I’m boxed in and unable to escape. The penalties for going off road are also woefully unclear. Manually resetting the car to escape entanglement sometimes adds a penalty of just one second, while other times it can be up to eight. Furthermore, sometimes just dipping a wheel off road has been enough to trigger an automatic reset, while at other times I’ve been able to abandon the course for extended periods, driving parallel to the road while I try to figure out the most efficient way back on. 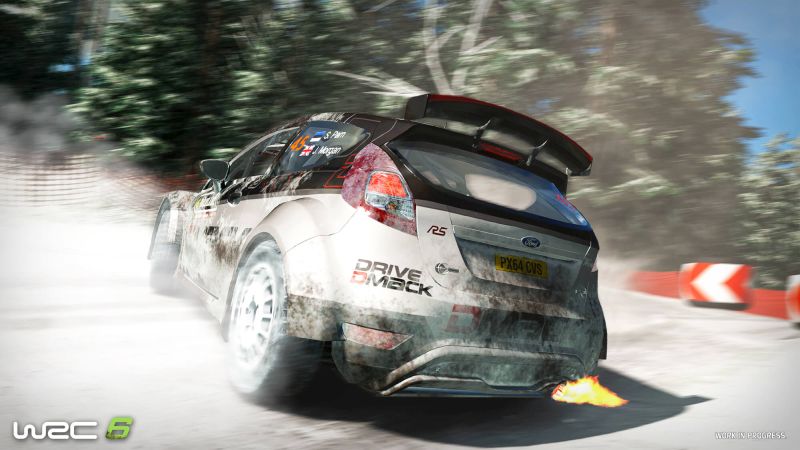 "Where WRC 6 succeeds in establishing a strong core experience, it struggles in the details."

None of this is helped by the co-driver’s pace notes, which are a collection of sound bites cobbled together so hastily that they often trip over each other, and de-sync with the course so that as you approach a hairpin you’re told you’re coming up to a gentle “right-6.”

WRC 6 has a solid core experience, but feeble attention to detail and non-existent reward system make replaying the game, or sticking with the career modes past a few seasons a dubious proposition. The game feels more like content-as-marketing for the real World Rally Championship than a game that was meant to compete with other racing games on its own merit. Fans of the real world championship will enjoy the fidelity with which WRC 6 recreates the stages and cars of the championship, but if you aren’t already a fan there’s little reason for WRC 6 to be the game you pick up. Other rally games have more to offer audiences that are looking for a complete gaming experience.

WRC 6 delivers an excellent core experience. The stages are numerous and varied, and driving is accessible with a high skill ceiling to reach for.

Beyond the core, WRC 6 lacks the customization, content, and rewards to make playing past a few hours worthwhile. It also suffers from design inconsistencies that make the game frustrating from time to time.

Final Verdict:
FAIR
WRC 6 is a product for a very narrow base. Fans of the World Rally Championship who are looking for a faithful re-creation of real world tracks and cars will find that here, but outside audiences, even within the world of rally racing video games will find that WRC 6 offers little beyond its core experience to retain players past a few hours of gameplay.
A copy of this game was provided by Developer/Publisher/Distributor/PR Agency for review purposes. Click here to know more about our Reviews Policy.