Posted By George Reith | On 28th, Dec. 2011 Under Reviews | Follow This Author @GNReith

Sequels are an inevitable part of a successful franchise, more so in gaming than any other medium. There seems to be a bit of contention on the idea of video game sequels as of late though, with more franchises than ever repackaging the same game year on year to pop an extra £40 out of unsuspecting buyers. WRC2 is one of those games, offering comparatively little new content over last year’s model. What it lacks in innovation though, it makes up for in being a fun and solid, if inconsistent, rally driving experience. Its mediocre presentation is unlikely to pull the crowds seen by more popular franchises, but its tight driving mechanics and real-life tracks are likely to excite the more serious rally fans out there.

Knowing full well my lack of skill in driving games, my first stop in WRC2 was the game’s tutorial modes. Whilst a lot of other driving games tend to fall flat in these areas, preferring to drop players in at the deep end, WRC2 has a range of decent challenges that help explain the various mechanics. Before long I was skidding along the tracks with glee and capitalising on some of the game’s cooler features for recovering a dodgy turn. One of these abilities is an auto-respawn that places your car back on the middle of the track. It occurs automatically, but you can invoke it manually. Whilst I got the hang of it eventually, players who jump into the game head first will find the loading screen control tips woefully unhelpful. “To respawn, press the respawn button” they say. What good is that? Tell me what the respawn button is! It’s a small gripe but, considering how good the tutorials are elsewhere, this seemed like a weak oversight.

Another such recovery gimmick is the power to rewind time, a simple and effective ability that defines what players are likely to enjoy in WRC2: The gameplay is just really solid. The driving mechanics in general are an absolute joy, and the difference between driving on various road surfaces gives the game a surprising amount of variety and interest. The Road to WRC mode further offers a great driving campaign experience, with the prospect of new team members and vehicles, and a beautiful learning curve offering a graceful and refined single player mode. 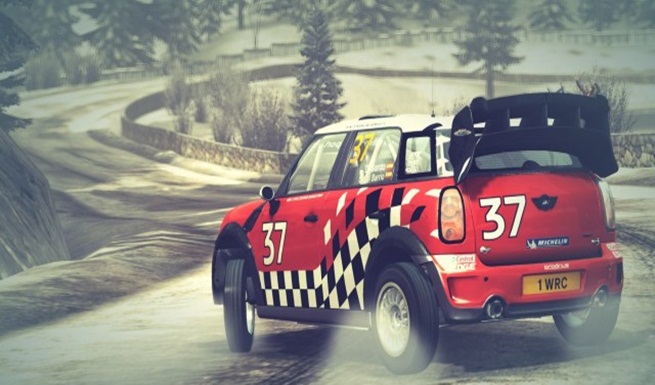 The heart of the gameplay is silky smooth and satisfying

So, with all this praise, where does the bad stuff come in? Well the issue comes for those who have sampled previous WRC titles. In comparison to last year’s entry into the series, there is very little new content to write home about. The only major concrete additions are in the form of the new Group B category vehicles and the Super Special Stages, all minor additions to a game that is otherwise identical. Even the Road to WRC mode, whilst still an enjoyable experience, is no different from what we’ve seen before. What’s worse is that the game’s graphics, an area that could have done with a bit of polish, are still mediocre at best. I’m not saying they’re bad graphics as such but, in spite of some nice vehicle damage effects, the general visuals in WRC2 are let down by the game’s environments. The dust kicked up by your vehicle looks pretty nice, as would be expected from a rally title, but other elements of the environments and textures just can’t compete with other titles in the genre.

Those who are willing to overlook these elements and take their time enjoying WRC2 will find a fair amount of content on offer. The single player modes themselves are varied and lengthy enough to justify the price of entry, and the game’s “easy to pick up but hard to master” qualities lend themselves to many fruitful gaming sessions. The problem is in the multiplayer modes. They’re definitely present and will certainly be time consuming for those interested but, in spite of some fun hot seat and online race options, things feel a bit limited on this front. I understand that the game attempts to evoke a “pure” rally experience, but the lack of alternative game types and modes limits WRC2’s multiplayer appeal in comparison to other contemporary rally titles. 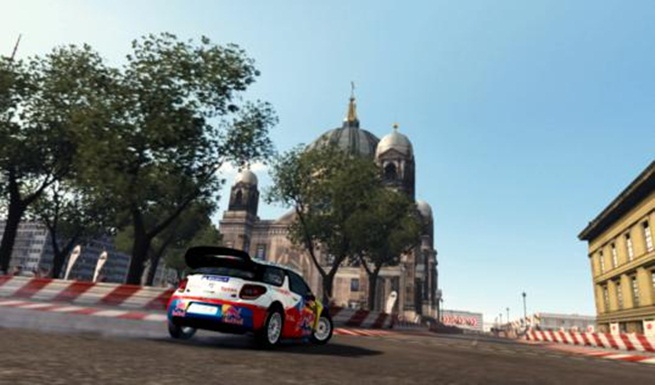 Some of the effects are nice, but the environmental textures are lacking

What we have on our hands then is a game that is made for rally enthusiasts, a niche demographic that WRC2 is very capable of appealing too. It’s certainly often seen as desirable for a game to be accessible to a wide demographic, but WRC2 caters to its audience effectively, regardless of that audience’s size. What is a problem though, is the lack of new features over what we have seen in previous years. If you love rally and haven’t got any previous WRC games, then this may be your golden ticket. If you couldn’t care less about licensed vehicles or have previous WRC titles, then think hard before you splash your cash.

A copy of this game was provided by developer/publisher for review purposes. Click here to know more about our Reviews Policy.
Tagged With: pc, WRC2: FIA World Rally Championship 2011, xbox 360