We interview the team at Yuke’s to learn everything about WWE 2K18.

We recently got the chance to interview the development team behind WWE 2K18. Check out our full interview below. WWE 2K18 is now available for the PS4, Xbox One, PC and for the Nintendo Switch later this year.

Considering how fluid WWE story-telling can be, what is it like having to work with various story twists, title changes and departures while your game’s roster is set in stone?

As you mention, WWE is a very dynamic universe that has lots of twists and turns. We work very closely with WWE to keep our game as up to date as possible. The company is a great business partner.

How many wrestlers are on the roster this time around and how did you deal with implementing them all at once? Were there any specific challenges to face?

For WWE 2K18, we have nearly 200 WWE Superstars, Legends and Hall of Famers. This is the largest roster in the history of WWE games and provides everyone with an incredible selection to choose from when they play this year’s game.

What can you tell us about the fighting styles introduced for the MyPlayer characters? Given the number of styles in wrestling, how did you go about selecting the eight currently in the game (and will more be added later)?

Our new MyPLAYER system utilizes fighting styles to better differentiate between different styles and types of Superstars. Each fighting style excels at least two attribute categories and has its own skills and abilities unlocked by default. This means you won’t see Giants running around as fast as everyone else, and you will definitely want to avoid submissions against Technicians.

We developed eight Fighting Styles to represent the different archetypes of WWE Superstars but also to ensure we have strong differentiation between each fight style. By doing this, our fans have unique choices for what types of Superstars they want to create and play as in WWE 2K18. 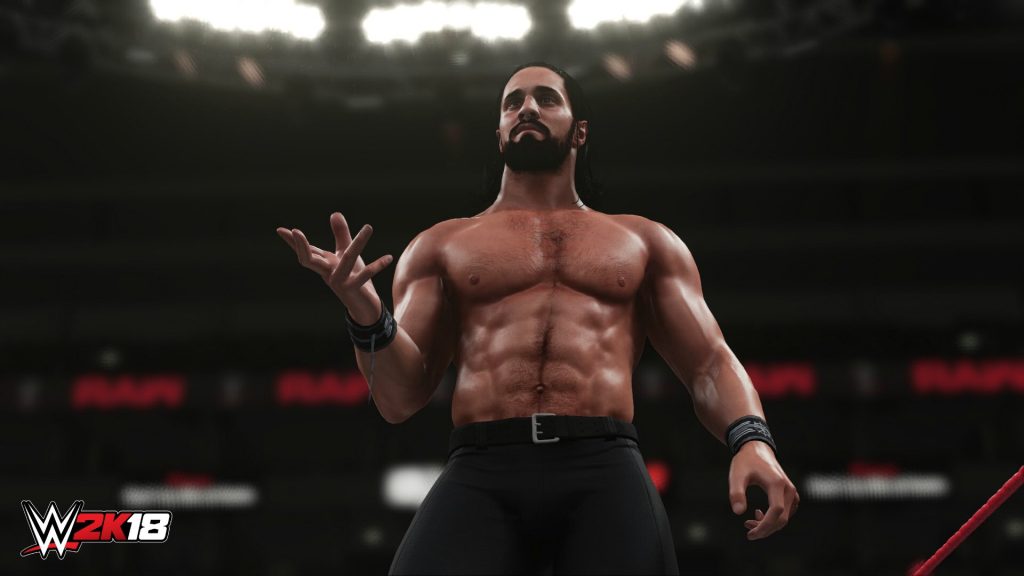 "There are a lot of very impressive gameplay improvements in WWE 2K18. Along with the new Carry system, we greatly expanded the backstage environment and created even more interactive components that allow you to take your brawls to a new level."

What can we expect in Road to Glory mode? How does it differ from past games with stories for custom characters? Does the story-telling differ depending on the custom character’s gender (especially with how women’s wrestling has seen a surge in the past few years)?

Road To Glory is a brand new gameplay experience for your MyPLAYER. Now you can compete online against other MyPLAYERs on your quest for greatness in WWE PPV events.

We recently released a cool trailer and comprehensive blog detailing many things that fans can look forward to in Road To Glory. You can check these out here.

Along with the carry system, what other changes have been made to the overall gameplay?

There are a lot of very impressive gameplay improvements in WWE 2K18. Along with the new Carry system, we greatly expanded the backstage environment and created even more interactive components that allow you to take your brawls to a new level.

We also implemented eight-Superstar matches for the first time in franchise history. Along with this came a complete rework of the Royal Rumble, which includes all-new mini games and mechanics.

Additionally, we implemented a new Feeding system that has downed opponents strategically position themselves to keep the flow of the match progressing. For example, if a Superstar is downed near the corner: rather than just lying in the corner, he or she may pull him/herself into a corner seated position, which will provide better opportunities for good gameplay. 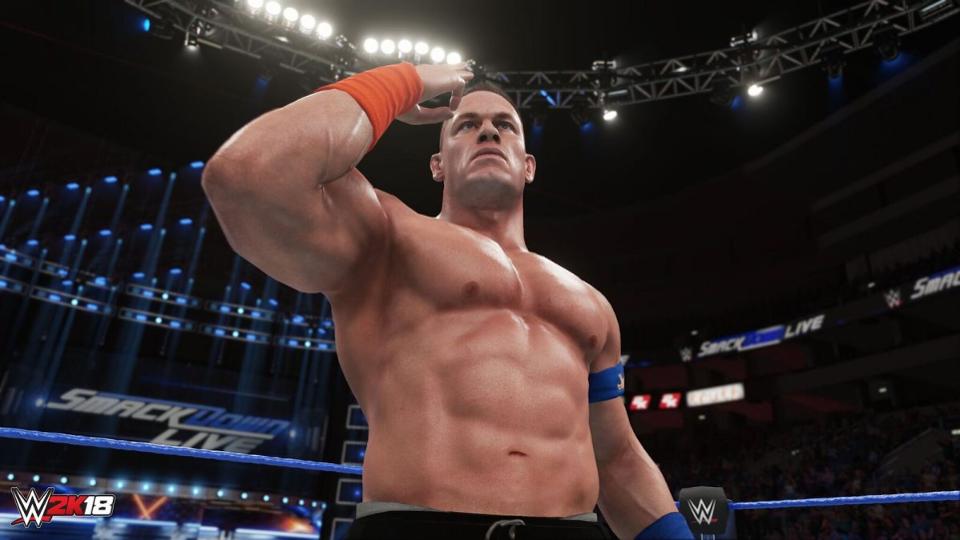 "It is so hard to choose just one new feature or addition for WWE 2K18! One of the great things about WWE 2K18 is that the game offers a lot to different types of users."

With eight wrestlers now able to enter the ring at once, how do you optimize performance for this? Furthermore, with the amount of chaos that can happen as a result, what steps are taken to keep things flowing for players?

To keep the matches fun and not devolve into total chaos, we use a combination of our new Feeding system, our existing Roll Out system, our new Carry system and some special AI logic that controls the flow of the match and how many Superstars are trying to perform big moves in the ring at the same time. The result is a very fun and compelling gameplay experience that is all new for WWE 2K18.

What was it like having The Rock curate the soundtrack? How does it fit the overall atmosphere?

Any chance you get to work with a legendary Superstar and global icon like The Rock is always exciting. We were very happy to have The Rock provide his own flavor of music for WWE 2K18 and can’t wait for everyone to hear it for themselves while laying the smack down on their opponents!

What do you feel is the biggest change that WWE 2K18 makes to elevate it above and beyond previous entries?

It is so hard to choose just one new feature or addition for WWE 2K18! One of the great things about WWE 2K18 is that the game offers a lot to different types of users. Whether it is the best visuals ever in a WWE game, the largest roster in WWE games history, our improved WWE Universe Mode or eight-Superstar matches … or the even better Creation Suite, new MyCAREER experience or all-new Road To Glory mode, there really is something for all fans of WWE. 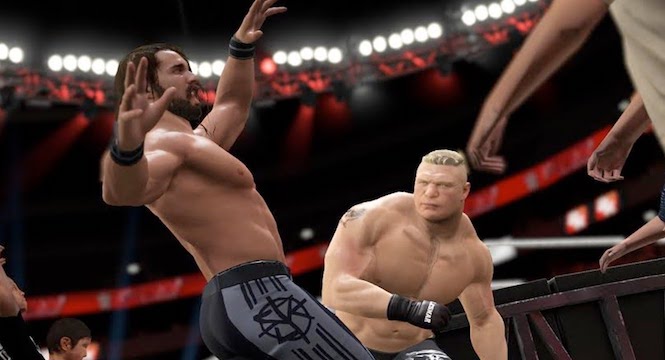 "We are also interested in supporting 4K and HDR on Xbox One X in the future, but at this point, have no specifics to share today. Stay tuned for future announcements!"

What resolution and frame rate will the PS4 and Xbox One versions run at?

WWE 2K18 runs at 60 FPS at 1080p. However, there are currently are a few situations where you may see the game drop to 30 FPS. We are still working to improve those areas and will have more information soon, but for now, the vast majority of the game runs at 60 FPS.

Are you supporting WWE2K18 for the PS4 Pro? If yes, what resolution and frame rate can players expect on this?

We are interested in supporting 4K and HDR in the near future, but at this point, do not have anything specific we can share today. Stay tuned for future announcements!

Any plans to support the Xbox One X? Any special benefits those players will have while playing WWE2K18?

We are also interested in supporting 4K and HDR on Xbox One X in the future, but at this point, have no specifics to share today. Stay tuned for future announcements!

Do you have a parting message for all the WWE 2K fans and gamers?

We are very excited for all the WWE 2K fans to experience WWE 2K18, and we can’t wait to see and hear what you accomplish in WWE 2K18 – where you can Be Like No One!