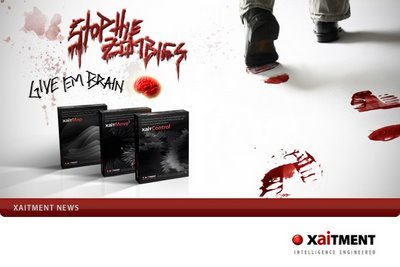 xaitment, the creators of advanced artificial intelligence (AI) software for video game and simulation developers, today announced that it has launched two affordable plug-ins for the Unity engine: xaitMap for Unity and xaitControl for Unity. While the plug-ins are priced at $499 each and include a 45-day free trial, xaitment is kicking off the launch with a limited-time, 2-for-1 offer: purchase xaitMap for Unity and receive xaitControl for free.

“There are a growing number of game studios, simulation developers and educational institutions that are working with the Unity engine,” said Mike Walsh, CEO of xaitment. “Until now, we‘ve only been able to address their needs with the full versions of our software. With the plug-ins, we now have two great products that give Unity engine users all of our AI tools, at a fraction of the cost.”

With xaitMap for Unity, users can:
– Quickly create NavMeshes on any object in a scene
– Dynamically set up and modify collision avoidance parameters on any component in a scene
– Easily modify a character’s movement by assigning a MoveComponent to a game character
– Easily start working with pathfinding using xaitment’s Starter Pack of Movement Behaviors
– Create predefined paths by dragging and dropping waypoints on a NavMesh.

xaitControl for Unity comes with runtime libraries and a graphical Finite State Machine (FSM) editor that work perfectly with Unity’s scene editor and Mono Develop environments, and enable developers to quickly model advanced game logic and character behaviors. Core functionality includes:
– Graphical Bot Behavior Modeling, which enables developers to quickly add states and transitions, even in a hierarchy, or create conditional, event-based and time-based transitions
– A Real-Time Debugger, which gives developers full control over the instances of the Finite State Machine, such as setting breakpoints for states, transitions, conditions and commands
– All xaitControl FSMs are handled like C# scripts, allowing developers to work the way they’re familiar within Unity
– The plug-in will automatically make available all the FSMs, events, functions (including signature, etc.) within Unity for further development

“The key to our new approach was figuring out how to present all of the features we’ve included in an intuitive way for Unity users,” said Thorsten Maier, CTO of xaitment. “We’ve worked hard to ensure that they adapt to the Unity workflow and development environment in order to make them even easier to access and use.”