Call me an old fogey, but I prefer the Team Fortress 2 of three years ago, when it first released. You know what comprised the core of the experience back then? Getting the intelligence, or pushing the cart, or capturing the territory, or hitting the über-charge at just the right time to get shit done. In short: the core of the experience was playing the game. Now? Team Fortress 2 looks more like a game of Magic: The Gathering. It’s a trading-card game, framed in a first-person shooter. The game itself is just a means to an end; you really gotta have that Ghostbuster’s hat, so you play for nine hours to get it. Once you do, you keep it on your head for about two days, then decide you want a new one. So you trade, or spend another ten hours unlocking more meaningless items until you have the things you can trade for it. 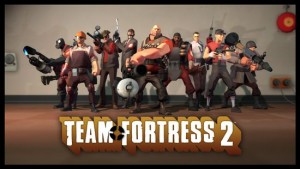 I’m sure I’m being specifically incorrect here, mixing up what’s tradable with what’s only unlockable et cetera but the fact is, Team Fortress 2 is one of the best examples for showcasing the trend toward associating repetitive gameplay with artificial rewards. If you’ve ever seen the Call of Duty player boasting about the third time he prestige-classed with whatever weapon or kit that he prefers. Or if you’ve seen the servers in many games advertising it’s specificity toward earning the players specific achievements. Or if you’ve seen a person who played Dead Rising for 72 hours to get the 52,000 zombie-kill achievement only to trade the game in the next day, because he was done with it.

Part of this trend is the inclusion and wild popularity of achievements. A reward that’s tangible only to advertise your effort at getting it. Sure, the idea of achievements is solid: you get rewarded for certain acts in a game. But it’s the byproduct, the waste excretions, the fallout that’s irritating. Achievements may have started off with the idea of alerting a player when they’ve done something cool and recognizable, but it has evolved to the degree that it’s only impressive if a player has unlocked all of the fifty achievements in the game. So the player spends an extra 27 hours of play-time to make sure he plays through the game alone on Legendary, or spends three days on each achievement-oriented server to make sure he’s circumvented all the witches without alerting any one of them. Or done something else, or something else, or something else. 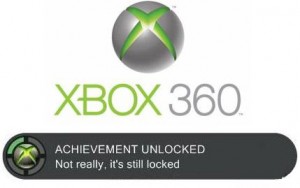 And so the achievements merely become goals, and along with those goals, a market develops around them to facilitate the player earning – I use the word loosely – those achievements. And when that happens, doesn’t it make the achievement worthless? It’s like saying you’ve beaten Half-Life 2. Congratulations, Nub, you were supposed to. It’s just another part of the experience that is expected, rather than earned.

Even when certain games recognized the trend, and tried to avoid it by making their achievements “secret,” a three-second google search reveals each of the achievements and what to do to get them. There are entire blogs that are set up to facilitate the achievement-farming mentality, complete with step-by-step or video-demonstrations. 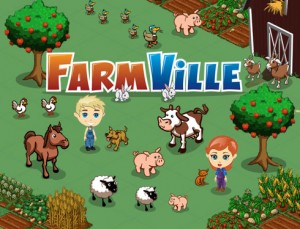 Strategy Guides have been common since even before the Nintendo 64, sure, but that argument only discounts half the trend, because a strategy guide will only tell you that in order to unlock prestige-class three for the M-16, you need to get however many kills you need to get it. It can’t do it for you.

The sad part is it’s now the industry itself that’s fuelling it. It’s not just a lazy group of gamers who really want to have all the achievements, it’s the industry recognizing that a gamer will spend twenty extra hours playing their game in order to triple or quadruple-prestige, or to get all the hats, or to earn the achievements for a hundred trades.

And I’m sure there are some people out there who take the argument that it’s done merely to give the player more of a customizable experience. And that’s true to a point, sure. A lot of the upgrades in TF2 do vary the gameplay and give the player more options for cracking the enemy team’s defenses, but so many more of them are absolutely meaningless exercises in facilitating addiction: you’ll play the game longer if the developers spend three extra hours of coding time to give you something that ticks upward on a status bar every couple of minutes.

It’s a scary thought when $60 games are sustained by using the exact same strategies that Facebook games use. Call of Duty? It’s just Farmville with guns, but way more expensive, and built for mindless instant-satisfaction. Instead of farming.