Trying to argue the negative impact of franchise gaming is a tough sell. Anyone dumb enough to try is immediately bombarded with the impact of each franchise, the popularity of its main character or the number of sales that were generated, which led to more games being made by the people who had already guaranteed their quality, the fact that franchises are, in effect, the backbone of the gaming industry practically all on their own. Where would the current generation of gamers be, if not for Mario 3? Where would the first-person shooter be if not for Goldeneye? How could a game like Dragon Age succeed without the experimentation of the Final Fantasy series? 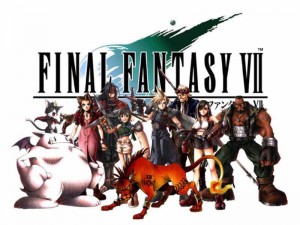 These are all extremely valid points. Chances are, taking an average gamer’s last ten game purchases, at least nine if not all ten of them have been, in some way, related to a franchise. And if not, chances are the game purchased will be part of a franchise. Anything that rises even tremulously above mediocrity is likely to get a franchise treatment in some respect.

The legacy, impact, and overall importance of franchises thus far is unimpeachable. They have ensured the steady growth of the industry, simultaneously attracting new generations of gamers while keeping those of us who grew up alongside it happy.

But there’s rot at the heart of the empire. The problem is stagnation, and stagnation comes from a variety of different places.

For one thing, popularity is not a gauge for quality. Popularity does lead to income. Income leads to the ability to make better games in the future. For a franchise to remain popular, it has to strike a balance between its nebulously defined “core elements” and the demand for something newer, shinier and more exciting. Mess up one game, and it could kill the franchise. 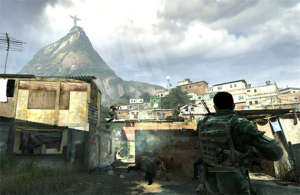 It’s a tricky catch 22, that the power gained by a franchise is illusory because the franchise has its hands tied down by its own popularity. The longer a franchise maintains itself on its original ideas, the harder it will be to change them. It’s a system that allows perpetually repetitive franchises to flourish, while simultaneously allowing any newer, less polished games that have no franchise association to wither on the vine, despite (or because of) the new ideas it brings to the fold.

As good as some indy games are, they can’t compete with any of the big hitters. Despite having some of the most insanely fun and addictive elements, they are seldom recognized as anything other than games to occupy our time with while we wait for the next Mass Effect to come out. Because of their limited appeal (and even more limited budget), it falls on the shoulders of competitive franchises to attempt to do new things. For example, it takes a game with the pedigree of the Battlefield franchise at its back to challenge Call of Duty on the modern warfare FPS front, something that an indy developer wouldn’t have a hope of attempting.

It is unfortunate, because of some of the most fun and interesting games are ones that remain under the radar to the average gamer. Mount and Blade took an old and familiar formula – fantasy role-playing – and used a unique and clever combat system to make it rise above its competitors. One of the main reasons few gamers are familiar with it is simply because the game looks hokey. Characters are blocky and the graphics look like they were straight out of the turn of the century. The stand-alone expansion, Mount and Blade: Warband added new factions, new weapons, and new multi-player modes and while it’s not perfect, the game is, for my money, more fun and replayable than either Dragon Age or Fable. It’s ambitious, clever, and fun… but it’s not a recognized franchise, and so nobody plays it. 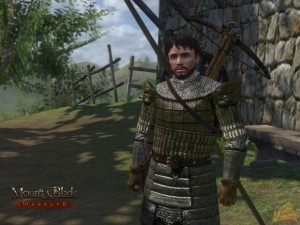 That is perhaps the worst part of the franchise-dominated industry. While it’s not protocol for a publisher who owns a particular franchise to discourage indy games, the effect is the same as if they did. The fact that only franchises have the marketing power to put their name out there practically ensures that all but a few annoyed gamers will tend to stick with what we know, and what we see. Indy developers can’t compete, because we as gamers laud so highly the well-known names and faces of franchises, we tend to prioritize our purchases accordingly. Why spend twenty dollars on an indy game that might be crappy when we could save it to buy Black Ops?

It all adds up. The marketing power, the popularity, the investment of the time and money it takes to make a quality game all rest with the franchises. They dominate the industry so thoroughly that we, the gamers, are more than willing to spend $60 a pop for a game that carries the title of a franchise we enjoy. But imagine what the price for Fable III would be if they didn’t pay for a commercial to air every thirty seconds. How much money did Activision pay Kobe Bryant and Jimmy Kimmel to appear in their latest (admittedly very cool) commercial for Black Ops? Maybe the price of those games might drop five or ten dollars.

What needs to happen – and this is something that we, as the perpetuators of the industry, have the power to change – is the dethroning of the franchise state of mind. We need to make it clear to distributors that, while we’re willing and able to pay inflated prices for games that, let’s face it, we’ve already played, we’re much more interested in what games could be, instead of what they are. Let’s try to get distributors to throw a little extra money at side projects in between their big releases. Instead of getting a new Call of Duty every year, let’s wait two years, with a short, inexpensive experimental shooter in between. Activision can certainly afford it. How awesome would it be for the script quality of any Bioware epic to be put behind a game based on the clever mechanics of something like Mount and Blade?

Short, experimental games made by companies that have the power to distribute could find a willing market for them. They could even be included, through Xbox Live marketplace downloads or some other such distribution vehicle, in that publisher’s next big game; first-edition games could come with a download code for a one to three hour investigation into the potential fun of a shooter set in World War I. If it proves popular, a full game might be made, and a new franchise born. If it doesn’t, then that company has saved themselves the time and money of attempting a full-length game that might prove to be a doomed concept.

With the power and the influence that franchise publishers have, there’s really no excuse for this not to be happening already.