Most western gamers probably aren’t familiar with Falcom’s excellent Ys series, and that’s a damn shame. Though decidedly mid tier and low profile, the series delivers a feeling of adventure and exploration like few other games on the market do. The newest game, exclusive to the PlayStation Vita, is a remake of the fourth title in the series which appeared first on the Super Nintendo. Unlike most modern companies, when Falcom was faced with the task of remaking a classic, they didn’t just uprez it, resample the soundtracks, and call it a day. No, they went all in and re-developed the same game from the ground up, making some tweaks so the game fit better with the tone of the series (the original has always been a bit of an outlier).

The result? On a system otherwise starved for quality RPGs, Ys shines. But that’s not it- on any platform, Ys: Memories of Celceta would have been great. On the PlayStation Vita, it just feels special. 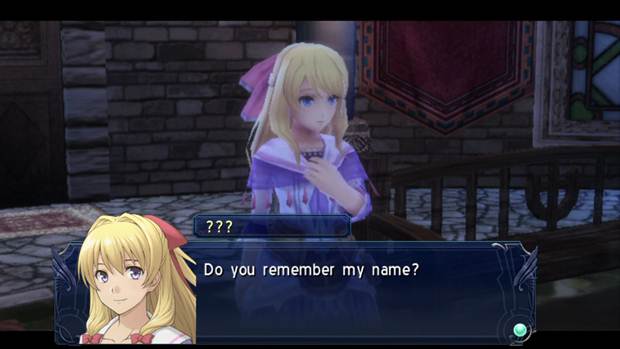 "Thankfully, the story never interferes with the game, nor does it intrude. It fades into the background, providing little more than an overarching context and backdrop for your adventure, leaving you to immerse yourself into the game's admittedly rich world at your own pace."

Like all other games in the series, Memories of Celceta follows the adventures of the young explorer Adol Christin. However, you need absolutely no prior knowledge of the series and can jump right in, as the game is fairly self contained. In an almost groan inducing retread of a familiar JRPG trope, Adol wakes up with amnesia, and he must work his way back trying to regain his memory, as he also tries to save the world from the typical bad guy with world domination aspirations.

If that sounds cliche, that’s because it is, but the game must be cut some slack, considering it is from an era when these stories were still new and a big deal. If a plot like this is cliche, it’s because Ys in large part set the cliche in the first place.

Thankfully, the story never interferes with the game, nor does it intrude. It fades into the background, providing little more than an overarching context and backdrop for your adventure, leaving you to immerse yourself into the game’s admittedly rich world at your own pace. The otherwise standard story is also done huge favors by the game’s excellent writing. At the beginning, you might find the game’s usage of contemporary language and lingo a bit jarring, but it all ends up lending it a unique flavor, one that you can’t help but enjoy. "Combat itself can feel almost disappointingly shallow at first, until it opens up and you find yourself spoiled for choice."

In any case, in a game like this, the story hardly matters. It’s all about the actual gameplay, and incredibly, in spite of a nearly two decade old game design template, Ys shines in this area. For those unfamiliar with the series- and that’s all of you reading this review- the series has always best been described as a more combat focused Zelda, and the comparison holds merit. Combat is fast and frenetic, and dungeons that in other, turn based RPGs, would take you hours to complete can be blazed through here.

Combat is incredibly streamlined, and yet it gives you an almost absurd degree of control- at any given time, you are allowed to have up to three party members (choosing which ones becomes an exercise in delight later on, as you try to keep one step ahead of whatever the game might throw at you), with direct control over one of them, while the CPU controls the other two. However, you can easily switch to whichever character you want on the fly with the press of a single button, allowing you to co-ordinate complex attacks on some of the larger foes with astonishing ease.

Combat itself can feel almost disappointingly shallow at first, until it opens up and you find yourself spoiled for choice. For example, each character’s weapon has its own unique strengths, meaning attacking the enemy with the right character (and by extension the right weapon) is extremely important to achieve maximum damage, throwing a nice bit of Pokemon into your Zelda here. Moreover, as you move deeper into the game, enemies get more and more ferocious, retaliating with vicious swipes that can deal a lot of damage. The only way to avoid the blow is to time the perfect counter or dodge. 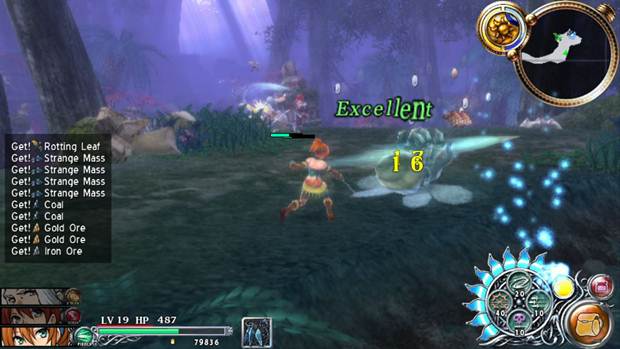 "Ys: Memories of Celceta is a great game, then. It's among the best purchases on the Vita at the moment, and a darned accomplished action RPG in its own right."

There’s so much more that the game throws into the mix that ratchets up the intensity- there are crafting systems, special attacks, skills, skill points, and more. The depth of what is on offer here is staggering, and it is genuinely enthralling. The incredible part of it all is how fast it all moves; it’s never bogged down by its intricacies, and you can get just as much or as little from it as you want.

Memories of Celceta is originally an SNES game, but it doesn’t look like that. That’s not to say it looks too good either, though. It looks like an enhanced PSOne game, with janky character animations and a distinctly low res air about it. However, on the other hand, the art is beautiful, and the colors eye popping. It just feels like a bit of a shock when you boot it up the first time, and the character animations look distinctly artificial.

On the other hand, it sounds great. The voice acting can, in true XSEED style (they localized this), get really annoying at times, but the music is wonderful, and the nu-age rock soundtrack can, again, feel a bit jarring at first, until you realize how much weight it lends to the atmosphere. It can sound distinctly epic while also jiving with the fast paced frenetic action all at once.

Ys: Memories of Celceta is a great game, then. It’s among the best purchases on the Vita at the moment, and a darned accomplished action RPG in its own right. Falcon has taken control of its past, trying to reshape it into something that fits its vision of its series, and hopefully, we can now expect a new Vita entry in the series from them that is just as accomplished, if not more.

Incredibly deep combat system with a lot of nuance and intricacy, great soundtrack and artstyle,great sense of adventure.

A highly accomplished action RPG that is heavily recommended.

A copy of this game was provided by developer/publisher for review purposes. Click here to know more about our Reviews Policy.
Tagged With: falcom, PS Vita, xseed, ys: memories of celceta