Zero Time Dilemma is a game that should not exist. The third installment in the Zero Escape series was cancelled after the commercial failure of 2012’s Virtue’s Last Reward, leading many fans, who had followed the mind bending narratives of 999: 9 Hours, 9 Persons, 9 Doors and Virtue’s Last Reward, without a resolution to an incredible cliffhanger left at the end of that game. For a while, it seemed that would be that, and we would never learn what the intended ending to this series was- but then, against all odds, fan demand managed to revive the project, and now, here we are, with a game that by all rights shouldn’t exist.

But it does. Zero Time Dilemma is out, and for the small, but devoted following of the previous two games, it is a sure purchase no matter what. They would not, under any circumstances, not buy the game. The question on their mind is not whether or not Zero Time Dilemma should be purchased- it is, rather, was it all worth it?

On the whole, I think that question can comfortably be answered with a yes. Viewed holistically, Zero Time Dilemma may be the weakest entry in the series, with its shift to cinematic cutscenes jarring with its low budget, its storytelling style sometimes being too obtuse to follow for its own good, and some questionable puzzles, but viewed as the conclusion to the story that 999 kicked off, Zero Time Dilemma provides a perfect conclusion, also returning to a far more visceral tone of storytelling after Virtue’s Last Reward turned things down a notch in the vain pursuit of wider commercial success.

Let’s discuss that story first, and how it is told, because that is the primary question on the minds of most people who play these games- yes, Zero Time Dilemma‘s story is incredible. I found it to be far better than Virtue’s Last Reward in that respect, actually, as it manages to cast the kind of tense atmosphere that 999 did. Zero Time Dilemma also benefits from one of the most genius uses of literary ergodism I can think of, with the content of the story being reflected in the form itself- this is hard to explain without spoiling things much, but essentially, this game, which takes place in 2028, between 999 and Virtue’s Last Reward, follows a group of nine people who are held captive against their will and told to participate in something called the Decision Game. The Decision Game forces the participants into a passive contest for death, as they are all told that they will be free to leave- as long as six of them are dead. This is already pretty twisted, but there’s another catch- every 90 minutes, the participants are injected with a dose of a medicine that induces short term memory loss, so that they don’t remember anything that happened before those 90 minutes. 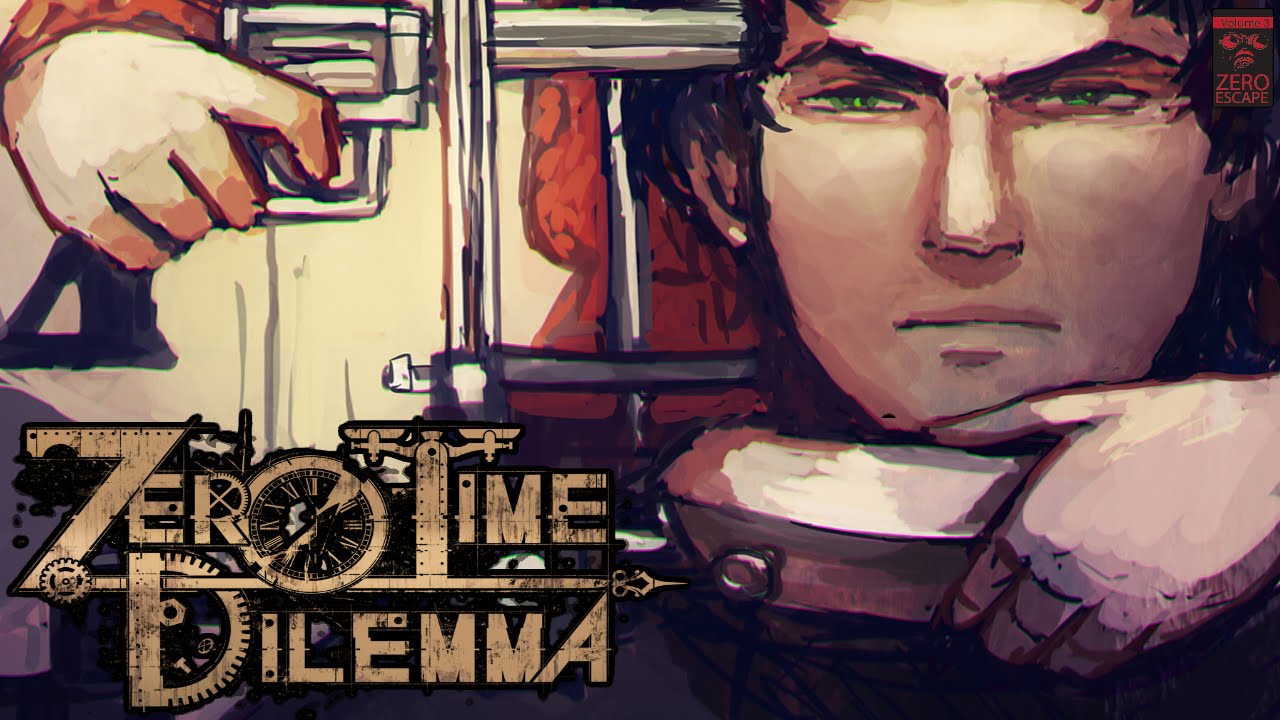 "Zero Time Dilemma also benefits from one of the most genius uses of literary ergodism I can think of, with the content of the story being reflected in the form itself."

That last story detail is what gives Zero Time Dilemma its own storytelling gimmick, which it layers on top of the nonlinear flowchart from Virtue’s Last Reward (which, in turn, was layered on top of 999‘s branching storyline). Players are asked to select a team they want to follow, and then they are asked to select a screenshot of their time in the Decision Game at random. As players play more and more of these 90 minute periods, and across multiple teams, it becomes clear that Zero Time Dilemma is employing multiple forms of nonlinear storytelling, and putting exactly what happened, when it happened, and if it happened is one of the joys of this game.

This can be a bit disorienting at first- indeed, at first, I found myself wondering whether the low budget for this game might not have led to a rushed and choppy style of storytelling. But the more time you spend with it, the more things start to come together, and the more the story’s labyrinthine complexity is revealed to you in all its diabolical glory. Things can often be hard to follow – there were multiple ties when I simply could not figure out where and when I was in the story, and gave up trying – but on the whole, it works remarkably well.

This excellent storytelling is aided by some very good writing (and enough credit cannot be given to Aksys for their localization), which brings the game’s colorful cast of nine characters to life. The dialog is succinct, sharp, on point, and generally bereft of the wordy exposition of 999 and Virtue’s Last Reward, which is greatly appreciated. It is a shame, then, that the voice work is generally poor, and often lets the writing and storytelling down, with some rather exaggerated performances breaking the illusion and taking the player out of the moment.

"The more time you spend with it, the more things start to come together, and the more the story’s labyrinthine complexity is revealed to you in all its diabolical glory."

The story and storytelling are also hurt visibly by the game’s low budget. This is inescapable, it is something that stares the player in the face the minute they start playing the game. Zero Time Dilemma eschews the static portraits of 999 and instead opts to go for in game cinematics, similar to Telltale games. This would be fine, but the low budget leads to choppy cutaways, transitions, and animations, leading to very unconvincing cutscenes in what should be very high stakes moments in the story, dissipating the tension of the moment.

The tension is also undermined by the game’s trademark ‘escape sequences,’ which are the point and click puzzle sections. These are the most interactive parts of the experience, and in 999 and Virtue’s Last Reward, they were challenging, fiendishly difficult, and always contributing to the overall story of the plot. Here… not so much. Some of the escape rooms in Zero Time Dilemma are without a doubt the best in the series (in fact, ZTD quite possibly does have my favorite puzzles from the series), but nothing can make up for how poor some of the other puzzles are, which commit all the worst cardinal sins puzzle games can commit- they are not difficult, just tedious; or they are so obtuse that the player literally cannot know how to solve them (I am almost positive I just guessed my way through at least a couple of puzzles); puzzles that are just easy and break the pace and flow of the game; and finally, worst of all for Zero Escape, puzzles that just exist without adding anything to the story.

This problem comes with the legacy problems of Zero Escape games, which include fiddly controls in the escape sections (a problem worse on the Vita version, where you’re advised to just not use the touch screen, and to not even bother with the in game notes feature), and some rather unnecessarily obtuse hints. It’s not going to be a problem, all said and done, because I am sure that the good puzzle rooms (there are over a dozen) will stick out in the player’s mind far more than the bad ones- but it is a shame that the bad ones exist at all 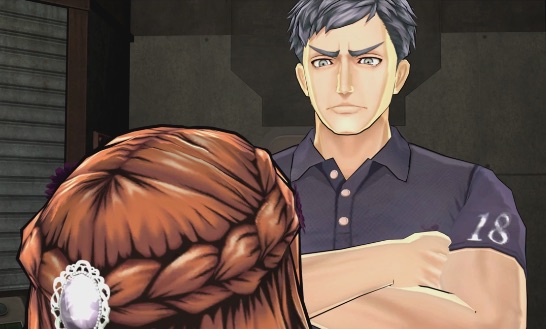 "Fans of the previous two games owe it to themselves to play this game, and see the story through to its end."

So, in the end: should you play Zero Time Dilemma? If you are a fan of the series, and you have played 999 and VLR, then yes, without a doubt. This is as easy and emphatic a recommendation as I will ever make. Fans of the previous two games owe it to themselves to play this game, and see the story through to its end. If you haven’t played the other games, however, then you’d be ill advised to start with this new one. Not only does it make no concessions for new players whatsoever, simply dropping them in the literal middle of one of the most complex stories in video gaming, but the game’s low production values are probably also going to be easy turn offs from them giving the rest of the series a fair shake. If you haven’t played the other games, you’re advised to start from 999, work through VLR, and then get to ZTD.

Zero Time Dilemma is a game that shouldn’t exist, and in a lot of cases, that is painfully apparent. But none of that matters, because when it comes down to it, it is an immensely satisfying conclusion to what might be one of the best, best told stories in the history of the medium.

This game was reviewed on Nintendo 3DS and PlayStation Vita.

Some of the best puzzles in the series, the return of the tense atmosphere from 999, a great story with some sharp writing, a genius use of literary ergodism

Terrible presentation and production values, with choppy cutscenes, poor voice acting, and low budget cinematics; some very poor puzzles; impossible to follow for newcomers to the series; the story can sometimes get far too clever for its own good

Zero Time Dilemma is an immensely satisfying conclusion to what might be one of the best, best told stories in the history of the medium.