Fans of shooters had plenty to dive into in 2021.

Given how saturated and crowded this genre has been for so long, we’ve been pleasantly surprised by the variety of shooters we got to play throughout the course of 2021- and of course, it helps massively that more than a few of them were excellent in their own right. Here, we’re going to recognize a group of what we felt were the best shooters of 2021, before then picking out one of them that impressed us more than all the others.

As yet another looter shooter, People Can Fly’s RPG shooter Outriders was discounted by almost everyone before it launched, but it’s fair to say that the game surprised people. Rather than adopting a live service model, Outriders focused exclusively on delivering a complete package that could stand on its own legs upon launch- and most importantly, it boasted some excellent action. Combining flashy abilities with punchy shooting, Outriders was able to keep up a steady flow of thrilling and consistently enjoyable combat encounters throughout the entirety of its runtime.

Far Cry 6 has received plenty of flak for its unwillingness to move the series’ tried-and-true formula forward in any meaningful ways, and while those critcisms are not without merit, viewed on its own terms, this is a great game. The open world of Yara is an excellent sandbox, encouraging players to make their own fun and get embroiled in the kind of chaotic and explosive action this series has always been known for. With its combination of first person action, enjoyable stealth, and some neat new customization and crafting mechanics that leverage its premise and setting perfectly, this is a game with no shortage of enjoyable content for players to dive into. 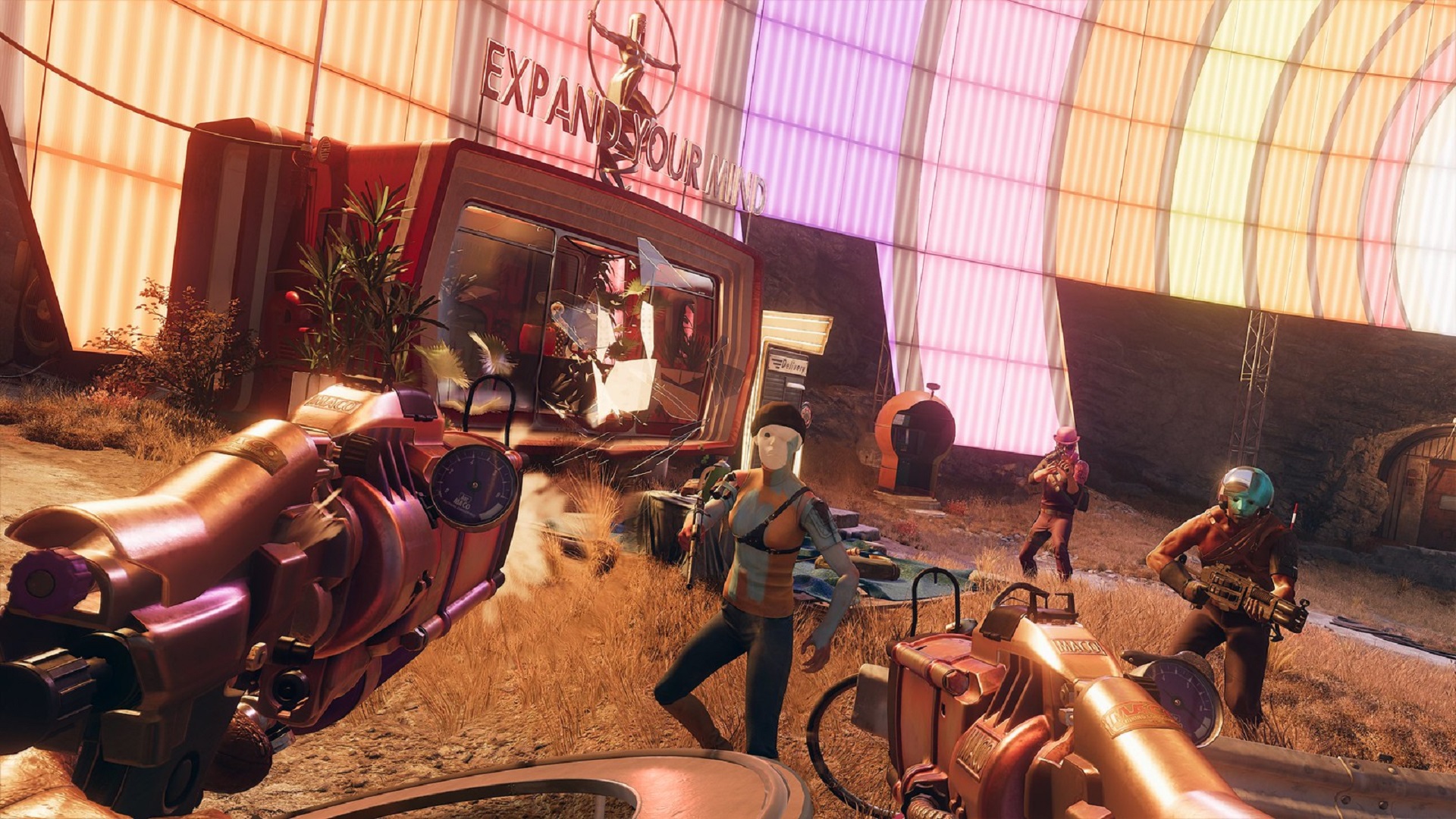 Arkane has been pumping out one masterpiece after another for a long time now, and Deathloop, for all of its issues, doesn’t buck that trend. Unlike previous Arkane games, this is far more of a shooter than an immersive sim, but it helps, of course, that the shooting and action that the game delivers are ridiculously fun. It also goes without saying that even though it’s more focused on action, Deathloop still has that spark of genius that the developer has always been known for, in how it uses its systems and distinct mechanics to weave a complex web of satisfying emergent gameplay. 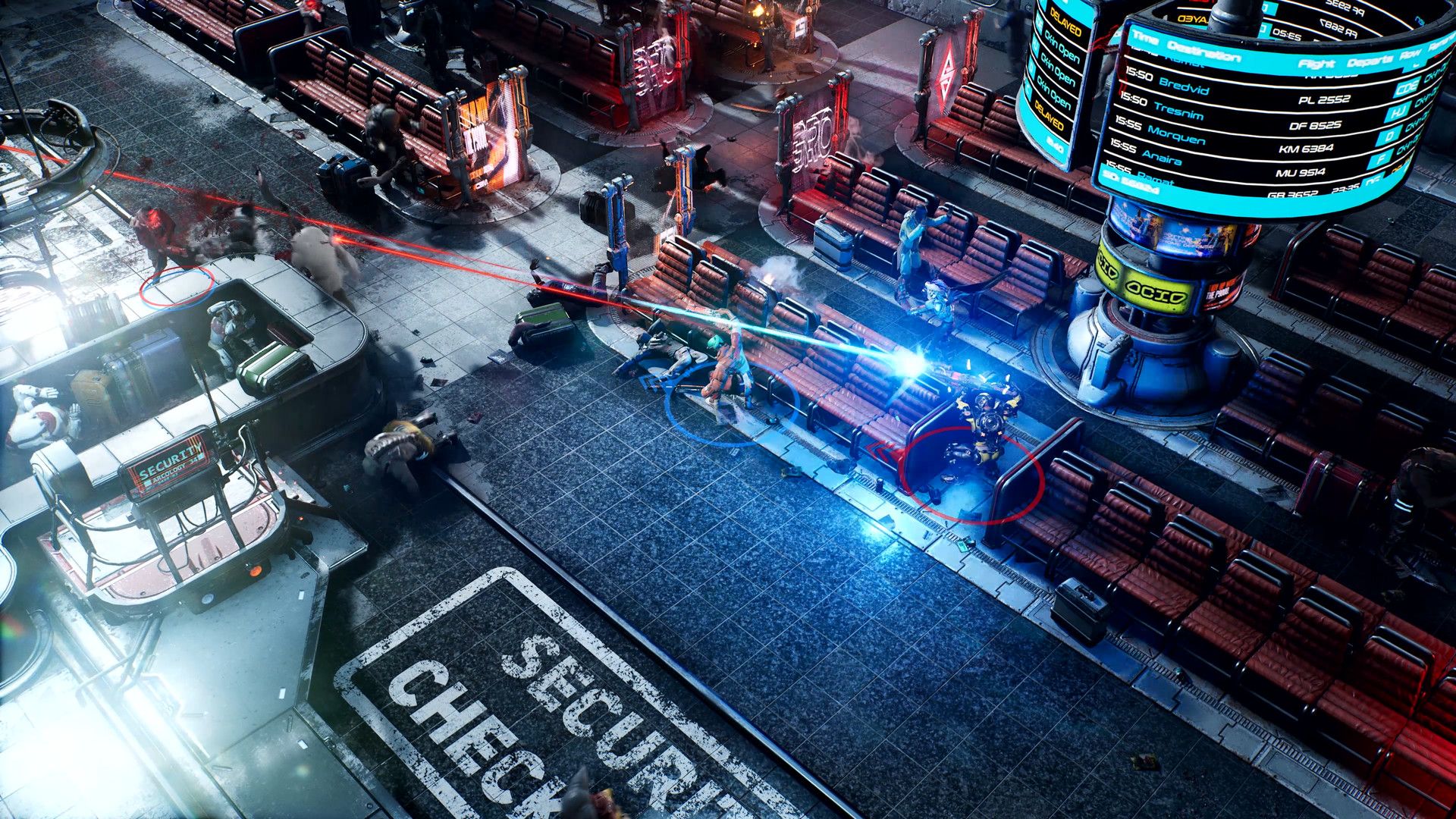 With all of its progression, customization, loot, and what have you, The Ascent is an RPG with surprising and satisfying depth, but when you get down to the action, this is an out-and-out twin stick shooter that delivers some of the best combat this genre has ever delivered. Punchy weapons, flashy abilities, and varied enemy design and boss encounters define every second of this experience, and weaving your way through beautifully rendered environments as you take on overwhelming swarms of enemies while the music is blaring on in the background never gets old.

10 Chambers’ survival horror co-op shooter only launched in full quite recently, but seeing as it was in early access for a pretty long period before that, the fact that it’s an excellent game hasn’t come as much of a surprise. Genuinely terrifying and surprisingly unique in a way that sets it apart from the plethora of co-op survival shooters out there, GTFO is a game that has been in people’s hearts and minds for a while now, and with its full launch, it’s only gotten better, fuller, and even more terrifying.

Housemarque has built up a reputation as one of the most proficient developers of arcade bullet hell shooters over the years, and though Returnal is obviously a much bigger production than anything the developer has worked on in the past, it still has those same qualities in spades. Every combat encounter in the game is an adrenaline-fueled fight for your life, as you dodge and dash around incoming attacks from a vast variety of enemies and bosses to unleash death upon increasingly more overwhelming hordes of foes. Combined with excellent implementation of a roguelike structure and progression mechanics that go hand-in-hand with that, Returnal delivers stunning action unlike any other game.

Halo was down in the dumps for quite a while there, and many had started losing hope that 343 Industries would ever be able to bring the series back to its best. Thankfully, that’s exactly what Halo Infinite has done. Not only does it boast the best combat in the series to date (which is ridiculously high praise in and of itself), it also blends that with an excellently implemented open world setting, rewarding progression, and ingenious new mechanics like permanent equipment, with the Grappleshot being a particular highlight. On the multiplayer front, things are just as impressive, and this is easily a game that players can pour dozens upon dozens of hours into. With consistent and quick improvements – which certainly has been the case already, even in these early days – Halo Infinite is only going to get better. 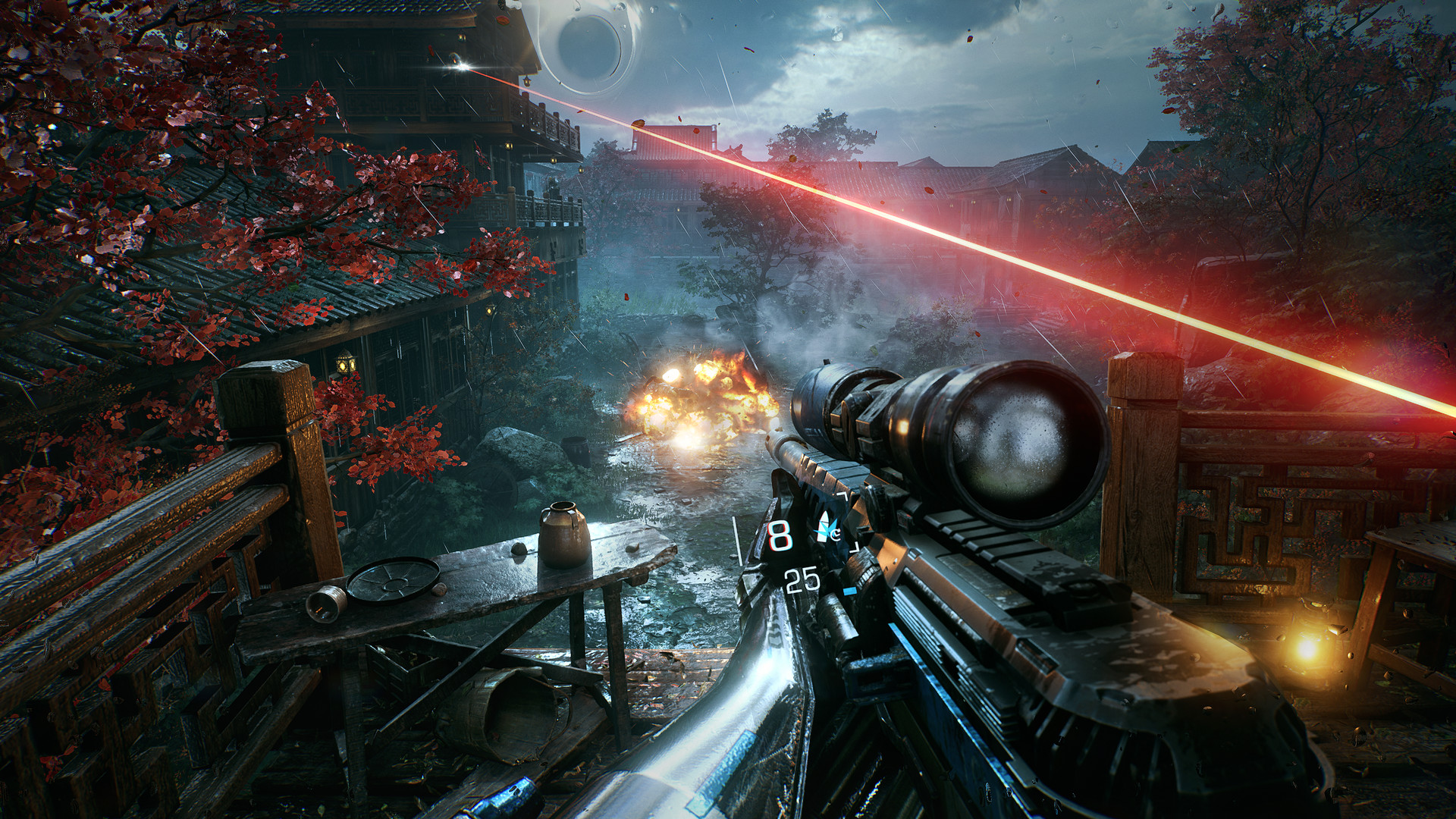 Bright Memory: Infinite is all flash and a surprising amount of substance. Made largely by a single developer, this is a game that never rests on its laurels, and keeps on coming up with new ways to surprise its players. Its brief campaign boasts excellent variety in the kinds of combat scenarios, boss encounters, and traversal challenges it comes up with, and core strengths like slick movement and satisfying gunplay, among others, ensure that it remains fundamentally fun no matter what you’re doing. 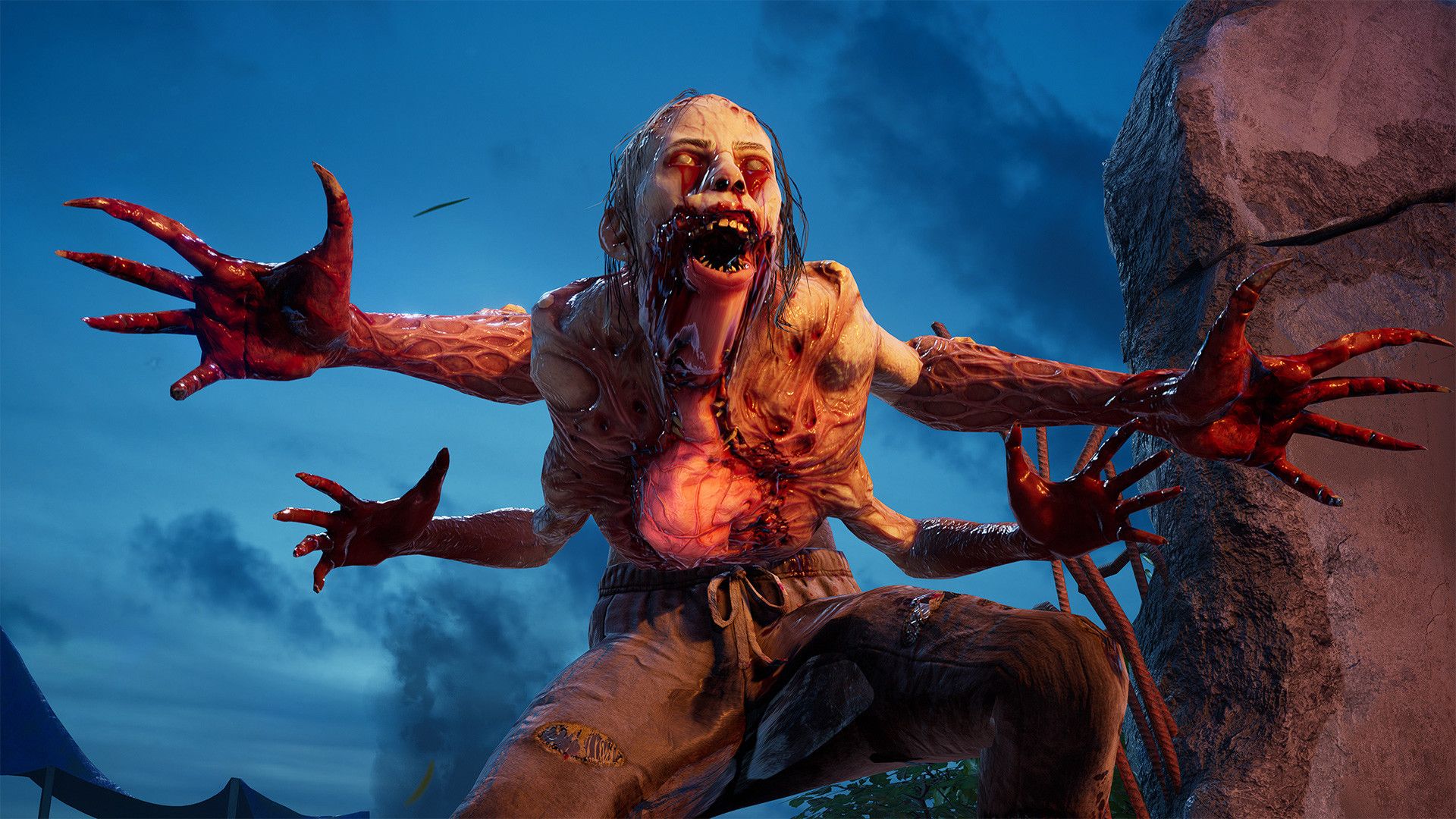 Left 4 Dead fans have been desperate for a sequel to Valve’s beloved series for an interminably long time, and while that still hasn’t arrived, the original developers of the first Left 4 Dead took it upon themselves to deliver a spiritual successor. And thankfully, Back 4 Blood is amazing. It’s a brutal, thrilling, challenging romp that demands that players work together to overcome overwhelming odds. Excellent enemy variety, explosive combat encounters, and a deep and rewarding progression system all come together to deliver what is probably one of the most fundamentally enjoyable shooters we’ve played in quite some time. 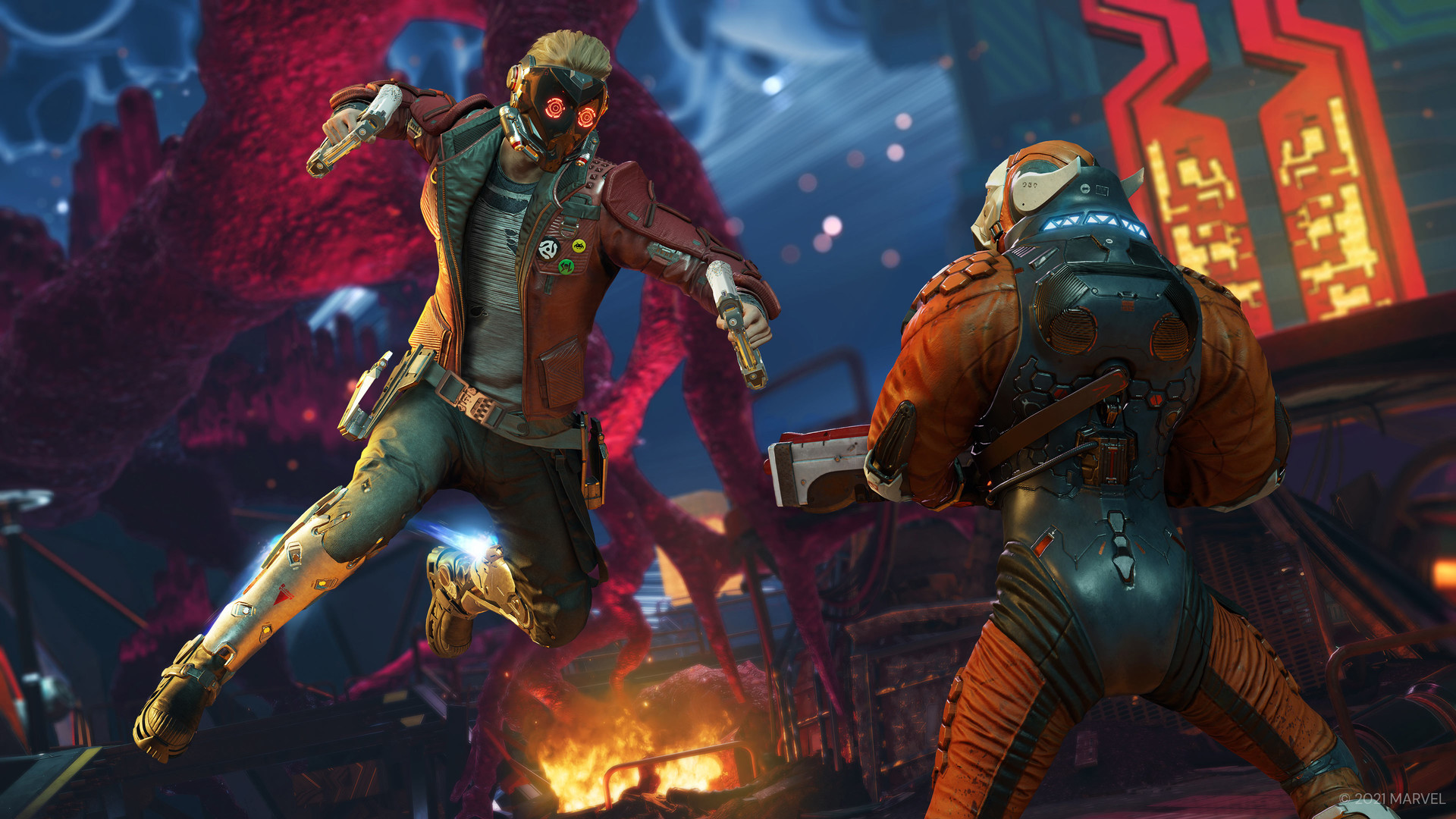 Given how badly Marvel’s Avengers burned us, it’s no surprise that Marvel’s Guardians of the Galaxy was met with healthy skepticism pretty much since the day it was announced. Of course, when it actually launched, it ended up surprising pretty much everyone that played it. This is easily one of 2021’s best and biggest surprises, and though the actual shooting and combat on offer here aren’t the game’s strongest aspects (that would be the story and the characters), it’s not anything to scoff at either. Blasting foes and using the full extent of the Guardians’ abilities in conjunction with each other to rip and tear through enemy groups always remains fun throughout the entirety of the experience.

By its very nature, Returnal is a game that not everyone will be able to get into- it’s brutally challenging, and its roguelike structure can put off people pretty easily. But those who do get into it will be rewarded with one of the best games of 2021. With Returnal, Housemarque has finally made a splash on the big stage and cemented itself as a developer that can deliver excellent action that is propped up by stunning technical achievements, captivating storytelling, and ingenious game design. Even when every strand in the game’s web of systems is working together to present unforgiving and seemingly insurmountable hurdles, Returnal’s sheer breadth and scale of collective pros compel players to keep going, and keep going- for one more run, then another, then another. That’s the hallmark of any good roguelike shooter, and Returnal is one of the very best.