10 Gorgeous Environments of this Generation [Gallery]

If you skim the comments board of any trailers or screenshots for upcoming games, the first thing you’ll notice is how a large majority of these opinions all revolve around a game’s visuals. Yet, whilst realistic animations and character models are all well and good, it is often a game’s world and environments that draws us into our favourite titles initially. In commemoration of the fantastic lands we gamers love exploring, here’s a run down of some of the best on our current generation of consoles.
Please use the back-next button to navigate through the gallery. 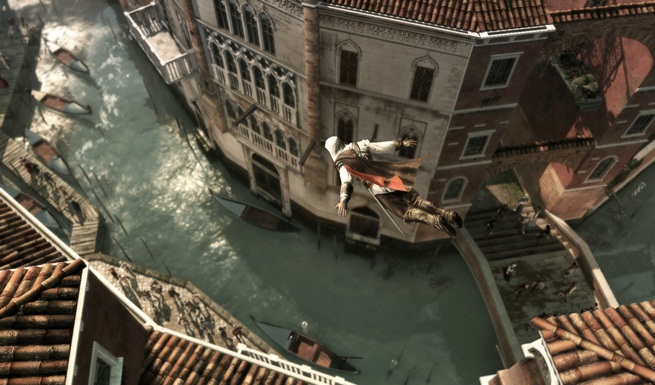 I've had the pleasure of visiting Venice and Rome and they are both breathtaking cities. Yet, as beautiful as they are, they're almost trumped by their rendered counterparts in the Assassin's Creed series. Whether you're playing the second title of the franchise or Brotherhood, Italy has never looked so swish. The bustling market centres and eclectic architecture make the worlds of Assassin's Creed a joy to navigate and, considering half the game is about platforming and free-running, it's a gift that just keeps on giving. Extra brownie points are also awarded for attempting to recreate Renaissance culture. Who cares if its historically accurate? Any game that can throw in so many famous 15th and 16th century figures into one story gets my respect.

These ten entries are but a few of the myriad of great looking game worlds out there. Help us spread the word by telling us which environments you think should be recognised in the comments section below.