10 Of The Best Reload Animations In Gaming

Developers seem to pour huge amounts of time and money into making guns feel satisfying. If you’ve ever played an FPS where an M16 feels like paper mache, you’ll understand the importance of this particular element. One element of marksmanship that few developers spend as much time on is the reload, an equally important part of bringing a shooting game alive. In order to give credit where credit is due, here’s a run down of ten of the best reload animations in gaming.

Valve have been honing the source engine for years now, and nothing showed of this polish more than the animations in Left 4 Dead. Both games in the series have featured smooth and fluid visuals throughout, even if they might not be as technically impressive as the visuals on display in competing shooters. Complementing the awesome reload animations in the game was the lighting engine. What with the flashlights used by the survivors being taped to their guns, it meant each reload plunged you into brief and terrifying darkness.

Call of Duty: Black Ops with sleight of hand – Any Weapon 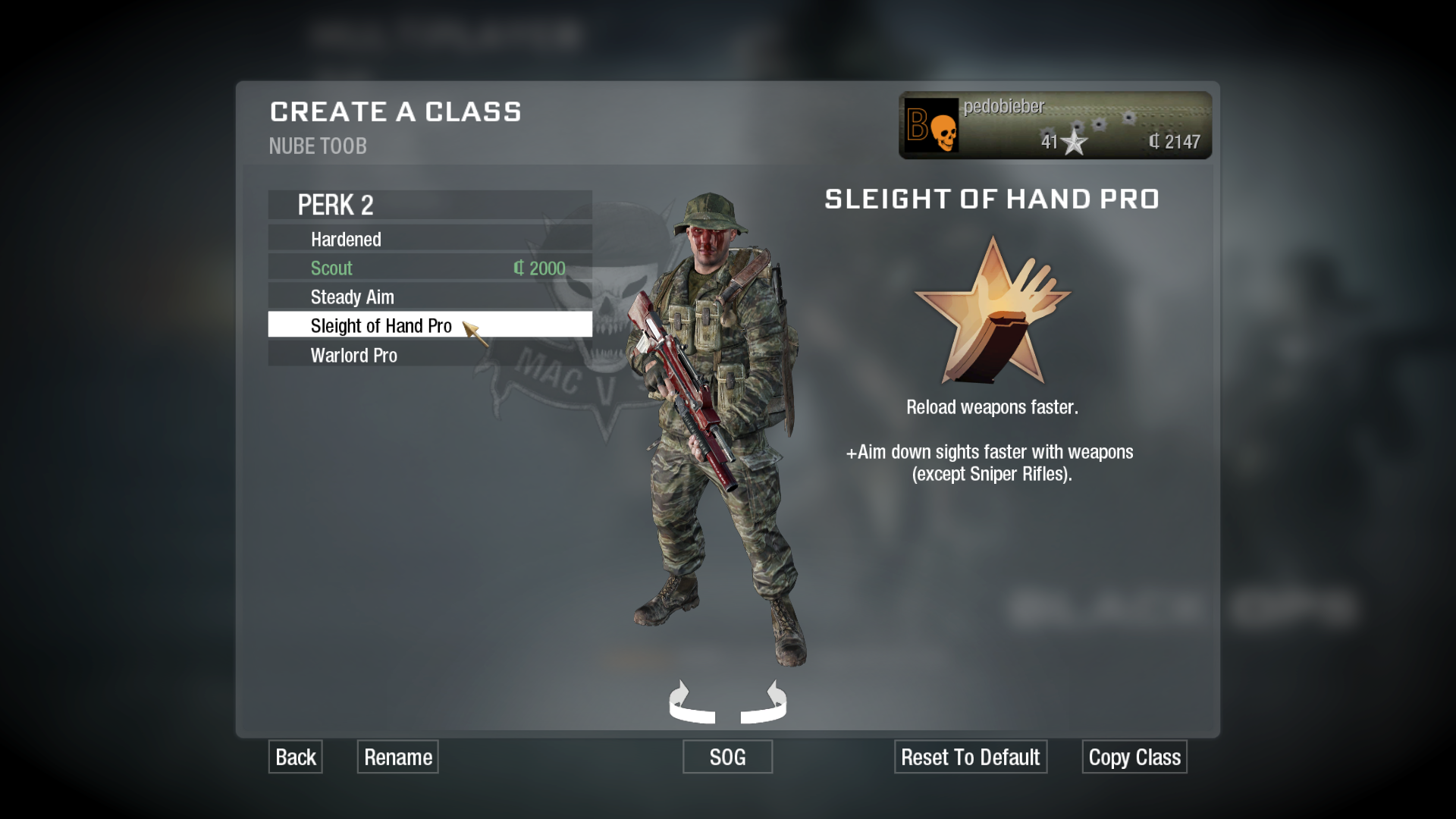 Sometimes a little extra time is all you need

You could substitute any of the Call of Duty games since Modern Warfare onwards, as long as you have the sleight of hand perk equipped. The reload animations are pretty sound already, but something about the speed with which they are done with sleight of hand makes it seem a lot more satisfying. I can’t quite put my finger on it, but it just seems so much more captivating.

Most of the games on this list are played from a first person perspective, something that sometimes hinders ones’ appreciation of a good reload animation. The third person perspective offers a more full look at a reload, and of all the third person shooters out there, Resident Evil 4 offered some of the coolest reload animations. The Broken Butterfly in particular just felt “right” when you loaded the shells into the chamber.