When you first bought your Wii, you may have liked its looks. But after having seen the same design for more than a year it can become boring. It becomes an eyesore and you might find yourself wanting to replace it with some other console. While you can’t buy a new console every year, you can try out the mods that make your Wii look new and unique. These mods that I have collected are some of the best ones out there. You will surely love most of them. So, here is the list of best Wii Mods available. The numbering is completely random and is not based on any kind of ranking. 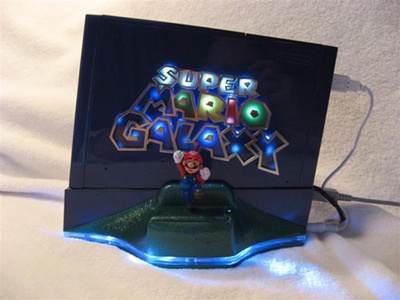 Featuring Mario on the side of the Nintendo Wii, this mod looks very sweet. Can you see Mario dancing with his leg up? A very nice touch by the developer indeed. 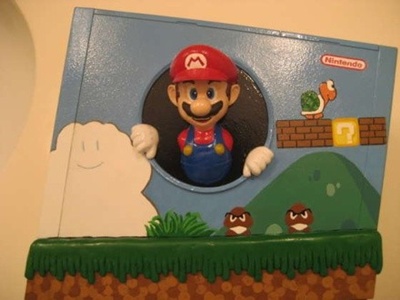 Sweet and simple is the term which best fits this mod case. The Mario popping out of the Wii and the various enemies which were used in the first Mario games are amazingly depicted on the case. 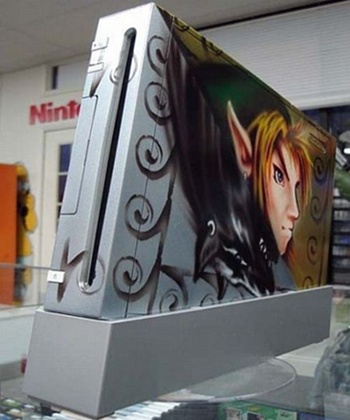 This one looks pretty flashy. The guy who developed this must be a true artist as this one is done by oil paint. Who says gamers are not talented? 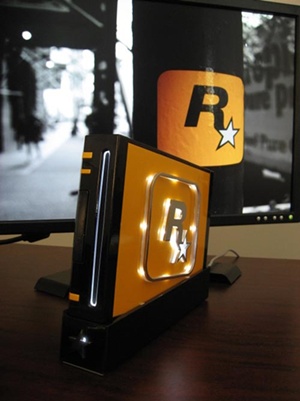 This is again a pretty simple but ‘rocking’ mod case. The led’s glowing around the RockStar logo look stunning. 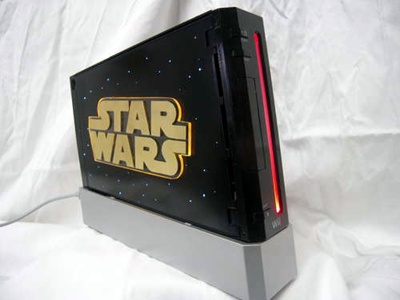 Looking amazing on the black Wii, the Star Wars symbol sure looks sparkly. It would have been the icing on the cake if there were a few characters from the series embedded on the case though. 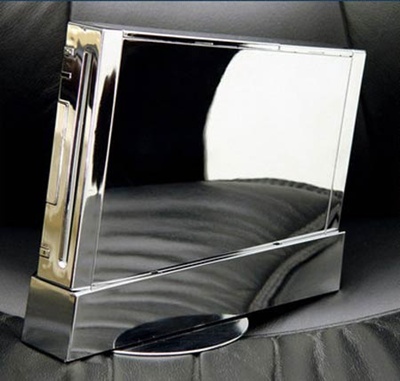 Sleek and sexy, this Wii mod has a pretty good feel about it. Many would assume that the design of the mod is a bit weak, but this one looks better than many of the chrome cases out there.

7. Sword and the Shield Case: 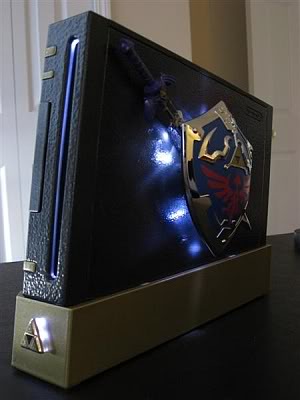 Featuring a Knights sword and shield over a rough case, this mod is an ideal choice for gamers who play some of the more action-orientated games on the Wii. 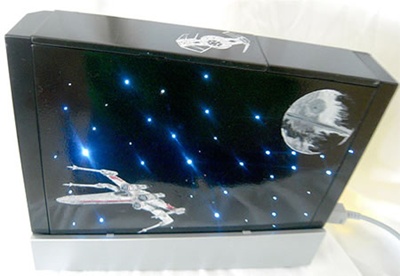 The best part of this case is that it actually represents space. The spaceship, some sort of a planet and the blinking LED’s representing the stars make this case a must have for sci-fi loving Wii owners. 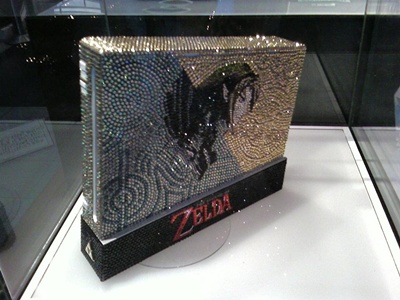 What can I say about this one? A Wii embedded with diamonds with Zelda in between.. what more do you want? The downside: This case will probably burn holes in your pockets.

These are some of the best artistic design on Wii cases that I have ever seen. You can buy these from here. 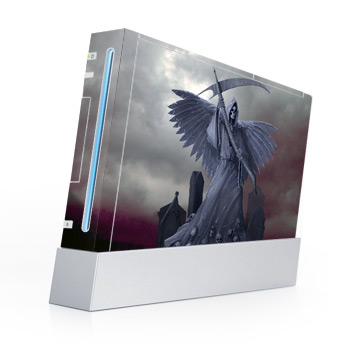 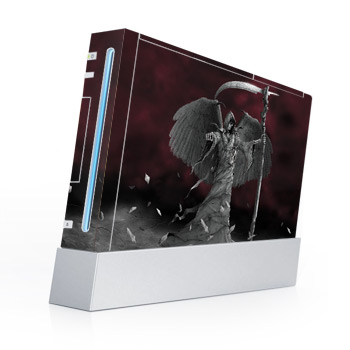 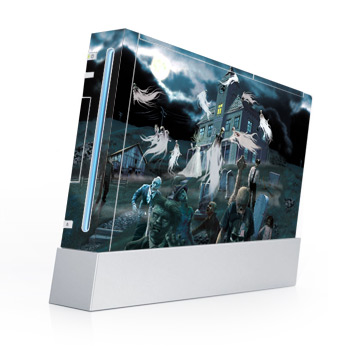 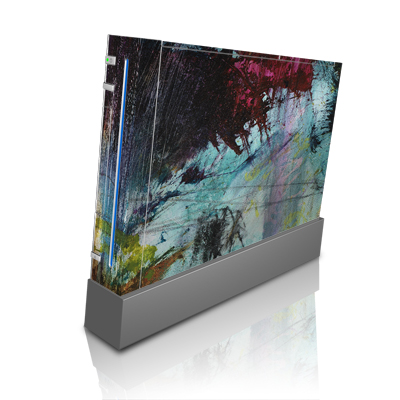